Liberalization did not lift poverty; it did the opposite 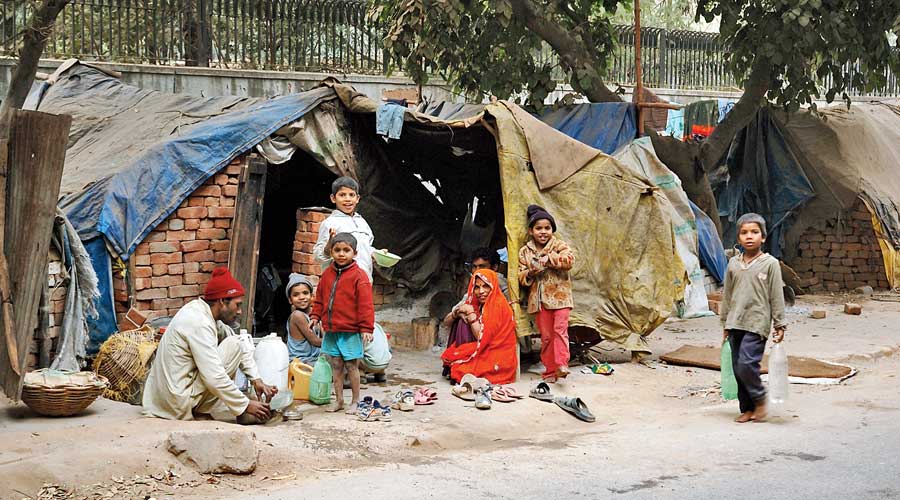 A common impression about the Indian economy is that the entire pre-liberalization period was marked by a low growth rate of the gross domestic product, and persistent, if not growing, poverty, and that with the introduction of neo-liberal policies, the growth rate accelerated and millions were lifted out of poverty; but Narendra Modi, with his demonetization of currency notes and the goods and services tax, has, of late, caused a reversal of this improvement, to which the pandemic of course has greatly added.

This impression is erroneous. No doubt, Modi’s demonetization and GST have hurt the informal economy, where the bulk of the workforce is employed, causing acute and pervasive distress; and no doubt this distress has been compounded by the pandemic. But the reading of the pre-Modi years is entirely wrong.

The mass distress of the working people and the rise in the proportion of the absolutely poor in total population began with liberalization. The earlier period after Independence had kept the poverty ratio in check; it is liberalization, in spite of an acceleration in GDP growth, that has seen an increase in the ratio of poverty-afflicted population in the total. The mass suicides of peasants, unheard of earlier, began with liberalization; but, apart from suicides, there is also direct and compelling evidence of an increase in the poverty-ratio.

Poverty estimates in India began systematically in 1973-74. Persons who could not access 2,400 calories per day in rural India and 2,100 calories in urban India were defined as poor (but in practice, a lower-2,200-calorie rural norm was actually applied). The National Sample Survey conducts a large sample survey every five years, obtaining data on both  spending by people and quantities of food consumed, from which nutritional intake can be worked out; hence, the percentage of the population that is poor on this criterion can be determined. The percentages of the poor in rural India were 56 in 1973-74, 56 in 1983-84, 58 in 1993-94, and 68 in 2011-12. The corresponding figures for urban India were 60, 59, 57 and 65. These figures are in conformity with other trends given in NSS reports, such as declining average daily calorie intake for the rural and urban populations as a whole.

It is clear that the poverty ratio, which was not increasing, though not declining either, in the pre-liberalization period, has climbed up noticeably after liberalization in the early Nineties. The next large consumption survey, for 2017-18, showed such a drop in real spending and in nutritional intake, and hence such an alarming increase in poverty, that the government decided to suppress the findings and to discontinue the surveys in the old form, though they had been designed by P.C. Mahalanobis. The rise in poverty on this criterion after the introduction of neo-liberalism, and only after the introduction of neo-liberalism, is thus indubitable.

We do not have information for the period before 1973-74. It is possible that poverty had declined after Independence, up to 1973-74. This would be in conformity with the fact that per capita availability of foodgrains that had declined in British India from 200 kilogrammes around 1900-01 to only 137 kg in 1946, started climbing back after Independence, reaching about 180 kg by 1990-91. But no matter whether the trend in the poverty-ratio before 1973-74 was flat or declining, the post 1993-94 trend has certainly been upwards.

It also makes theoretical sense. Neo-liberalism has meant two things. One is the withdrawal of State support to peasant agriculture (the withdrawal of the last vestige of such support in the form of minimum support prices for some remaining crops has just been defeated by the peasant agitation). This has reduced peasant incomes, made them vulnerable to price fluctuations (especially in those cash crops where price support no longer exists), and pushed them into greater debt and distress. Lakhs of poor peasants have migrated to cities in search of employment.

The second implication of neo-liberalism has been the removal of all restrictions on the introduction of technological change. This follows from the lowering of trade restrictions; to withstand foreign competition, new technology must be introduced, and such technology is typically labour-saving. Hence the rate of growth of labour productivity has increased along with the rate of GDP growth, so that the growth-rate of employment which is the excess of the latter over the former has come down compared to earlier.

Under dirigisme, GDP growth was 3.5 to 4 per cent per annum but employment growth was about 2 per cent; under neo-liberalism however GDP growth may have doubled to 7-8 per cent (before the recent slowdown) but employment growth has halved to about 1 per cent per annum, which is too low to absorb the natural increase in workforce, let alone the displaced peasants migrating from the countryside.

The result has been the sharing of a given amount of work among more workers, impoverishing all of them. It has also reduced the bargaining strength of organized workers, hurting their real wages. All these have accentuated poverty. Waiting for poverty to be significantly reduced under neo-liberalism is like ‘Waiting for Godot’ in Samuel Beckett’s play.