Advertisement
Home / Opinion / Letters to the Editor: Winter will soon become a thing of the past in Calcutta

Letters to the Editor: Winter will soon become a thing of the past in Calcutta 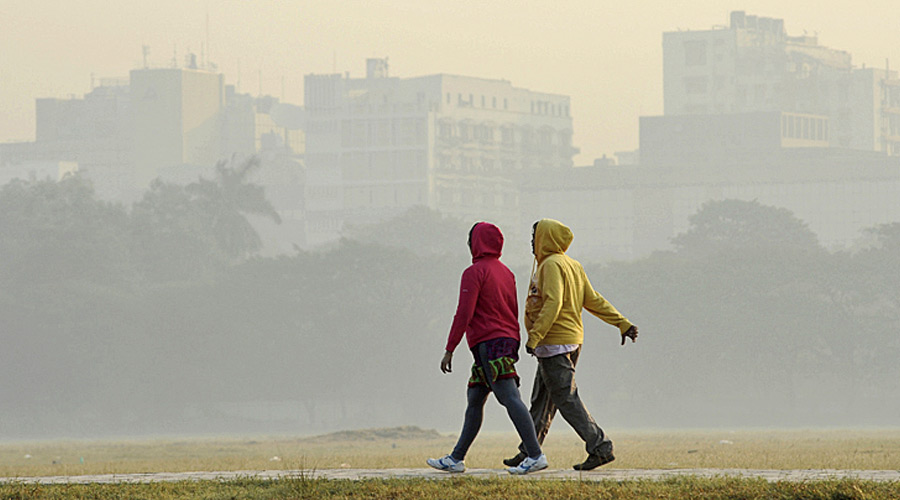 Sir — The unpredictability of winter has come as a damper for the City of Joy. Gone are the days when the skies would remain clear for the better part of December and January and people would make the most of it by thronging to soak up the sun at the Maidan and the zoo. In recent years, the winter sun has been elusive. People are often forced to weather short, cold spells interspersed with overcast skies and even rain. If the sunless skies do not lead people to wake up to the challenges posed by climate change, winter will soon become a thing of the past in Calcutta. While it is unlikely that Calcutta will experience the bright winters of yore, the situation can certainly be stopped from deteriorating further.

Sir — Several colleges in Karnataka have barred Muslim students wearing the hijab from entering the premises, citing a violation of the dress code (“Hijab bar spreads in colleges”, Feb 5). Some of the colleges later permitted students to enter the premises, but segregated them and did not let them attend classes. This restriction is against the fundamental right to freedom of religion as well as choice.

It is obvious that this move is motivated by religious intolerance. We must not forget that India is a secular nation. The unity of a country depends on celebrating the diversity of its people.

Sir — Wearing the hijab — a matter of personal choice for Muslim women — has become a contentious issue. India allows all communities to freely profess and practice their religion. It is thus condemnable that schools and colleges are barring Muslim students from wearing the hijab. A single-judge bench of the Karnataka high court, which was hearing petitions on the matter, has referred the issue to a larger bench. One hopes that the students, the educational institutions and political parties will maintain decorum till the court arrives at a decision.

Sir — Students being barred from attending classes for wearing hijabs is a regressive move and a clear violation of fundamental rights. Article 25 of the Constitution, which guarantees the right to freely practice one’s religion, permits all citizens, including Muslim women, to wear articles of clothing that are of religious significance. It is unfortunate that the students, who were forced to remain at home for the past two years owing to the Covid-19 pandemic, are now having to face yet another hurdle in the path of their education.

Sir — It is disheartening that a section of male students in a Karnataka college turned up in saffron scarves chanting Jai Shri Ram to counter the protests against the banning of the hijab from some institutions. Such religious polarization must be nipped in the bud by the authorities.

Sir — It was sad to learn that the veteran singer, Lata Mangeshkar — she earned the sobriquet, ‘Nightingale of India’, for her melodious voice — has passed away at the age of 92 (“The sweetest of all sounds”, Feb 7). Mangeshkar lent her voice to around 25,000 songs in 36 languages. With her indefatigable zeal, hard work and discipline, she scaled unsurmountable heights in the male-dominated Hindi film and music industry. Her songs transcended caste, creed and religion and united music lovers across borders.

Sir — During my school days, I was enchanted by the song, “Kahin deep jale kahin dil”, by Lata Mangeshkar. When “Ae mere watan ke logon”, the patriotic song commemorating the Indian soldiers who lost their lives in the 1962 Sino-Indian war, was played, it also evoked Republic Day celebrations. She has enthralled music lovers for nearly eight decades with melodious numbers sung in multiple Indian languages. The government must honour her inimitable legacy with a museum showcasing her work.

Sir — The demise of the legendary singer, Lata Mangeshkar, brought down the curtains on a golden era of Indian music. She began working at a time when sound technology was in its nascent stage, and thus depended solely on her voice; budding musicians must take lessons from this. The originality of her renditions and her ability to sing in a variety of genres must be lauded. Her contribution to music is irreplaceable.

Sir — The Life Insurance Corporation of India has taken the right decision by offering customers a chance to revive individual lapsed policies that are within the premium paying term (“LIC to revive policies”, Feb 6). This will come as a relief for those who could not maintain their policies when they lost their jobs at the peak of the pandemic. As the economy slowly recovers, many have begun earning once again; they can now afford to revive their policies without having to start from scratch.

Sir — While there is always a lot of buzz around the Summer Olympics amongst Indians, the Winter Games continue to evade interest. This year, the skier, Arif Khan — he is the first Indian to qualify for two events of the same edition of the Games — is the only Indian athlete participating in Beijing. The Indian government dropped winter sports from its priority list in 1998 and is yet to reinstate it. Nonetheless, we must cheer for Khan.