Letters to the Editor: Why overlook Paralympic gold medallists?

Readers write in from Bangalore, Udiapur, Santiniketan, Mumbai and Calcutta 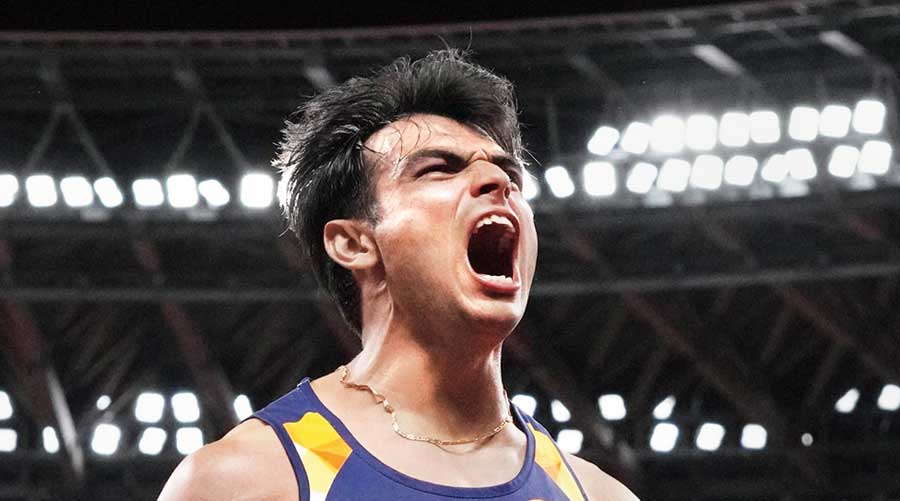 Sir — Indian athletes performed remarkably well at the 2021 Tokyo Olympics and Paralympics, bringing home multiple gold medals. Yet, Neeraj Chopra, who won the sole gold medal at the Summer Olympics, has been featured in advertisements and magazine covers whereas the five Paralympic gold medallists have been largely overlooked. Chopra should certainly be celebrated for his achievements, but is there any reason why the same attention cannot be paid to para-athletes? It seems that even the highest accolades cannot end the apathy faced by para-athletes.

Sir — The recent Chinese incursions into Indian territory and the inability of the two governments to resolve the crisis are cause for concern (“Deadlocked”, Oct 14). After 13 rounds of negotiation, New Delhi and Beijing are yet to make any headway in resolving the 17-month-long stand-off. The Line of Actual Control has been
disputed for years, but China’s commitment to the wolf-warrior diplomatic strategy under Xi Jinping has further shrunk room for discussion.

India is right to forge partnerships with the United States of America, Australia and Japan through the Quad. With the Chinese government building infrastructure along the Indo-China border, New Delhi would need all the help possible in battling the looming threat to India’s territorial sovereignty. We must improve our infrastructure, lines of communication and defence preparedness along the LAC so that we are not blindsided in the future.

Sir — It is unlikely that India and China will be able to resolve the border crisis without third-party arbitration. India is in no position to go to war with China but neither can it concede its territory. New Delhi should not let this escalate any further.

Sir — It is shocking to learn that 500,000 Indians die annually because of non-availability of organs (“Honour the dead”, Oct 12). Data reveal that between 2014-19, there were approximately 0.5 donors per million per year which accounted for a little over 800 deceased donations annually. These are worrying numbers for a country where the population stands above a billion.

There are several socio-cultural reasons why Indians are reluctant to donate their organs but one of the foremost — and avoidable — reasons why organ donations fail is because families are either unaware of the deceased’s decision or they do not notify hospitals on time. Bappaditya Mukhopadhyay has identified five key players: the donor, the agency that registered the donor, the hospital where the patient died, the recipient hospital, and the donor’s family members as crucial to the process. It is not difficult to plug these gaps and a well-maintained database will resolve many of the issues.

Sir — A large number of Indians shy away from organ donations because of religious and cultural notions attached to the sanctity of the body. We must have open conversations about the necessity of organ donation and the massive harm caused by such beliefs if we hope to change the current situation.

Sir — The silence of the government on the Pandora papers is completely unacceptable. Before coming to power, Narendra Modi had been vocal about punishing those guilty of tax evasion and bringing kala dhan back to India. It is now evident that those were just pre-election claims — the home minister, Amit Shah, even clarified that Modi’s declaration of depositing Rs 15 lakh in the banks of Indians is a jumla and must not be taken literally. The government is simply not interested in resolving the crisis.