Advertisement
Home / Opinion / Letters to the Editor: Why is human misery so popular on television?

Letters to the Editor: Why is human misery so popular on television? 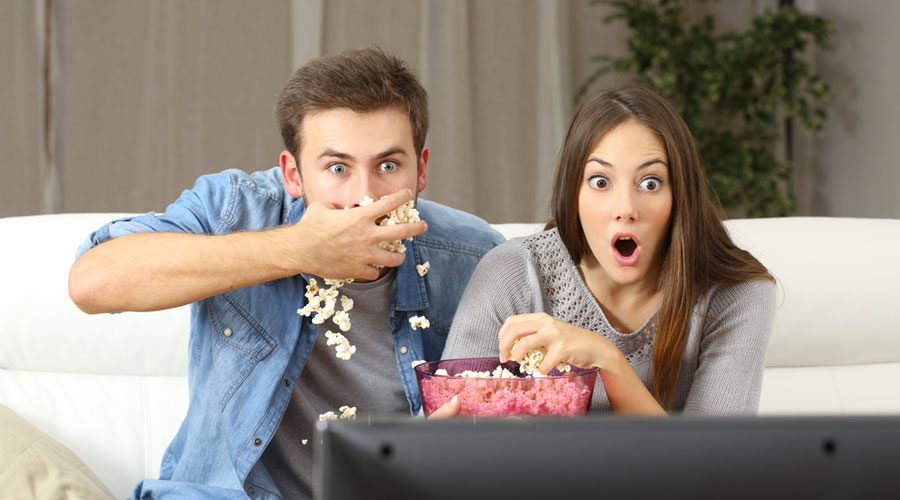 Sir — There is nothing real about reality shows. Participants of several such shows, both in India and abroad, have revealed that the audience claps on cue and that much of what happens is scripted. But the most disturbing part about these shows is the way in which they capitalize on a participant’s struggles. Everything, from a difficult relationship with one’s parents to financial problems and heartbreak, becomes fodder for higher TRPs. Audiences, too, gobble up what is dished out to them unquestioningly. But what is it about human misery that makes it so popular on television? Is it because of the catharsis experienced from witnessing tragedy or is it the age-old fascination for bloodsport?

Sir — The leader of the Opposition in the West Bengal legislative assembly, Suvendu Adhikari, has allegedly threatened four MLAs with income tax raids and even bodily harm on the floor of the House (“Privilege motion test for Suvendu”, Mar 18). The four leaders in question had won the assembly elections on Bharatiya Janata Party tickets but then defected to the Trinamul Congress. The Speaker, Biman Banerjee, has accepted the privilege motions against Adhikari. If the privilege committee finds Adhikari guilty, he should not be shown any mercy. The sanctity of the House cannot be compromised. The Speaker, thus, needs to be strict with Adhikari.

Sir — The BJP is getting a taste of its own medicine in West Bengal with party members defecting to the ruling Trinamul Congress. This may be a bitter pill to swallow for the saffron party, but issuing threats to elected representatives on the floor of the House cannot be tolerated. Suvendu Adhikari must be punished for his brazen behaviour.

Sir — It is unfortunate that Swapan Dasgupta found no-thing wrong with the Treasury benches giving the prime minister, Narendra Modi, a standing ovation in the Lok Sabha following the Bharatiya Janata Party’s performance in the recent assembly elections (“New engagement”, Mar 17). It made the Lok Sabha seem like the BJP headquarters instead of a House of elected representatives. On the other hand, the Congress and other Opposition parties behaved maturely.

Dasgupta is pleased about the BJP’s performance and predicts that there is little chance of going back to the era before 2014. However, the Aam Aadmi Party’s victory in Punjab holds out hope for pluralism in India.

Sir — Madappally in Kerala’s Kottayam district has become the epicentre of protests against the SilverLine semi-high speed rail project. The police recently clashed with protesters, including women and children, who were agitating against the laying of survey stones for the project in the area. It was unfortunate that women and children were mistreated. Videos of the incident revealed the sorry state of law and order under the Pinarayi Vijayan regime. People’s voices being crushed has now become the norm.

Sir — The fresh surge in Covid-19 cases across the globe is disquieting. East Asian countries like China and South Korea, parts of Africa, the United States of America, the United Kingdom as well as Europe have seen a rise in cases. The ‘stealth’ sub-variant of Omicron, BA.2, is allegedly behind this surge. Even though the strength of the sub-variant is unknown, it is no secret that mutated viruses can pose serious risks.

While it is true that the daily Covid count is dipping in India, the pandemic is far from over. We must stay alert and step up genome sequencing, disease surveillance and booster dose programmes. It has been three years since the pandemic began, so it is natural to feel fatigued when it comes to precautionary measures. But we must keep our guards up.

Sir — The Reserve Bank of India has launched UPI123Pay, an offline platform for digital monetary transactions made especially for feature phones. This will benefit people in remote areas as well as those who cannot afford smartphones. But it is important to promote awareness about digital transactions first. One way of doing this would be through television and newspapers. Additionally, public sector banks should have staff in each branch to teach customers how to use this system. If there is a shortage of staff, this role could be outsourced.

Sir — The badminton ace, Lakshya Sen, must be congratulated for defeating the World No. 3, Anders Antonsen, in the men’s singles quarter-finals at the All England Championships even though he lost in the finals (“Lakshya falls at final hurdle”, Mar 21). Besides his tactical acumen, his grit and mental strength were also on display against Antonsen. Even though he had to settle for a silver, he showed remarkable spirit. Sen is fast becoming an inspiration for youngsters. His hard work is commendable.

Sir — Mumbai police has recently banned the use of police stickers on the private vehicles of police personnel. This is to ensure that police privileges are not abused. West Bengal should adopt this policy as well.