Advertisement
Home / Opinion / Letters to the Editor: Why Elon Musk must rethink its China showroom ploy

Letters to the Editor: Why Elon Musk must rethink its China showroom ploy 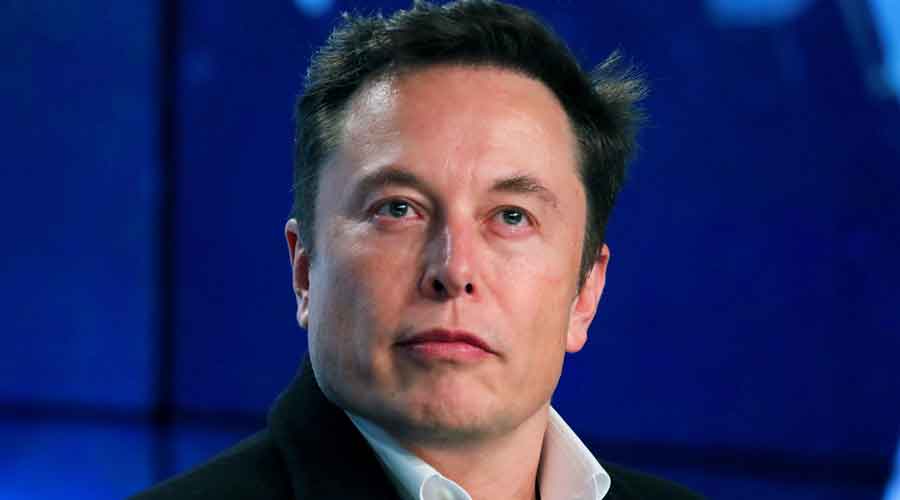 Sir — Even a small thoughtless step can have far-reaching consequences. At a time when several companies have condemned the alleged subjugation and genocide of Uighur Muslim in Xinjiang by China, the electric car maker, Tesla, thought it would be wise to open a showroom in Urumqi. This move comes days after China lashed out at SpaceX — the aerospace company as well as Tesla are owned by Elon Musk — for flying two of its satellites close to the Chinese space station. The showroom may endear Musk, once again, to the Chinese authorities but this decision will enable the government to continue its mistreatment of minorities without fear of economic losses. Musk must rethink the decision.

Sir — The manner in which the Indian men’s cricket team trounced South Africa by 113 runs to clinch the Centurion Test was remarkable (“Centurion falls as bowlers help India end year with another Test triumph”, Dec 31). While it is indeed a team effort, fast bowlers such as Mohammed Shami, Jasprit Bumrah, Mohammed Siraj and Ravichandran Ashwin deserve special mention. The opening partnership between K.L. Rahul and Mayank Agarwal in the first innings, too, was crucial. The new head coach, Rahul Dravid, seems to be steering the team in the right direction.

Sir — The Indian team began the year, 2021, with a historic win by defeating Australia at Brisbane’s Gabba for the first time since 1988 and clinching the four-Test series to win the Border-Gavaskar trophy. The year ended with India becoming the first Asian team to win a Test match at the Centurion.

It is incredible that even without star players like Virat Kohli or Rohit Sharma — the former did not play at Gabba while an injury prevented the latter from playing at the Centurion — the Indian team emerged victorious. K.L. Rahul, Jasprit Bumrah and Mohammed Shami played exceptionally well. One hopes there will be many such wins in the future.

Sir — The Indian cricket team has shown that it can learn from its mistakes — it had fumbled during the Twenty20 World Cup — and come back stronger.

Sir — Data from the Centre for Monitoring Indian Economy indicate that the unemployment rate in India hit a four-month high in December, rising to 7.9 per cent from 7 per cent in November (“Jobless rate at 4-month high”, January 4). This is the highest since unemployment  was at 8.3 per cent in August 2021. It shows that the Centre has not done enough to alleviate the situation.

Sir — Crores of people in India lost their jobs during the two waves of the pandemic. Many of them are still struggling to make ends meet. Additionally, fresh graduates are also looking for jobs. But rather than focusing on generating employment, the Centre is busy spouting an imaginary rhetoric on development that the country has allegedly seen in the last seven years.

Sir — It is unfortunate that the Election Commission has decided to go ahead with the Uttar Pradesh assembly elections as per schedule. This decision comes on the heels of an observation by the Allahabad High Court advising the EC to ban political rallies immediately and postpone the elections by a couple of months in the light of the third wave.

Election rallies and polling booths are fertile grounds for the spread of the novel coronavirus. It is imperative that the government prioritized the well-being of the people.The Uttar Pradesh elections should have been postponed.

Sir — While it is heartening that police personnel and civic volunteers are distributing masks at various places in Calcutta, it is a shame that people still refuse to adhere to basic Covid-19 safety protocols. Not only do they risk infection but they also endanger people around them. As we have seen, being vaccinated is not adequate protection against the rapidly-mutating virus. Perhaps a heftier fine — in Calcutta the fine for not wearing masks in public is Rs 100 — will be a more effective deterrent.

Sir — The Brihanmumbai Municipal Corporation collected a staggering sum of Rs 64.11 crore last year by penalizing around 3.1 million people who did not wear masks. This shows that monetary penalties are simply not enough.

Governments must ramp up awareness drives, especially among those who have already been vaccinated. Vaccination is no reason for laxity — the Omicron variant has a high rate of infection among the vaccinated. Awareness campaigns may be the only way to make people aware of the enduring threat posed by Covid-19.

Sir — A wonderful cartoon being shared on social media after the demise of the veteran actress, Betty White, reads: “It says so much about your life and legacy if people think you died too soon at 99.” These words truly capture our sentiments. Iconic sitcoms like The Mary Tyler Moore Show and The Golden Girls that featured White continue to entertain viewers across generations. But few know of her adamant refusal to remove a black tap dancer, Arthur Duncan, from her show in spite of public pressure at the height of segregation. She will be missed.