Advertisement
Home / Opinion / Letters to the Editor: What would today's Tinder generation make of pen pals?

Letters to the Editor: What would today's Tinder generation make of pen pals? 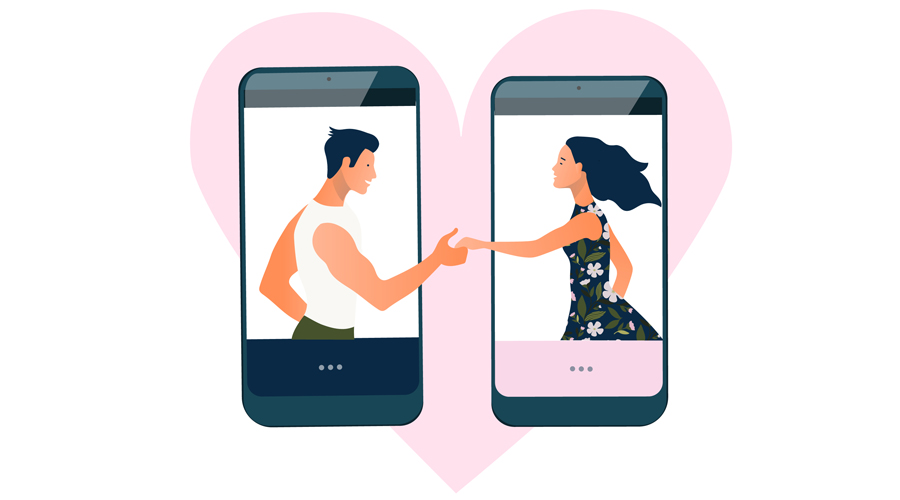 Sir — Tinder, a dating app, recently rolled out a new feature called Blind Date, which will pair users without them being able to view each other’s profile pictures and details. But users can chat for a short while before deciding whether or not to swipe right to accept a date. The idea seems to be to shift the focus away from attraction based on photographs to a closeness that can develop from conversations. This may come as a shock to members of Gen-Z — they make up over 50 per cent of Tinder’s users — who are used to swiping left and right as many as 80 times in a minute based just on photographs. One wonders what these kids would make of pen-pals, strangers who became life-long friends by just exchanging letters.

Sir — In his article, “Stifling the states” (Feb 12), Ramachandra Guha enumerated the ways in which the Narendra Modi-led government at the Centre has undermined federalism. Besides the instances Guha cited, one can also recall the Centre increasing the operational jurisdiction of the Border Security Force in West Bengal and Punjab without consulting the states. Similar disregard for the opinion of the states was also witnessed during the pandemic when the Union government took unilateral decisions without consulting the states.

Moreover, if one counts the number of times the Bharatiya Janata Party has toppled state governments by trickery, one can safely say its record is as bad as that of Indira Gandhi, who invoked Article 356 to instal state governments of her choice many times during her tenure.

Sir — Ramachandra Guha objectively analysed how, over the years, some prime ministers have subverted the federal structure of Indian governance. However, the charge of threatening the autonomy of the states, especially the ones ruled by rival parties, that he levelled against the BJP-led Centre is not new. One must also consider the fact that achieving consensus with the states on every issue may not always lead to swift policymaking. This could lead to serious imbroglios as different state governments may have different opinions.

Sir — The Kerala High Court has upheld the ban on the Malayalam news channel, MediaOne, whose transmission licence has been revoked by the Centre. It is troubling that the verdict seems to have been arrived at by relying solely on the Central government’s rationale — on the grounds of national security (“Hammer blow”, Feb 14).

The decision not only negates the media’s right to broadcast but also the viewers’ right to know. In a democracy, it is the duty of the media to ask the government discomforting questions. Not being able to answer these questions is an indictment of wrongdoing in itself.

Sir — The editorial, “Hammer blow”, rightly argues that it is wrong to assume that the executive is always right. If anything, the judiciary and the legislature are supposed to act as checks on the executive. In a court of law, the executive must be treated on a par with the media.

Sir — The players’ auction for the Indian Premier League, 2022 witnessed intense bidding. A total of 204 players out of an estimated pool of 600 were bought by the respective IPL teams for a sum of over Rs 550 crore. The Indian wicket-keeper, Ishan Kishan, was the most lucrative purchase; Mumbai Indians acquired him for a whopping Rs 15.25 crore. However, it is sad that there were no buyers for the former run-getters of the IPL such as Suresh Raina and Chris Gayle.

Sir — The auction of players for the IPL has become a medium of financial gain for a handful. It is unfortunate that such a needless waste of money on so-called entertainment has become the primary focus at a time when the people of the country are still suffering from the ravages of the pandemic. The IPL authorities should have reconsidered broadcasting such opulence when most of the country has been pushed into destitution.

Sir — The exorbitance of the IPL is bound to affect the skill of players and the quality of domestic matches. The large sums of money spent on young players spoil them, preventing them from honing their skills in order to get selected for tournaments like the Ranji Trophy. Yet, it is domestic tournaments that form the backbone of Indian cricket.

Sir — The assembly election in Goa has been in the limelight even though only 40 seats are up for grabs. Several political parties — including ones with little standing in the region — are in the fray in the small state. There is no perceptible wave in favour of any one party. The absence of a clear favourite might be because of the fact that in most of Goa, individual candidates hold more sway locally than any single party. The result of the elections can thus be a difficult puzzle to solve.

Sir — Winter is finally giving way to spring and Delhi is, once again, covered in colourful flowers and lush greenery. Places like the Mughal Gardens at the Rashtrapati Bhavan and the Lodhi Garden are must visits around this time.