Advertisement
Home / Opinion / Letters to the Editor: Time to stop considering the West as hub of all intellectual activities

Letters to the Editor: Time to stop considering the West as hub of all intellectual activities 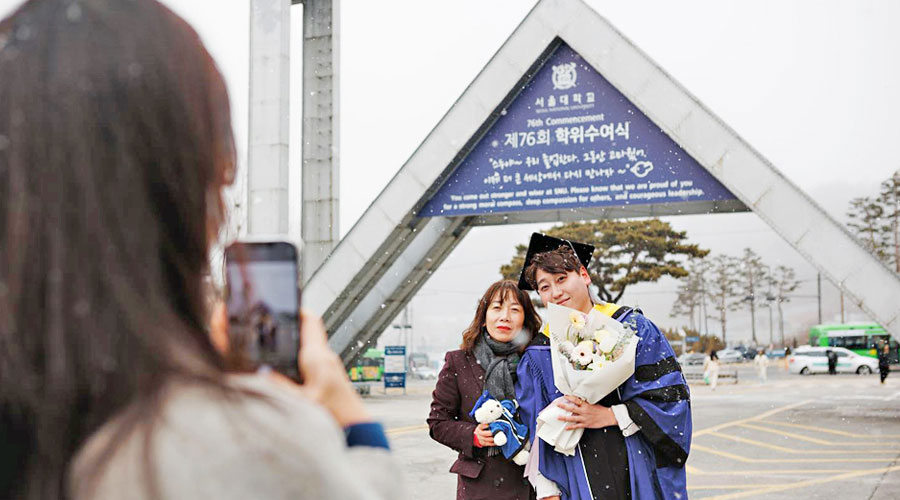 Sir — Students have long favoured the United States of America and countries in Europe for pursuing higher education. But as the West grapples with rising political and social conflict, many are now considering universities in Asia as viable alternatives. According to the latest QSranking of best student cities in 2023, Hong Kong, Seoul, Tokyo and Singapore are the top picks in Asia. ManyAsian universities have diverse international faculty and often fund research on topics that are of marginal interest to the West. It is time we stopped considering the West as the hub of all intellectual activities.

Sir — After days of speculation regarding the future of the Maha VikasAghadi government in Maharashtra, UddhavThackeray has resigned as the chief minister (“SChands off, Sena CM quits”, June 30). Reportedly, Eknath Shinde, the rebel Shiv Sena leader whose differences with the party triggered the crisis, has thesupport of 40 Sena members of the legislative assembly and 12 independent legislators. The Bharatiya Janata Party currently has 106MLAs — the halfway mark in the assembly of 288 is 144. If Shinde and his supporters rally behind the BJP, the latter will have a comfortable majority to form the government. However, it is unclear if the rebel MLAs will face disqualification under the anti-defection law. Nevertheless, it is a win for the BJP.

Sir — The fall of the MVA government in Maharashtra was inevitable. The alliance of the ShivSena, the Congress and the Nationalist Congress Party made little sense from the start and it was expected that the government would have to face its fair share of problems. The harsh truth is that Uddhav Thackeray does not have the charisma that is needed of a chief minister. In 2019, a day before the floor test in the Maharashtra assembly, the then BJP chief minister, Devendra Fadnavis, had resigned from his post as he did not have the requisite numbers. This was a difficult loss for the BJPand the party had been looking for an opportunity to win back the state. Now the BJP will have another chance at forming the state government.

Sir — The departure of Shiv Sena from its Hindutvaroots has led to its downfall. Many people thought that it was opportunistic of theShiv Sena to form a government with the support of the Congress and the NCP. This flimsy attempt at proving that varied political ideologies can coexist ultimately backfired.

Sir — The death of around 50 people in San Antonio in the United States of America is the latest catastrophe in a string of migration-related tragedies (“Migrant tragedy in Texas”, June 29). At least46 bodies were found in and around an abandoned tractor-trailer in the outskirts of the city. The victims were confined inside a noncooled tractor-trailer without water for an unspecified period of time as the temperature rose to nearly 38 degrees Celsius. Many people around the world try to migrate to the US in search of a better life. Most brave extreme circumstances, often endangering their lives to arrive at the ‘land of dreams’. The US authorities had arrested 2,39,416 people along the Mexico border in May. While there is no easy solution to the problem of illegal migration, an equitable distribution of global wealth and a helping hand to nations engulfed in crises could resolve some of the problems.

Sir — The news that several Mexican migrants died of overheating in an abandoned truck inTexas is heart-rending. The US is quick to position itself as the defender of human rights and yet such incidents keep recurring on its own soil. It is a shame that the migrants had to suffer such a painful death.

Sir — The report, “Riskygap in medical college labs” (June 28), highlights that many patients across India face the risk of being undertreated, overtreated or exposed to additional expenditure as many medical colleges do not provide critical diagnostic tests. The government must not be blind to the plight of the poor for whom public hospitals are the only way to access healthcare services. Government healthcare facilities are also understaffed and often have a shortage of essential medicines. All citizens have the right to quality, affordable healthcare.

Sir — June 29 is International Day of the Tropics. This day is marked to raise awareness about the unique challenges faced by the people living on the tropics. Although the region has just over half of the world’s renewable water resources, almost 50 per cent of its population is vulnerable to water stress. This is unfortunate.