Advertisement
Home / Opinion / Letters to the editor: Time to ponder over how we grow and consume food

Letters to the editor: Time to ponder over how we grow and consume food 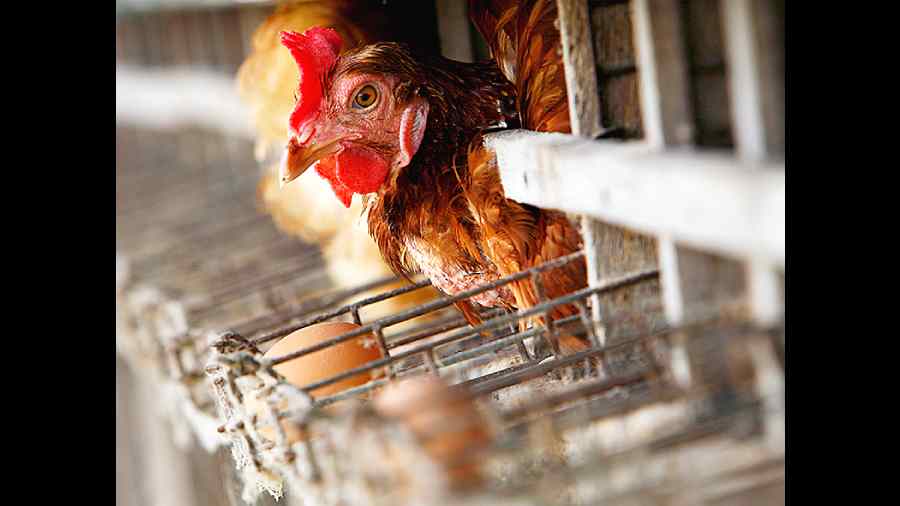 Sir — The overuse of antibiotics in animals raised for consumption has made it difficult to maintain a healthy diet. But a farmer in Thailand and academics at the Chiang Mai University are trying to gauge the impact of the use of medicinal cannabis in maintaining the health of chickens. The results indicate that the chickens are less prone to disease and the quality of meat is also superior. The medicinal benefits of cannabis have long been recognised in Thai cuisine but its use was discouraged because of Western influence on Thai society. It is time we revised our outlook on how we grow and consume food.

 Sir — The decision of the Government of India to induct youths between 17.5 and 21 years of age into the armed forces for a period of four years is similar to modernisation drives of the military in several countries (“Military Agnipath that plays with fire”, June 15). Contractual recruitments are gaining ground to curtail the cost of maintaining the armed forces. There is, however, a flip side to this. A shorter term of service will not only compromise the quality of recruits but they will also fail to develop the degree of commitment needed to serve in the armed forces. On the other hand, it could also lead to recruits working harder in the hope of being retained at the end of their four-year service.  Contractual hirings have become the norm in several government departments. In many sectors, it has proven to be fruitful. Now, it is time to see if the armed forces can adapt to the changing tide.

 Sir — The temporary appointment of soldiers to the armed forces for four years may help resolve the unemployment crisis in India for some time. However, what will happen to these soldiers after they are discharged? They will receive a lump sum amount of 11-12 lakh rupees but will not be entitled to gratuity or pension benefits. Furthermore, many believe that the scheme will have an adverse impact on the ethos and the morale within the armed forces. There is also an apprehension that around 35,000 soldiers being demobilised every year could prove to be dangerous for society if they remain unemployed.

Sir — The Narendra Modi government’s ambitious defence plan, Agnipath, has not been received well by many people. Defence aspirants in Bihar and Rajasthan have staged protests against the scheme over the lack of job security and pension. Several veterans of the armed forces have raised concerns as well. The Centre must rethink its decision.

Sir — An 11-year-old boy, who was stuck in an 80-feet-deep borewell for five days in Chhattisgarh, has been rescued by the National Disaster Response Force. The boy, Rahul Sahu, fell into the pit while playing in the backyard of his house.  The NDRF team must be lauded for its swift and immediate response to the crisis. The young boy, too, showed exceptional bravery in the face of danger. Both Sahu and the NDRF have shown immense courage and presence of mind.

Sir — June 15 is designated as World Elder Abuse Awareness Day by the International Network for Prevention of Elder Abuse. The aim is to spread awareness about growing instances of elder abuse, create an age-friendly environment, and promote integrated care. Several Western nations have schemes aimed at easing life for the ageing population — tax relief, health benefits and access to care facilities. But the elderly population in India receives very little support from the government. Most survive on a small pension or struggle to make ends meet.  Elder abuse is on the rise around the world. According to the World Health Organization, around one in six people aged 60 years and older has experienced some form of abuse in community settings in the last one year. For many elderly people, life becomes unbearable after retirement. The Indian government must put in place robust welfare schemes for them. Caring for the aged is the collective duty of the society and the State.  Vijay Singh Adhikari, Nainital

Sir — A recent study by the Energy Policy Institute at the University of Chicago has indicated that about 51 crore people living in North India are on track to lose 7.6 years of their lives if the current air pollution levels prevail. Pollution has become one of the greatest health concerns in India. The institute found that about 44 per cent of the global rise in pollution since 2013 has come from India. Since 1998, the average annual particulate pollution in India has increased by 61.4 per cent.  India holds the dubious distinction of being the second-most polluted country in the world after Bangladesh. It is unfortunate that much of South Asia is suffering from acute air pollution.