Advertisement
Home / Opinion / Letters to the Editor: The Royal Shakespeare Company must be lauded for pushing boundaries

Letters to the Editor: The Royal Shakespeare Company must be lauded for pushing boundaries 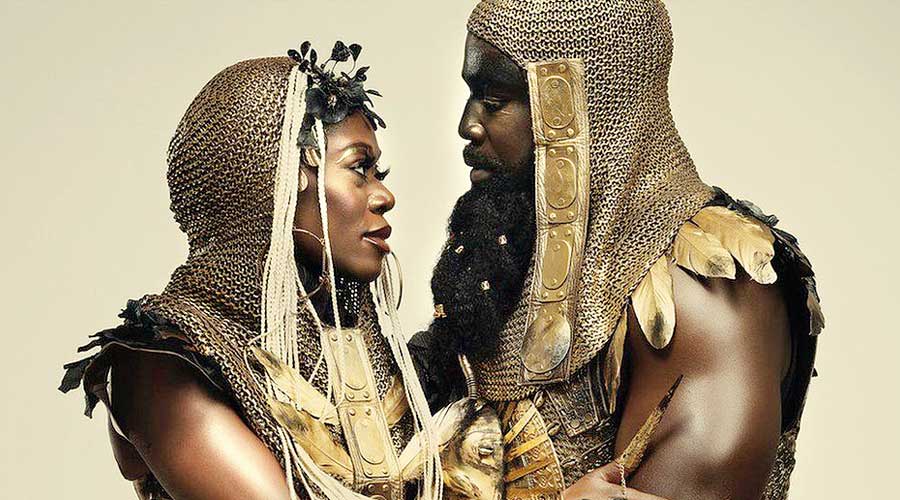 A promotional still from the upcoming production of Much Ado About Nothing
[Royal Shakespeare Company]
The Telegraph   |   Published 21.01.22, 01:03 AM

Sir — Stories must be retold according to the changing needs of the time. The Royal Shakespeare Company has set its new production of Much Ado About Nothing in an Afro-futuristic world. As expected, the company has faced backlash from certain sections for casting people of colour in lead roles. This is not the first time the RSC has pushed boundaries in diversity and representation — in 2018, it cast a British-Asian actor, Bally Gill, as Romeo and, interestingly, a woman, Charlotte Josephine, as Mercutio in Romeo and Juliet. The RSC must be lauded for its efforts. Other production houses should follow in its footsteps.

Sir — The Bihar government is right to amend its prohibition law to lighten the humongous load of liquor-related cases on the judiciary (“Bihar to dilute booze law to reduce load on courts”, Jan 18). The recent hooch tragedy in Bihar — at least eight people lost their lives in Nalanda after consuming spurious alcohol — has, once again, brought to fore debates about the effectiveness of prohibition. It is time that the state government reflects on the feasibility of the law.

According to the National Family Health Survey 2015-16, almost 29 per cent of Bihar’s population consumed alcohol, which came down to 15.5 per cent as per the NFHS 2019-20. While this is commendable, it is also true that it is the poor and the marginalized who have primarily borne the brunt of the law. Furthermore, the frequent instances of death due to the consumption of hooch liquor indicate that the Bihar government needs to do much more to raise awareness in the state.

Sir — It is time that governments understood that a blanket ban on liquor consumption will only lead to the flourishing of illegal production and sale of alcohol. Those who suffer from alcohol dependency do not give up drinking overnight and will look for a fix by hook or by crook. The people of Bihar have seen their loved ones lose their lives to poor quality alcohol. The state government must learn from its mistake and focus on improving addiction facilities in Bihar.

Sir — While it is true that the number of Indian students opting for studies abroad has increased considerably between 2016 and 2019, it is essential that we introspect why it is so (“Far shores”, Jan 14). Those who can afford to send their wards to foreign universities not only consider educational infrastructure but also employment opportunities. It is high time that the government focussed on improving the high educational infrastructure in our country and prioritized the creation of jobs.

Sir — For long, middle-class families have considered admission to a foreign university as a marker of intelligence and prestige. But as educational institutes face unprecedented governmental interference amidst massive fund cuts, many feel that their academic aspirations will remain unfulfilled unless they move to universities abroad. Some of the most prestigious medical and engineering institutes in the country suffer from an acute shortage of basic equipment. Unless the government takes note of the brewing disaster, the situation is bound to get worse.

Sir — Prince Andrew has been banished from royal life — albeit to a comfortable exile in Windsor, 20 miles west of London. He is facing charges of sexual assault and as such had become a liability to the royal family. The British monarchy is aware that its survival in the age of democracy depends on sentiment and nostalgia. Remaining pragmatic and sensitive to current public opinion is one way in which the monarchy has survived. It knows that in the times of the ‘MeToo’ movement, if the allegations against Andrew are proven true, he will no longer look good on a commemorative coffee mug. But a mere exile is no longer enough to pull the wool over the eyes of people; more decisive action is expected from the royals.

Sir — The plight of the women in Afghanistan is heart-rending. Recently, Afghan women took to the streets demanding rights to work and education (“Taliban pepper-spray protesters”, Jan 19). The global community must come to the aid of Afghan women.

Sir — The donation of Rs 40 lakh by Mousami Mohanty to the Chief Minister’s Relief Fund and the Red Cross Society must be lauded (“There are some survivors money cannot bend”, Jan 19). Mohanty had raised Rs 2.9 crore through crowdfunding for the treatment of her husband who lost the battle to Covid-19 last year. The young woman’s decision to donate the remaining sum to relief funds must be lauded.