Advertisement
Home / Opinion / Letters to the editor: The Museum of Material Memory reminds us of a rich shared history

Letters to the editor: The Museum of Material Memory reminds us of a rich shared history

Readers write in from Bhopal, Calcutta and Cuttack 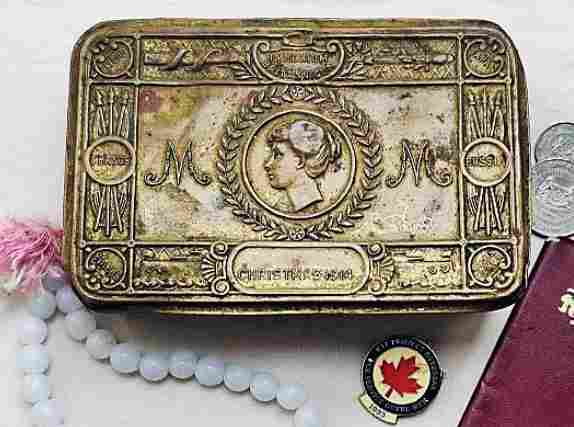 Sir — The idea that even the most quotidian of objects in our homes have important stories behind them is at the heart of a project called the Museum of Material Memory. The online project curates stories from across the subcontinent about material possessions passed down through the generations. By looking at the overlooked, the museum reveals a different side to the material history of the subcontinent; a personal and, arguably, more relatable side — a sari evokes the joyous memory of a wedding but also becomes the link between three generations of women; a clock is less a marker of the present and more a connection to the past. The Museum of Material Memory reminds us of a rich shared history across the fraught borders in the subcontinent.

Sir — Have we reached a point where Artificial Intelligence has become sentient and is gaining the ability to feel? A feverish debate has broken out over this question since The Washington Post published a report about a Google engineer’s contention that the company’s predictive language model, LaMDA, was sentient. The engineer, Blake Lemoine, has since been put on administrative leave for breaching confidentiality clauses, and the company itself has refuted that the programme is sentient. The neural networks that power deep learning programmes are meant to mimic the human brain. They have taken remarkable strides recently, leading to the rise of programmes that can solve a previously insurmountable biological challenge of protein folding predictions. The promise and the threat of AI are well established. But at their core, such programmes are still pattern-recognition attempts that leverage the model of the human brain.

Sir — A Google software engineer was suspended after going public with his claims of encountering “sentient” AI on the company’s servers. This spurred a debate about how and whether AI can achieve consciousness. But this distracts from more pressing issues before the industry. More significant concerns include whether AI can engender real-world biases, whether humans are being exploited in the training of AI, and how the major technology companies act as gatekeepers of the development of the tech.

Sir — Recent research involving a study of 312 news articles about people who had been fired because of a social media post showed that racism was the most common reason people were let go. Other forms of discriminatory behaviour included queerphobia, misogyny, workplace conflict, offensive content such as ‘bad jokes’ and insensitive posts, acts of violence and abuse, and ‘political content’. Social media is a double-edged sword. It can be used to hold people to account for discriminatory views, comments or actions. But this study also raised important questions about privacy and how employers use social media to make decisions about their staff.

Sir — The crash in the price of cryptocurrencies is a timely reminder for retail investors to stay far away from this highly speculative class of assets. Bitcoin, the most popular cryptocurrency, has lost over two-thirds of its value since its peak in November last year and has wiped out many retail investors. Other cryptocurrencies have witnessed even larger losses with some like Luna plunging to zero. Cryptocurrencies were initially touted to be alternatives to fiat currencies. Since the supply of a lot of cryptocurrencies is limited by design, investing in them seemed like a good way to protect one’s wealth from inflation fuelled by central banks. But as it became obvious that cryptocurrencies have had very little acceptance as money, crypto-enthusiasts began to argue a slightly different case. Cryptocurrencies were now touted as an independent asset class like gold and silver that could serve as an effective hedge in times of crisis. The crash in the crypto market amidst wider market correction has put to rest the argument that crypto, as an asset class, is as good a hedge as precious metals. There is little reason to believe that cryptocurrencies possess any intrinsic value that can make them serve the role of widely accepted money or a legitimate asset class such as precious metals.

Sir — A few weeks ago, social media platforms were abuzz with reports of a lawsuit filed by an elderly couple based in Haridwar against their son and daughter-inlaw for refusing to provide them with a grandchild. The aspiring grandparents have demanded five crore rupees as compensation for the “mental harassment” of not having their twilight years spent babysitting a grandchild. Levity aside, this bizarre litigation has stoked discussion around a trend that is fast gaining social currency: the decision to be childfree. The decision to not have children may stem from a variety of factors. It could be environmental altruism or concerns about the quality of life that children may have as climate change continues to wreak havoc on our planet. Raising a child is also an expensive affair, and requires careful planning and realignment of priorities. Further, being a parent means making fundamental changes to the way one lives. Is it any wonder then that many are beginning to question having a child?

Sir — Women, as with everything else, have to deal with a larger share of unwelcome insights about their biological clocks, their role in a family, and the genetic imperative to reproduce. In the face of this overwhelming societal pressure, those who choose to be childfree may, on occasion, be assailed by doubts. No matter how strong one’s convictions, it is not easy to swim against the tide.