Letters to the editor: The ‘milk crate challenge’

Readers write in from Calcutta, and Santipur 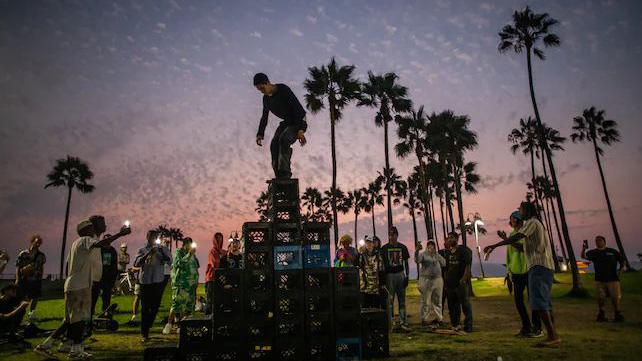 TikTok and other social media sites have been flooded in recent days by videos of people in the United States and beyond trying to climb milk crates.
Instagram
The Telegraph   |   Published 28.08.21, 12:09 AM

Sir — The pandemic led to an increase in the time we spent online and caused a spurt in young people following social media ‘trends’. While many of these trends are harmless, some are downright dangerous. The most recent is the ‘milk crate challenge’, in which people stack up several empty milk crates in a pyramid formation and then film themselves trying to climb and subsequently descend from the crate mountain. Several individuals have reportedly been injured as a result of a crate climb gone wrong, and doctors have warned against trying it. Must attempts to beat the loneliness and boredom brought on by the pandemic pose such a danger to life and limb?

Sir — It is heartening to learn about the community participation project undertaken at the Acharya Jagadish Chandra Bose Indian Botanic Garden in Howrah’s Shibpur, owing to which two micro-biodiversity hotspots in the garden have been identified (“Diversity hotspots at garden”, Aug 13). The project — it is for the regeneration of the garden, and is a collaborative effort by the Botanical Survey of India, the Asia Scotland Trust and the Edinburgh University — was aimed at assessing the sector-wise levels of micro-biodiversity.

It bears recall that the Indian Botanic Garden was founded way back in 1787 by Colonel Robert Kyd, an officer of the British East India Company. It has subsequently undergone several phases of redesigning and development under the supervision of eminent botanists. This resulted in a superbly landscaped green reserve. Regarded as one of the world’s oldest botanic gardens, it is spread over an area of 273 acres, and is home to over 13,000 trees belonging to 1,100 species sourced from India and abroad. A treasure trove of rare plant species, the garden also houses the Central National Herbarium which has more than two million specimens collected from various parts of the world.

As India’s foremost botanical research facility and a repository of flora, the garden requires continual care and attention from the Centre. In May 2020, the cyclone, Amphan, wreaked havoc on the green reserve, causing severe damage to around 1,000 trees. Plant species are known to be susceptible to unpredictable climatic fluctuations. The garden has also reportedly been facing recurring financial difficulties in recent years.

Sir — Quackery in dentistry is becoming a serious problem. I observed this recently when my well-to-do, educated neighbour switched from a qualified dental surgeon to a quack. Many of these quacks have gained effective marketing skills, which help their unethical, unauthorized businesses to flourish; they are aided by the inaccessibility of quality dental care.

Dental quackery has percolated down to the grassroots level. There is no dearth of dental surgeons in India; the main problem is that such doctors are unevenly distributed across the country. This skewed demand-supply ratio and the cheaper rates advertised by quacks enable the latter to attract patients from marginalized groups as well as those with poor awareness of dental health. The World Dental Federation and the Indian Dental Association have repeatedly warned against the use of unsterilized instruments and unskilled manpower, all of which can cause infection and even death. Young dental surgeons should be encouraged to work in rural areas, and given the necessary incentives to do so. Dental hygiene lessons must be actively taught in schools to help students become aware not only about dental health but also the menace of spurious dental treatment practices.