Advertisement
Home / Opinion / Letters to the Editor: Should we keep schools open now?

Letters to the Editor: Should we keep schools open now? 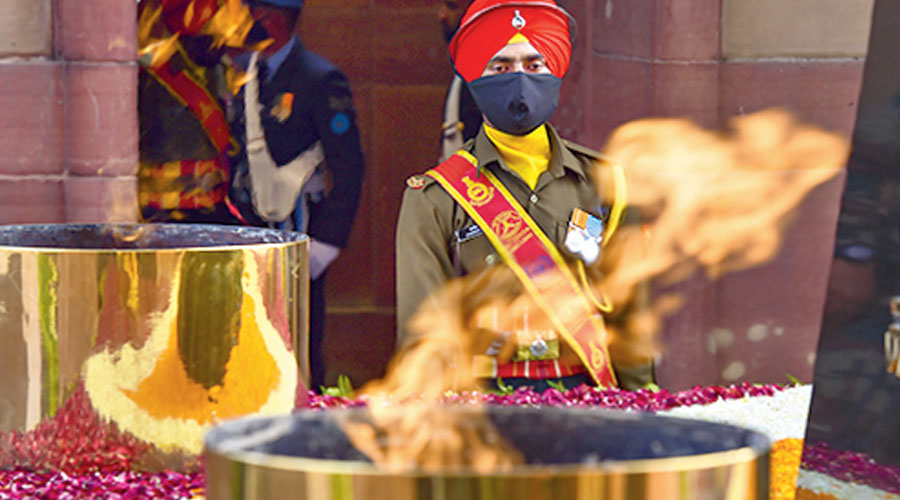 Sir — The current surge in Covid-19 infections has renewed the debate over whether to keep educational institutions open. While a solution seems to elude the authorities, students have taken matters into their own hands. Dissatisfied with the fluctuating instructions, schoolchildren in the United States of America are calling in sick to protest in-person classes. In stark contrast, students in Calcutta have taken to the streets to protest the closure of schools and colleges. The means adopted by the two groups might be different, but both are driven by a hunger for knowledge.

Sir — It is not surprising that the Amar Jawan Jyoti at India Gate has been put out after burning for five decades and merged with the torch at the National War Memorial (“Outrage as ‘eternal flame’ is extinguished”, Jan 22). The eternal flame, which was lit to pay tribute to soldiers martyred in the 1971 war, was inaugurated by Indira Gandhi, who is an abhorred figure for the Narendra Modi government.

This act can be seen as another attempt by the current dispensation to rewrite the past to erase the contributions of political opponents, primarily hailing from the Nehru-Gandhi family.

Sir — Since January 26, 1972, the Amar Jawan Jyoti has served as the site for many important government functions. The decision to shift the flame to the National War Memorial, which was built by the Narendra Modi government in honour of Indian soldiers who laid down their lives defending the nation, reveals a politicization of martyrdom. The move has thus sparked speculation about the government’s motives.

Sir — Such is the level of suspicion and distrust in India’s contemporary politics that every action by the government of the day is seen as a move to bolster the electoral prospects of the ruling party. Nowhere is this trend more perceptible than in the military sphere. The disquiet about the extinguishing of the Amar Jawan Jyoti is proof of this. What goes unseen in all of this political posturing, however, is how the soldier guarding India’s borders is really faring.

Sir — It is worrying that the government is trying to amend the Indian Administrative Service (Cadre) Rules, 1954 to exercise greater control over the Central deputation of IAS officials (“Fresh plea to drop IAS rule tweak”, Jan 21). The move would allow the Centre to bypass any reservations that states might have regarding such appointments. This is a direct attack on the federal structure of the Indian polity. The proposal would turn the appointment of IAS officers into a means to settle political scores. The Centre’s proposal is sure to malign the stature of IAS officials in the country.

Sir — The proposed amendments to the IAS (Cadre) Rules go against the spirit of cooperative federalism. The posting of IAS officers has become a bone of contention between the Centre and the state governments, especially the ones ruled by Opposition parties. The move to take away the choice of deputation from state governments as well as individual officers is a ploy to ensure centralization of powers.

Sir — Hearteningly, the 23-year-old activist, Sarah Gill, has become the first transgender doctor of Pakistan. Gill has shown that perseverance and self-belief can overcome social stigma. It is difficult for transpeople to attend educational institutions, where they have to face severe discrimination. One hopes that Gill’s success will ease the way for others to break stereotypes.