Advertisement
Home / Opinion / Letters to the Editor: Seafood can help us adopt an environmentally sustainable diet

Letters to the Editor: Seafood can help us adopt an environmentally sustainable diet 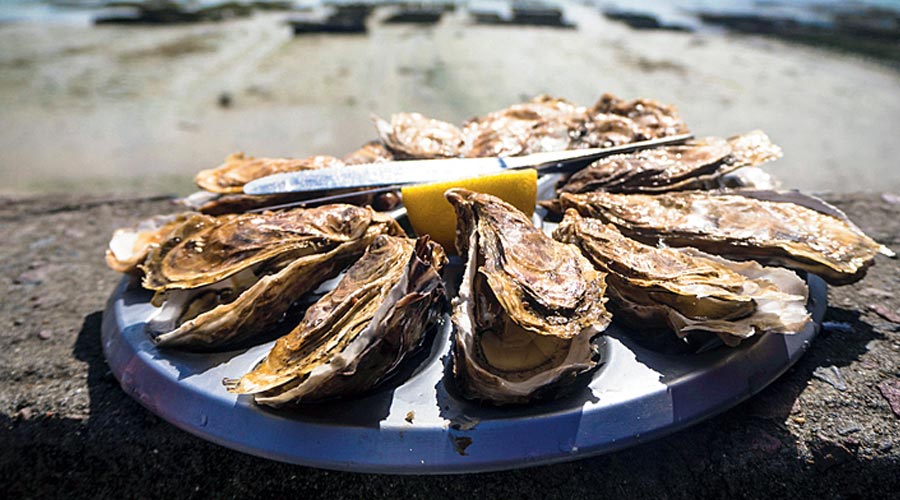 Sir — For most Indians, even those living in coastal areas, the word, ‘seafood’, evokes limited imagery. It is usually fish, crab or shrimp, and the occasional octopus or squid. But the ocean is a massive pantry and has much more to offer. From vegetarian options like truffles and kelp to non-vegetarian delicacies like sea urchins and oysters, there are several such items that can diversify the palate and help us adopt an environmentally sustainable diet. Research shows that seafood has a much lesser adversarial impact than land-based food. Many countries already consume a variety of seafood. India must not fall behind.

Sir — During a virtual rally in Uttar Pradesh, the Congress leader, Priyanka Gandhi Vadra, rightly pointed out that the future of a nation cannot be built on free rations (“Dole deal”, Feb 23). All political parties are guilty of announcing schemes and promising freebies to sway voters. But rhetoric and bribery will not solve the problems affecting the people of the nation. Rather than resorting to shortcuts, candidates must engage with the common people and pledge to bring about meaningful infrastructural development if voted to power.

Sir — The Supreme Court has repeatedly criticized political parties for promising irrational freebies before the polls. Politicians must heed the apex court’s warning.

Sir — The Election Commission of India must be lauded for safely conducting the assembly polls in Punjab. The authorities maintained Covid-safety protocols and ensured that all voters entering the booths were thermoscanned and were wearing their masks. Pick-up and drop facilities, to and from polling booths, were also available for senior citizens and persons with disabilities. In spite of that, Punjab recorded its lowest voter turnout in 15 years at 72 per cent. People, especially the youth, must exercise their right to vote.

Sir — The Central government is considering the introduction of performance-linked promotions for teachers in both government and government-aided schools (“Performance-linked career plan in schools”, Feb 23). If adopted, this will vastly improve the performance and quality of teachers. Anyone who has studied in government schools can attest to the fact that teachers are unmotivated and are often engaged in a plethora of non-teaching activities. The education system in India is in dire need of change.

Sir — The top-seeded men’s tennis player, Novak Djokovic, is back with a vengeance. Djokovic played a remarkable match against the 58th ranked Italian player, Lorenzo Musetti, at the Dubai Duty Free Tennis Championships, breezing through the first round of the tournament (“Novak returns to rapturous reception”, Feb 23). He has advanced to the quarter-finals and is a fan-favourite to win the championship.

Djokovic has been debarred from participating in most major tournaments as he remains unvaccinated. However, his incredible form at Dubai proves that he is still one of the greatest tennis players in the world.

Sir — In an amusing faux pas, Novak Djokovic claimed that he “couldn’t pick a better place to kick-start the season” during an interview after winning the first round at the Dubai Duty Free Tennis Championships. Tennis fans were quick to point out that Dubai is one of the few places that will allow him to play while he is unvaccinated. Djokovic is likely to participate in a handful of tournaments this year; entry requirements for the French Open and Wimbledon are yet to be finalized. Djokovic is a gifted player but his reluctance to get inoculated will cost him dearly.

Sir — India is all set to ban single-use plastic items from July 1. The Central Pollution Control Board has notified producers, stockists and e-commerce sites that single-use plastic items are not to be produced or sold. Additionally, the use of plastic carry bags that are less than 120 micron in thickness will be phased out by the end of the year.

Plastic is a major contributor to rising pollution levels around the world — CPCB estimates that India generates around 25,940 tonnes of plastic waste per day and approximately 9.46 million tonnes of plastic waste per year. But government directives will not be enough to tackle the menace. People must be sensitized about the long-term environmental effects of plastic pollution and taught to make better choices in their daily lives. Manufacturers, too, need to be committed to reducing plastic waste and ensuring that discarded items are properly recycled. It is our duty to protect the environment.