Letters to the Editor: Safety of intoxicated women 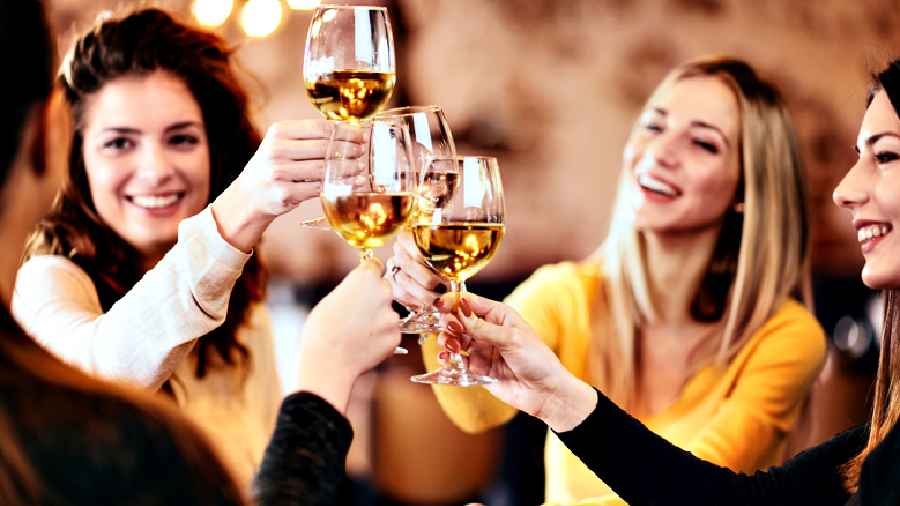 Hearteningly, many bars around the world have started the practice of ‘safeword drinks’.
Sourced by The Telegraph
The Editorial Board   |   Published 17.05.22, 02:37 AM

Sir — Inebriation and alertness do not go hand in hand. This is dangerous for women, who find it difficult to enjoy their drink without worrying about predators who might take advantage of their intoxicated state. Hearteningly, many bars around the world have started the practice of ‘safeword drinks’, which are codes for seeking help from the establishment. But is this enough? After all, those who prey on women are bound to find out about these codes eventually and can potentially stop women from using them. While the initiative is laudable, more must be done so that women can enjoy their drink without being anxious about harassment or, worse, victim-blaming should something untoward happen to them while they are under the influence of alcohol.

Sir — The Congress president, Sonia Gandhi, was candid in her opening remarks at the three-day Chintan Shivir that took place in Udaipur. She said that a calculated attempt is being made by the ruling regime to spread ‘perpetual fear’ in order to succeed in its political agenda (“Plot to spread ‘perpetual fear’”, May 14). Sonia Gandhi was also right in saying that the vast majority of Indians want to live in peace. They will not leave any stone unturned to thwart divisive politics.

Sir — Sonia Gandhi’s address to the delegates of the Congress’s Chintan Shivir summarised the political situation in the country accurately. The speech was well-written, befitting a leader who has helmed the party through tricky times. The three days of strategising should rejuvenate the Grand Old Party, which has almost been written off politically. Hopefully, the Chintan Shivir will also lead to the election of a new leader. The myth of the dynastic rule should be broken.

Sir — The Congress’s brainstorming conclave at Udaipur concluded on the correct note. The Grand Old Party needs to completely overhaul its organisational structure and come up with some pathbreaking ideas. However, this is not enough. The ideas need to be implemented as well. For instance, the party stated that it will enforce the ‘one family, one ticket’ rule. Yet, a rider was put in place exempting families that have a second member who has been working for the Congress for at least five years. This defeats the purpose of the rule. The Congress must also formulate an alternative, people-centric model of development. Only then can it expect a change in its electoral fortunes.

Sir — The Centre has banned the export of wheat (“India bans wheat exports”, May 15). Such decisions are taken on the basis of the demand and supply in the country. For instance, India had to import wheat to support its public distribution system in 2006 for the first time in years. As per the government’s recent notification, India will allow exports backed by already issued letters of credit and to vulnerable countries. We should appreciate this timely action by the government to ensure food security in the country.

Sir — One month ago, the Indian prime minister, Narendra Modi, told the American president, Joe Biden, in his inaugural address at the 2+2 ministerial meeting, that if the World Trade Organization allows India to export grains, it will start doing so from the next day to feed the world. Now India has banned the export of wheat. This will adversely affect the credibility of India as a reliable supplier in global markets. It conveys that India can change its stance at the drop of a hat. Instead, the government could have announced a bonus on top of the minimum support price to augment wheat procurement. Farmers who are holding on to stocks would then sell to the government. That would have also made farmers happy and incentivised them to increase wheat production in the next season.

Sir — The chief of the Maharashtra Navnirman Sena, Raj Thackeray, is set to visit Ayodhya on June 5. The MNS, which aggressively advocates the supremacy of the Maratha identity, had won the Nashik municipal corporation elections in 2012. Considering the impending local body polls in Mumbai, could it be speculated that the MNS is taking a turn towards Hindutva? This visit may be an attempt to woo Hindus who live in the Mumbai metropolitan region. It remains to be seen whether the Bharatiya Janata Party will lose its influence over this particular vote bank, especially in the face of high inflation, unemployment and rising fuel prices.

Sir — The Central Bureau of Investigation has booked seven suspected punters in connection with two separate cases of alleged match-fixing in the Indian Premier League, 2019. If we carefully consider some of the IPL match results even in this season, many of them seem suspicious. A thorough investigation of all the seasons is needed.

Sir — Hats off to the chief minister of Tamil Nadu, M.K. Stalin, for proposing to instal panic buttons and CCTV cameras in Chennai’s buses to ensure the safety of women and child passengers. Initially, 500 city buses will have four panic buttons, an artificial intelligence-enabled mobile network video recorder and three cameras each. The state government should also use this system to check overcrowding and travelling on the footboard.