Advertisement
Home / Opinion / Letters to the Editor: Rabindra Sarovar is a pleasure, the city needs more such verdant spaces

Letters to the Editor: Rabindra Sarovar is a pleasure, the city needs more such verdant spaces

Readers write in from Bangalore, Mumbai, Visakhapatnam, Raipur and Calcutta 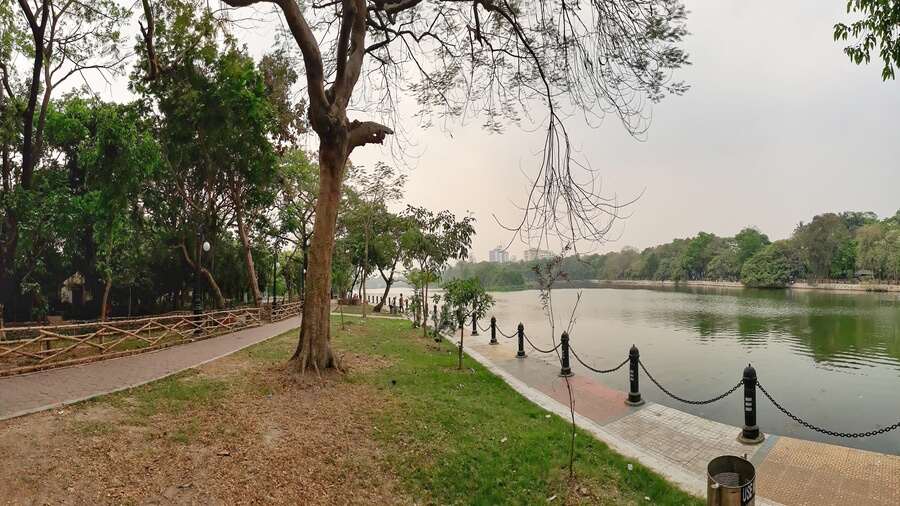 Sir — Walking along the Rabindra Sarobar lake is a rare pleasure for Calcuttans starved of greenery. The littering is minimal, unvaccinated visitors are not allowed on the premises, and the bird songs charming. The only obstacles — hormonal couples concealed among shrubs, selfie-obsessed youngsters and blood-thirsty mosquitoes — are best ignored as one takes in the best of autumnal Bengal.

The city fathers must think of setting up more such verdant spaces across Calcutta for citizens tired of a greying city and the greyness of life itself.

Sir — Even as India seems to be making some progress against Covid-19, the healthcare system has to deal with an onslaught of dengue. Cases of this vector-borne disease have been rising steadily, especially in northern India. Government hospitals in Punjab, Haryana and Chandigarh are finding it difficult to meet the rising demand for beds — it was sad to see patients being treated in hospital corridors.

The Covid-19 pandemic was a warning about the poor state of public healthcare in India. While some steps were taken to improve the healthcare infrastructure, much clearly remains to be done. Preventive measures must also be taken to stop the spread of dengue. Health departments, municipalities and residents’ associations must work hand in hand to ensure the situation does not get out of control.

Sir — The Union health minister, Mansukh Mandaviya, was right in saying that wrong diagnoses and treatment can increase the number of people dying from dengue even further. Ramping up testing, spreading awareness about the symptoms of the disease and taking preventive measures on a war footing are key to saving lives. Are the bickering state governments listening?

Sir — As is his wont, Ramachandra Guha has, yet again, underlined the importance of a free press in “For a free press” (Nov 6). As early as 1932, B.G. Horniman had raised the issue of newspaper advertisements, lamenting that in Western media, commercial inserts had become increasingly important, resulting “in daily newspapers being practically at the mercy of advertisers” and hoping that this would not happen in India.

But that is exactly what has happened. Advertisements take up a majority of newspaper space. Unfortunately, there does not seem to be a way out of this either. Readers, thus, have to suffer reading news items broken up into two parts owing to front-page ads and those annoying slices of half cover-on-cover ads.

Sir — All 12 winners of the Major Dhyan Chand Khel Ratna Award must be congratulated for their achievements. It is heartening that both those who excelled at the recently-concluded Olympics and other sportspersons who have been making India proud for decades have been recognized.

Sir — The Supreme Court judge, Justice D.Y. Chandrachud, has recently said that the delay in communication of bail order affects the human rights of undertrials. While this is true, it is easier said than done. The release of an undertrial on the basis of a bail order from a higher court is subject to the satisfaction of the chief judicial magistrate. It takes a lot of time to verify the status of the bail surety. By the time the verification process ends, the jail time runs out.

Justice Chandrachud rightly suggested the implementation of fast and secure ways to transmit electronic records and internet facilities in every jail. Will this apply to rural areas too?