Advertisement
Home / Opinion / Letters to the Editor: Pure-bred dogs are status symbol but prone to ailments

Letters to the Editor: Pure-bred dogs are status symbol but prone to ailments

Readers write in from Bangalore, Calcutta, Delhi, Nainital and Visakhapatnam 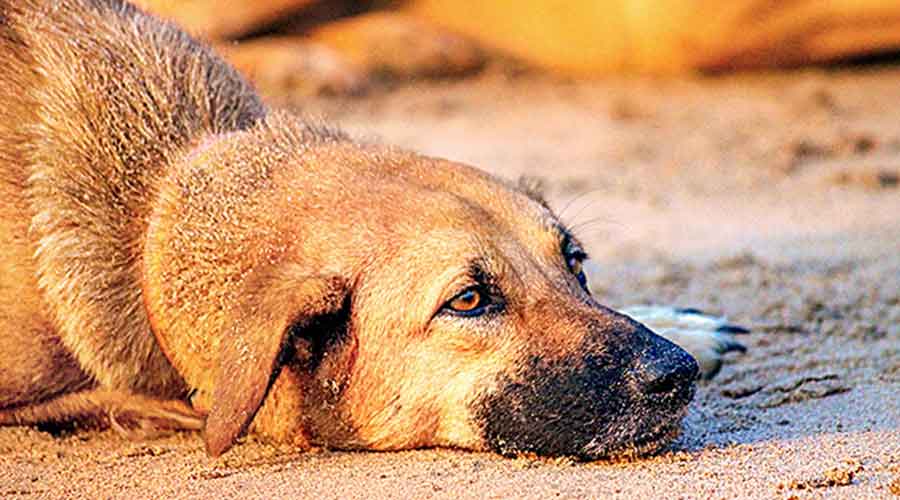 Sir — Owning a pure-bred dog has become a status symbol in India. In most cases, these dogs are ill-suited to India’s hot and humid climate. Breeds like the Siberian Husky, the Saint Bernard, the Alaskan Malamute and the Tibetan Mastiff are from much colder regions that are snow-covered almost yearround. Even Golden Retrievers — they are among the most favoured of pets in Indian homes — are not well-suited to the tropical climate although they fare comparatively better. Even though Indies — widely looked down upon as street dogs — are abundant, can withstand the heat, and have better immunity to local ailments, few want to adopt them. One should ensure that pets are healthy and comfortable. They should not be treated as assets.

Sir — The article, “Enduring echoes” (April 23), aptly summed up the dangers of the dominance of a single political party in a democracy. After Independence, the Congress had the monopoly on power for several decades. Now it rests with the Bharatiya Janata Party. Both situations present a similar problem — a personality cult built around an individual. For the Congress, it was Jawaharlal Nehru and, later, Indira Gandhi. For the BJP, it is Narendra Modi. It is said that political outfits led by charismatic leaders are often at risk of failing. This is because there is no healthy criticism of their policies within the party. A robust Opposition is sine qua non for a thriving democracy.

Unfortunately, at the moment, the Opposition in India is weak and fragmented. The sooner we strengthen the Opposition, the better.

Sir — After the Bharatiya Janata Party’s failure in the Punjab assembly elections, the prime minister, Narendra Modi, is leaving no stone unturned to please the Sikhs. On the occasion of the 400th birth anniversary of Guru Tegh Bahadur, the ninth Sikh guru, Modi addressed the nation from the Red Fort (“Story that missed the message”, April 25). He highlighted the fact that Guru Tegh Bahadur was beheaded on Aurangzeb’s orders for trying to dissuade the Mughal ruler from imposing religious diktats on Hindus. Although the prime minister made all the right noises in his speech, it remains to be seen if he can win over the Sikhs.

Sir — Ramdev, the yoga guru and the founder of Patanjali Ayurved — he is in the good books of the ruling dispensation — had misled the public last year by saying that Coronil, which was marketed as a treatment for Covid-19, had received the approval of the World Health Organization. A Kerala- based ophthalmologist, K.V. Babu, has now exposed Ramdev for illegally advertising a medicine called Lipidom (“‘Action’ advice over Patanjali complaints”, April 21). The Lipidom advertisements violate the Drugs and Magic Remedies (Objectionable Advertisements) Act, 1954, which prohibits advertising treatments for health issues like heart diseases, liver ailments and blood pressure. A few other drugs have also come under the scanner for the same violation. Even though the Centre has finally woken up and sought the withdrawal of such ads, it is unclear whether they have been removed yet. These repeated controversies are adversely affecting people’s trust in the government’s health advisories.

Sir — Ramdev has talked about the efficacy of his products on live television on several occasions. He is not bothered by the illegality of his actions in spite of the fact that he is already facing a defamation lawsuit for maligning allopathy and another one for trademark infringement. So far, he has escaped punishment for his alleged transgressions.

Sir — The dramatic midnight arrest of the Congressbacked, Gujarat-based legislator and Dalit activist, Jignesh Mevani, by a team of policemen all the way from Assam is a brazen attempt to silence the critics of the prime minister, Narendra Modi. Mevani had in a tweet asked Modi to appeal for peace in communal-violence hit Himmatnagar, Khambat and Veraval. In another tweet, he had alluded to the Rashtriya Swayamsevak Sangh as “traitors” for not accepting the Tricolour for decades. Mevani’s arrest comes at a time when saffron-clad fanatics have been perpetrating communal violence with impunity. The move against the activist is intended to silence him ahead of the Gujarat assembly elections later this year.

Sir — There has been a spurt in the use of electric vehicles in India. Manufacturers of electric vehicles should tap into India’s robust market for two-wheelers. This will go a long way in meeting the government’s target of ensuring that at least 15 per cent of India’s vehicles are electric by 2030. This will not just help mitigate the climate crisis but also reduce India’s dependence on energy imports. However, issues like lack of charging stations and service infrastructure along with safety concerns can pose problems.

Sir — Electric vehicles are the future of automobiles. India should create a robust infrastructure to make the owning of EVs viable. This includes installing charging stations at closer intervals and providing incentives to buyers. But even before that, India must improve its traffic situation. Start-stop traffic is not conducive to driving EVs. It drains out batteries and will cause hassles.