Readers write in from Mumbai, Chennai, Ludhiana and Calcutta 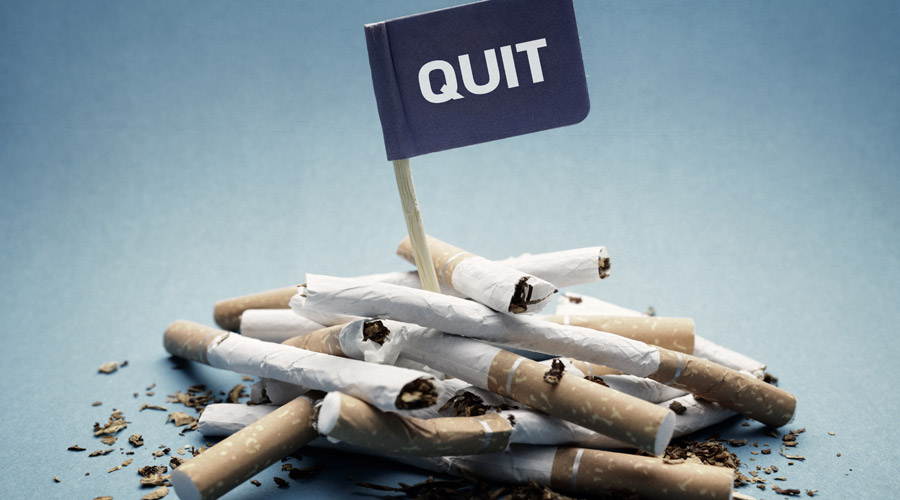 Sir — Where there is a will, there is a way. But for most smokers in India, it seems that their will to quit burns out faster than their cigarettes. What else explains the findings of the study that reveals that India is among countries with the lowest quitting rates for smoking? This also shows our policy-makers in poor light. Although tobacco claims 10 lakh lives in the country every year, no effective measure has yet been taken to curb this menace. The report has also found that misinformation plays a key role in preventing smokers from quitting — many smokers are still convinced that e-cigarettes are as harmful as tobacco. Awareness campaigns must be launched in order to help smokers quit.

Sir — Back when I was a student, I was instructed to practise reading the editorial page of a prominent English newspaper to get a good grasp of English. But while obeying this directive, I had to stumble over almost every line, especially when the author of the column was Nirad C. Chaudhuri, and was forced to consult my worn-out dictionary, time and again. So when an individual as erudite as Gopalkrishna Gandhi confessed — surely in jest — in his article, “A beautiful mind” (Nov 21), that he did not understand a word of Chaudhuri’s Thy hand, Great Anarch!, it came to me as a great consolation.

Gandhi’s precise response to every book by Chaudhuri that he read shows the extent of respect he has for the scholar who had an encyclopaedic knowledge on a range of subjects. Yet, while agreeing with the author on most points, I find Chaudhuri’s consistent criticism of aspects of Bengali culture — “adda”, for instance — too hard to digest.

Sir — The article on Nirad C. Chaudhuri by Gopalkrishna Gandhi is fascinating. It provides insights into the scholar’s contradictory qualities — of being diminutive, yet mammoth, of having the foppish fashion sense of an 18th-century Englishman, with a penchant for traditional Bengali attire. Chaudhuri wrote The Autobiography of an Unknown Indian and several other books which are much admired in literary circles but are not widely read by general readers. As such, he truly remains mostly ‘unknown’.

Sir — It is heartening that the National Green Tribunal has directed the railways to make sure that railway tracks are not used for defecation and waste water disposal from surrounding areas. It should be mandatory in the interest of public health and the environment for the railway board to come up with a model design plan that enables every station to cover all aspects of waste management.

The green panel directed the railways to identify and develop at least 36 stations into ‘eco-smart’ ones and to submit an action plan for maintaining cleanliness on platforms and tracks. It also emphasized the urgent need to put in place an effective implementation and monitoring mechanism.

Sir — There is no doubt that Novak Djokovic is a leading tennis player. He is, however, yet to win all the four Grand Slam majors in one calendar year. The first Grand Slam major of the year is the Australian Open. But Djokovic may not be allowed to participate in the tournament since he is not vaccinated against Covid-19. This is baffling.

Covid is a serious threat to humanity; scientists have come up with the vaccines against it after pain-staking research. Yet some remain adamant against taking the doses — Djokovic is among them. In the process, not only is he under the risk of getting the infection, but he might also transmit the virus to others who come in contact with him. This should not be encouraged.

Sir — When much is being made of V.D. Savarkar, whose exercises of Hindu identity-building were based on exclusivity and aggression, it was refreshing to learn about the sacrifices and solitary struggle made by the Muslim nationalist, M. Asaf Ali, and his Bengali wife, Aruna Gangulee, in “Solitary struggle” (Nov 12) by T.C.A. Raghavan. It was a radical symbol of secularism at the time — M.K. Gandhi remarked that their marriage was a mark of Hindu-Muslim unity. Can the present government under Narendra Modi be expected to champion the cause of secularism in a similar way?

Sir — The chief minister of Tamil Nadu, M.K. Stalin, must be congratulated for the Tamil Nadu State Policy for Children 2021. This is a timely intervention — the National Crime Records Bureau reported that crimes against children in the state had increased by 4.8 per cent in 2020.

However, launching policies will not be enough — India already has several laws in place to prevent child abuse but the menace is far from eliminated from society. Every policy must be implemented stringently. Awareness programmes must be introduced in both schools and communities so that no child remains unsafe.

Sir — The Tamil Nadu State Policy for Children is laudable. The Centre should provide financial support so that every state can frame such a policy to ensure child rights. However, funds should be spent judiciously. Children are impressionable. Society has a collective responsibility towards them to shape a better India.