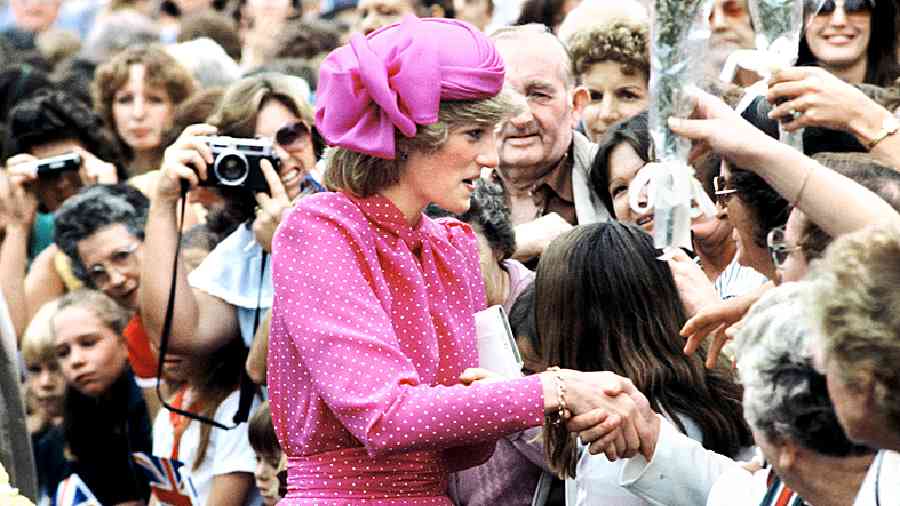 Sir — Ever since Queen Elizabeth II passed away in early September, the internet has been replete with articles on the life and the work of Britain’s longest-reigning monarch. Members of the British royal family continue to capture the public imagination but none more so than the first wife of King Charles III. Princess Diana, who died in a car crash, remains one of the most beloved royals even 25 years after her death. A number of articles written in the aftermath of the Queen’s death revolved around the monarch’s relationship with Princess Diana or simply remembered the latter’s contributions to society. The enduring love for a woman who defied the strict mores of the royal family speaks volumes about ordinary people’s views towards the monarchy.

Sir — The Centre has declared that the Muslim political organisation, the Popular Front of India, and its associates or affiliates will be considered unlawful with immediate effect for a period of five years. Over 170 people associated with the PFI have been detained or arrested in raids across seven states. This comes five days after the National Investigative Agency picked up over 100 PFI leaders and activists in a crackdown across 16 states. The PFI and its associates have been accused of radicalising a particular section of society and undermining democracy, constitutional authority and the constitutional setup of the country. These are serious accusations and must be thoroughly investigated.

Sir — The Centre has banned the PFI under the Unlawful Activities (Prevention) Act for being prejudicial to the integrity, sovereignty and security of the country. The government must prioritise the well-being of the people of the nation.

Sir — It cannot be denied that the former prime minister of India, Manmohan Singh — he turned 90 earlier this week — has immensely contributed to the development of the nation. His tenure as finance minister in the P.V. Narasimha Rao government saw the economic liberalisation of India in 1991. He also served the nation as the country’s 13th prime minister for 10 years.  Unlike many others, Singh was not a charismatic leader. But he was dedicated to the economic prosperity of the common people and must be remembered as such.

Sir — The Tamil Nadu government has given its nod for an ordinance to ban online gambling. Around 20 people in the state have reportedly committed suicide after losing money in online betting since 2020. This is alarming. In June, the government had appointed a committee headed by the retired judge, K. Chandru, seeking advice on the matter. The state’s decision will bring relief to many. Online betting games, such as rummy, can be addictive and tear families apart. Other states, too, should consider bringing forth similar measures.

Sir — The Norwegian chess grandmaster, Magnus Carlsen, has brought forth allegations of cheating against the 19-year-old American grandmaster, Hans Niemann. Carlsen has alleged that it is quite easy to cheat in chess. The International Chess Federation must take note of these allegations.

Sir — Magnus Carlsen has rightly said that cheating is an “existential threat” to chess. The pandemic-induced boom in online chess tournaments was accompanied by myriad instances of cheating. It is unfortunate that people cannot be honest in such matters.

Sir — One of the major reasons for the chronically poor condition of Calcutta’s roads is the use of inferior quality construction materials. The authorities must check if the contractors are maintaining the quality of the products used and penalise them in case of inconsistencies. Substandard road surfaces can lead to accidents.

Sir — It was wonderful to learn that Tala Prattoy, one of the most well-known Durga Puja organisers in North Calcutta, has decided to honour each of the 215 artisans who have worked on the pandal by lining the structure’s walls with their photographs (“Honouring those behind pandal”, Sept 28). The artisans work day and night to erect such extraordinary structures. Tala Prattoy must be lauded for honouring the artisans. Others should follow suit.

Sir — The festive season is upon us. While most people are ecstatic about Durga Puja, many others are more apprehensive than cheerful. A large number of community Durga Puja organisers fix microphones on roadside lamp posts and blare music all day long. This makes life miserable for the residents of the neighbourhood.

Sir — Durga Puja is celebrated every year with much pomp and grandeur. It is deeply-rooted in West Bengal’s society and culture. There are few festivals that can bring together people across different religions and communities in such a manner.