Letters to the Editor: Paresh Rawal's comments on fish-eating Bengalis 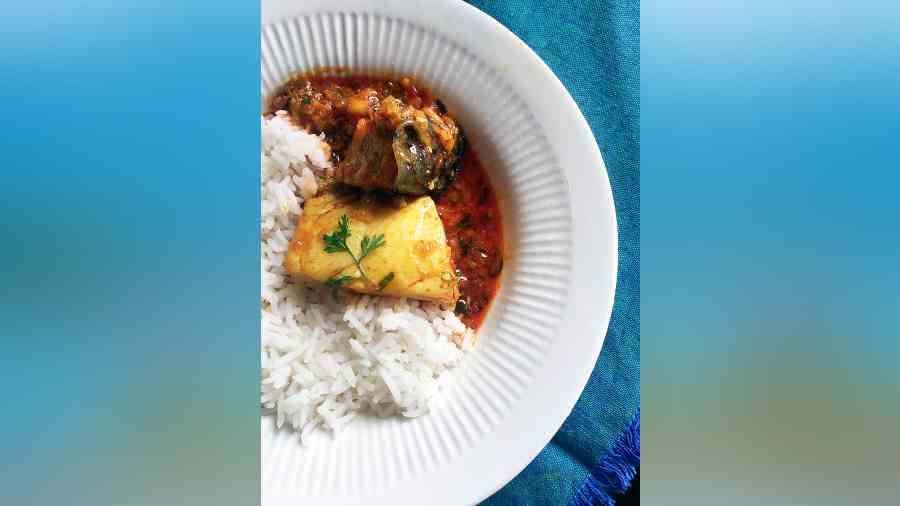 Besides the gravity of dismissing a legitimate demand for cooking gas, Rawal seems to have forgotten another key fact. Gujarat is a major fish-producing state, contributing 18 per cent of the country’s marine produc
The Editorial Board   |   Published 05.12.22, 03:46 AM

Sir — Calcutta Police have registered a case of hate speech against the former member of Parliament, Paresh Rawal, for thundering at an election rally in poll-bound Gujarat: “what will you do with gas cylinders? Cook fish for the Bengalis?” Besides the gravity of dismissing a legitimate demand for cooking gas, Rawal seems to have forgotten another key fact. Gujarat is a major fish-producing state, contributing 18 per cent of the country’s marine produce. Moreover, what will he say to the Pathare Prabhu community — it traces its lineage to the sons of Lord Rama, no less — who cannot live without the ghol fish, which they eat from head to tail?

Sir — The resignation of the veteran journalist and Ramon Magsaysay award winner, Ravish Kumar, from NDTV has created a huge void in Indian journalism. For those of us addicted to Kumar’s show, Prime Time, for his unequivocal and blunt take on topical issues, watching television news will never be the same. Gautam Adani’s takeover of NDTV is surely going to change the character and the editorial policy of the channel. More journalists may soon quit NDTV.

Sir — Few journalists have had a greater impact on Indians than Ravish Kumar. Kumar joined NDTV in 1996 and his shows, Hum Log, Ravish ki Report, Des Ki Baat and Prime Time, have garnered widespread appreciation over the years. He has won the Ramnath Goenka Excellence in Journalism Award twice. He was one of the last bastions of independent media in the country.

Sir — Ravish Kumar’s fearless brand of journalism will be missed. He believed in holding the ruling dispensation to account for its actions. NDTV was in the crosshairs of the Bharatiya Janata Party and the right-wing owing to its objective stance. In fact, the ruling party has tried hard to malign NDTV. The proBJP troll army is constantly trying to project NDTV as anti-national. It is because of the steady takeover of media houses by crony capitalists that India’s ranking on the Press Freedom Index is steadily dropping.

Sir — No praise is enough for that rare Indian who refuses to succumb to the brute force of the powers that be. Ravish Kumar’s values reminded us of Netaji’s clarion call, “... the greatest crime is to compromise with injustice and wrong.” In the course of his shows, Kumar rightly underlined that “Citizen or robot; democracy or tyranny — the choice is ours.” The future of the country is indeed in the hands of its citizens.

Sir — Given the dispirited nature of the Congress and the anti-incumbency factor against the Bharatiya Janata Party, the Aam Aadmi Party should have had an easy win on its hands in the ongoing Gujarat assembly elections. But there is a hurdle. The BJP has polarised the electorate in the name of religion. It even tried to justify the 2002 pogrom that resulted in the massacre of thousands of Muslims by calling it the reason for “permanent peace” in Gujarat. Yet, the BJP is still unsure of itself. This is why the prime minister, Narendra Modi, and the Union home minister, Amit Shah, spent such a long time campaigning in Gujarat. Given the BJP’s desperation, the Opposition parties should also be extra vigilant. This is paramount at a time when people have lost faith in the Election Commission.

Sir — The performance of Asian teams against toptier football giants at the World Cups has surprised fans. Three Asian teams have got through to the round of 16. Saudi Arabia, too, must be lauded for its shock victory against one of the favourites of the World Cup, Lionel Scaloni’s Argentina. This shows that the dominance of the West in football is diminishing

Sir — It is shameful that Christians in Karnataka felt the need to ask the police for protection during Christmas. It indicates the level of fear that has been instilled in them by the Hindutva groups. Under the rule of the Bharatiya Janata Party, it has become all too easy for these groups to barge into any celebrations on the pretext of stopping unlawful conversions. The anti-conversion law is misused to terrorise people. The social fabric of the nation is being torn apart. Can Indians afford to be mere onlookers?

Sir — By some estimates, more than half of all mobile connections in India will be 5G by 2028. With that, the average data transfer is projected to grow from 25 gigabytes per month in 2022 to around 54 GB in 2028. This will help boost the Indian economy and go a long way in realising the dream of a Digital India.