Letters to the editor: Nod to three-dose Covid vaccine for kids

Readers write in from Calcutta, Muzaffarpur, Ujjain, Berhampur and Baruipur 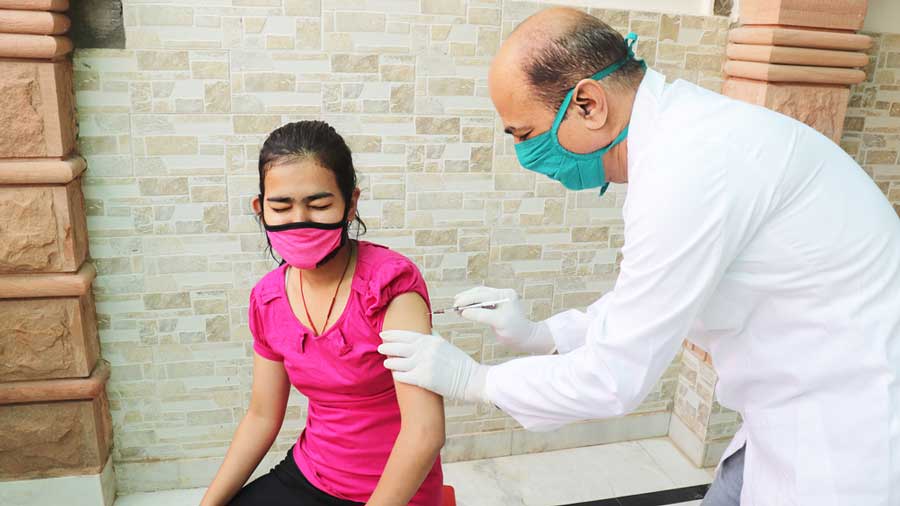 Sir — The Drug Controller General of India’s approval for ZyCoV-D, the three-dose DNA vaccine manufactured by Zydus Cadila, comes as a relief for parents. Children aged 12 years and above can now be vaccinated (“Nod for first jab for 12-plus kids”, Aug 21). But the Ahmedabad-based company is expected to be able to produce only 30 to 40 million doses by December as opposed to the 50 million demanded by the government. The company has stockpiled three to five million doses and hopes to start working on large-scale production by the second half of September. It is encouraging that the company has a well-thought-out plan for steady production. The government must not pressurize Zydus Cadila to produce vaccines quickly at the expense of safety and quality control. The health of the citizens, especially children, must be prioritized over everything else.

Sir — It is great news that Zydus Cadila’s DNA vaccine,  ZyCoV-D, made especially for children between the ages of 12 to 17, is going to hit the market soon. ZyCoV-D would be the first available vaccine for children in India and the fourth overall to be approved.

Although the government has proclaimed that it plans to vaccinate the entire adult population by December 31, this is unlikely to happen in reality. Nevertheless, if more vaccines are approved — ZyCoV-D can be administered to both children and adults —  it would certainly speed up the process.

Sir — Scientists at Zydus Cadila must be lauded for creating the world’s first DNA vaccine against Covid-19. The vaccine, ZyCoV-D, uses a section of genetic material from
the virus that gives instructions as either DNA or RNA to make the specific protein that the immune system recognizes and responds to. The three-dose vaccine is expected to kick-start the inoculation process for children in India.

Sir — School-level education in India has suffered immensely since the outbreak of the pandemic last year. It is hoped that schools can resume once children are vaccinated. The government must ensure that children from all socio-economic backgrounds are inoculated on an equal footing. The Centre must come up with a comprehensive plan in collaboration with the state governments so that the vaccination programme can reach vulnerable children in all corners of the country.

Sir — No discussion on Bhanu Bandyopadhyay would be complete without remembering the iconic line, “Mashima, malpoa khamu”, from the film, Sharey Chuattar (“Comicbabu”, Aug 22). There was a time when the comedic duo of Bandyopadhyay and Jahar Roy was as celebrated in Bengali cinema as the romantic pairing of Uttam Kumar and Suchitra Sen.

In each of his performances, Bandyopadhyay would steal the limelight with his comedic talent and acting skills. Co-actors like Madhabi Mukherjee remember Bandyopadhyay being just as witty off-screen. Bandyopadhyay was truly one of the greatest comedians of Bengali cinema.

Sir — The demise of the legendary German footballer, Gerd Mueller, has shaken football fans across the world (“‘Bomber’ Mueller no more”, Aug 16). The ace striker who helped West Germany win the 1972 European Championship and the 1974 World Cup was regarded as one of the greatest players of his generation and was nicknamed “Bomber der Nation”.

Mueller scored 566 goals in his 607 appearances for Bayern Munich and continues to hold the record for the most goals — 365 — in the Bundesliga. He also notched up 68 goals in 62 matches for West Germany between 1966-74. The football world has lost one of its iconic athletes. His contributions to the game will always be remembered by football fans.

Sir — There was a time when writers of spy fiction feared that the collapse of the Soviet Union meant the drying up of interesting material for their books. They could not have been more wrong. The recent Pegasus scandal is proof that there is more than enough material when it comes to espionage to fire the imagination of authors. Yet, something is missing. Travelling to foreign lands and exotic settings were synonymous with spy fiction. But with spying now happening on the world wide web, James Bond can ditch the dapper suits and lounge in front of his laptop in his pyjamas.