Advertisement
Home / Opinion / Letters to the Editor: Most female PhD candidates are overlooked when it comes to grants

Letters to the Editor: Most female PhD candidates are overlooked when it comes to grants 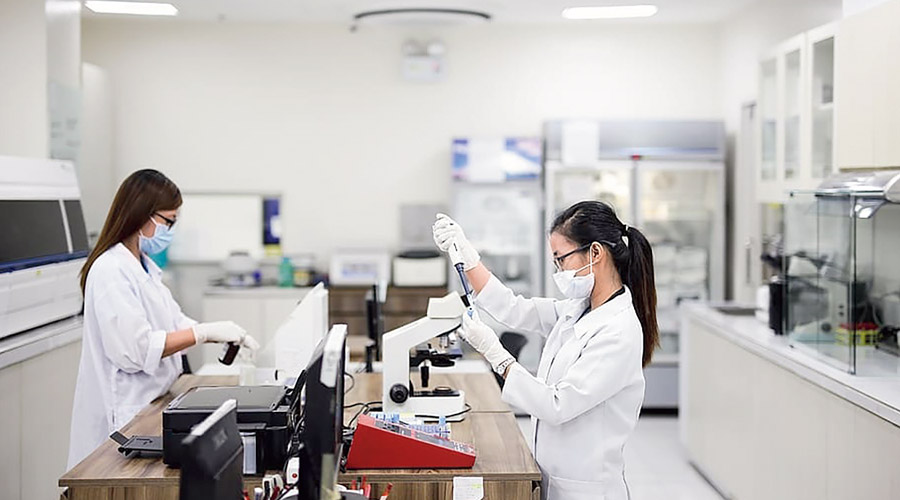 Sir — A skewed gender representation in any field can cause a plethora of problems. A nationwide survey has found that women make up only 13 per cent of scientists or science faculty in higher educational and research institutes. Yet, findings also indicate that 40 per cent of the country’s annual science PhDs are earned by women. What this figure fails to reveal is that most female doctoral candidates are forced to work twice as hard to prove themselves, not to mention overlooked when it comes to grants. As a result, many women end up leaving the sciences. Unless existing faculty and administration — overwhelmingly male — actively encourage women, the situation will not change.

Sir — The Under-19 Indian boys’ cricket team must be congratulated for winning the World Cup. It is the only team that has lifted the trophy five times. This year, as many as six players either tested positive for the coronavirus or exhibited symptoms. But the players stood strong and beat England in the finals. Yash Dhull, Nishant Sindhu, Shaik Rasheed, Raj Bawa and Ravi Kumar performed remarkably well. The young players must continue to work hard so that someday they can secure a place in the men’s cricket team.

Sir — Yash Dhull, the captain of the U-19 cricket team, expertly led India to its fifth victory in the World Cup. There is certainly no dearth of talented young players in India. Hopefully, the Board of Control for Cricket in India will continue to encourage these young players.

Sir — The announcement of Charanjit Singh Channi as the chief ministerial candidate of the Congress for the upcoming assembly polls in Punjab must be a bitter pill to swallow for Navjot Singh Sidhu (“Cong projects ‘poor’ Channi”, Feb 7). It is obvious to all that Sidhu has been eyeing the post for long. While Sidhu has publicly announced that he respects the decision of the high command, there is certainly a possibility for sudden tussles within the Congress.

Sir — The Grand Old Party has ended all speculation surrounding its choice of chief minister for the 2022 Punjab polls by announcing the candidature of Charanjit Singh Channi. Navjot Singh Sidhu’s frequent clashes with the Congress high command and the departure of the former chief minister of Punjab, Amarinder Singh, from the party have tarnished its reputation amongst the people of the state. The myriad internal crises within the Congress continue to be a problem and will likely affect the outcome of the polls. It is high time the party resolved its internal troubles.

Sir — With the elevation of Charanjit Singh Channi — a Dalit leader — the Congress has indicated that it intends to rectify some of the power imbalances that have long plagued the party. The Congress must continue to acknowledge the contributions of Dalit leaders and activists.

Sir — A lot more needs to be done to reduce the levels of air pollution in India (“Still gasping”, Feb 7). Even after three years since the launch of the National Clean Air Programme, most non-attainment cities continue to exhibit dangerous levels of PM2.5 and PM10 in the air. While it is laudable that Varanasi has cut down its pollution levels by more than half, that is not much of a consolation — in 2020, 46 out of the 100 most polluted cities in the world were in India. The Indian government cannot afford to have a lackadaisical attitude about this crisis.

Sir — The Rights & Risks Analysis Group has released its India Press Freedom Report 2021, highlighting the targeted attacks on journalists in the country. It found that at least six journalists were killed, and 108 journalists along with 13 media houses and newspapers were targeted in India. Unsurprisingly, Jammu and Kashmir tops the list, followed by Uttar Pradesh and Madhya Pradesh. The independence of the press is one of the essential pillars of a functioning democracy. The continued attacks on scribes are cause for concern.

Sir — The article, “Just Stretch” (Feb 2), by Debanjan Banerjee succinctly stressed the need for exercising the brain regularly. Research shows that if we fail to stimulate the brain adequately, it can lead to a range of diseases such as diabetes, obesity, hypertension, high cholesterol, depression and dementia. Thus, it is absolutely imperative that we constantly stimulate our brain through activities such as reading, painting, solving puzzles or crosswords, and, most of all, limit the time we spend in front of the TV.

Sir — Many of us focus on eating well and diligently exercise on a regular basis. But we rarely accord the same importance to the well-being of our minds. These days we spend hours scrolling through social media websites and consume an enormous quantity of inane content. In fact, compulsive social media usage can lead to anxiety and heighten depression. We must prioritize the health of our brains and spend our time wisely.