Letters to the Editor: Met Gala reveals fashion no longer blind to politics 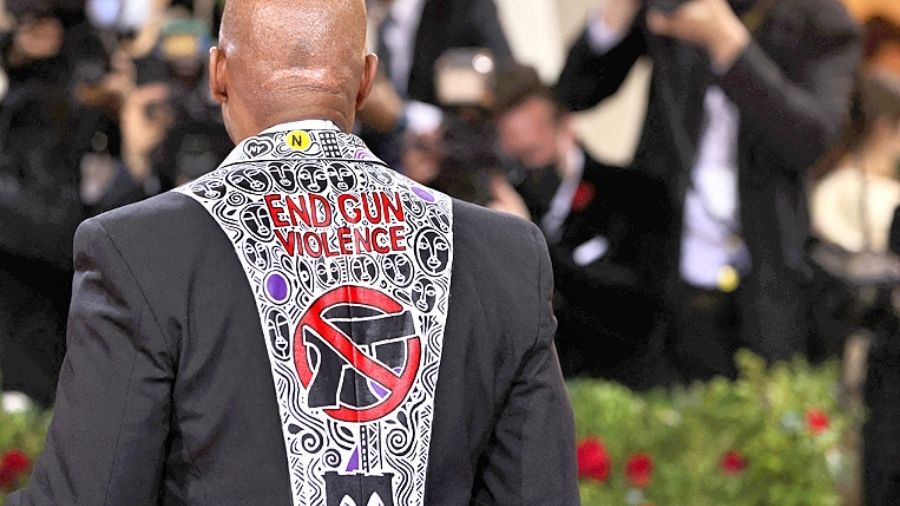 Sir — Progressive politics and the world of fashion have not always seen eye to eye. In recent years, a welcome change has been discernible. The Met Gala, considered to be the biggest night in fashion, has witnessed public figures use the opportunity to draw attention to political issues. Last year, Billie Eilish agreed to wear a dress by Oscar de la Renta after the label promised to stop using fur; Alexandria Ocasio-Cortez wore a dress with ‘Tax the Rich’ written on it. This year, too, the mayor of New York City, Eric Adams, wore a jacket that read ‘End Gun Violence’. These gestures may not be enough to change the inner workings of the fashion industry, but they certainly show that fashion can no longer afford to be blind to political realities.

Sir — After the former prime minister of Pakistan, Imran Khan, was ousted through a no-confidence motion, it seems that another neighbour of India is next in line. Amidst the ongoing economic crisis and the large-scale public anger against the ruling government, Sri Lanka’s leader of Opposition and Samagi Jana Balawegaya chief, Sajith Premadasa, has announced that a no-confidence motion will be brought against the prime minister, Mahinda Rajapaksa, during the next session of Parliament.  Sri Lanka is facing its worst economic crisis since Independence — shortage of food and fuel, soaring prices of essential commodities, frequent power cuts have affected a large number of the people. In fact, Sri Lanka recently defaulted on its foreign debt amounting to about 51 billion dollars because of an acute shortage of foreign exchange. The economic situation has led to demands for a change in government.

Sir — The former leader of the Aam Aadmi Party, Kumar Vishwas, is known to be a level-headed man. It is, thus, shocking that he made inflammatory statements against the AAP chief, Arvind Kejriwal, accusing him of having links with ‘separatist elements’. Kumar was arrested on various charges soon after. Now, the Punjab and Haryana High Court has stayed his arrest. Vishwas should not have made such comments without adequate proof. This is unacceptable.

Sir — The United Nations Environment Programme’s fifth Environment Assembly witnessed 175 countries adopting a resolution to forge an internationally-binding agreement to end plastic pollution by 2024 (“Poisoned”, May 2). Environmental activists and experts have for long advocated the end of plastic-use. Most conventional forms of plastic are non-biodegradable. Reportedly, only nine per cent of plastic produced so far has been recycled. The rest are either in landfills or have found their way into the oceans, resulting in irreparable damage to the marine ecosystem.  People do not hesitate to buy plastic goods available in the markets. In fact, these days, plastic bottles have replaced steel glasses at home. Microplastics are not only harmful for the environment but some studies have found that they can also enter the human bloodstream. There is no point in banning the use of plastic as long as it is being manufactured.

Sir — According to one estimate, 100 million to 250 million metric tonnes of plastic waste is likely to enter the oceans each year by 2025. Another report predicted that without changes to current practices, there may be more plastic by weight than fish in the oceans by 2050. Plastic pollution has no national boundaries; it is essential that countries work together to curb the menace. Recycling is not enough. Microplastics have been found in the extreme depths of the oceans like the Mariana Trench. The only way to save the environment is to stop producing plastic altogether.

Sir — It was disappointing how the Bengal team lost the Santosh Trophy to Kerala (“Bengal lose in final”, May 3). It was a nail-biting match throughout. However, the Bengal team’s defence failed in the last minutes of the game, leading to a tie. The Kerala players made the most of this opportunity, winning their first Santosh Trophy on home soil since 1993.  Bengal’s loss came as a disappointment to football fans. But it must be acknowledged that Indian football has become over-dependent on foreign players, especially since the introduction of the Indian Super League. As a result, domestic football is in bad shape. This was reflected during the Santosh Trophy this year. The All India Football Federation should pay attention to the needs of domestic players.

Sir — A serious accident took place recently in East Delhi’s Shakarpur area. Three people died and two others were severely injured in a high-impact crash between a car and a motorcycle. Curiously, the motorcyclist — he was one of the deceased — was wearing a Zomato t-shirt and was possibly a delivery executive. Food delivery apps require their delivery agents to hand over their orders within a time limit. If they fail to do so, there are financial penalties. As a result, delivery persons flout traffic rules to meet deadlines. Food delivery companies should give their delivery agents enough time to safely reach their destinations. Customers, too, should not make unrealistic demands.

Sir — Food delivery apps promise customers food from their favourite restaurants at lightening-fast speed. We fail to see that delivery agents are being pushed to drive rashly to meet these demands.