Readers' speak: Govt's 5-step meal plan for those recovering from Covid; Dipankar Bhattacharya's criticism of CPI(M) for its failure to read the situational significance of the Bengal polls 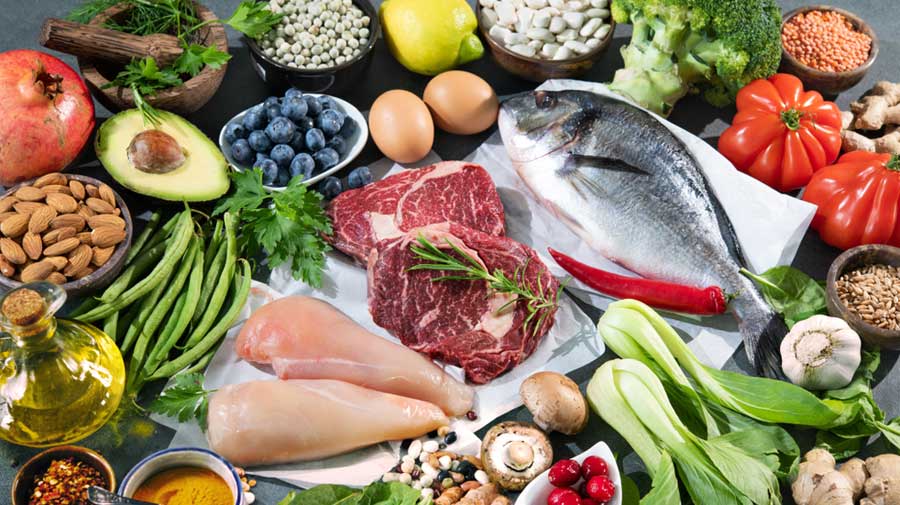 Why must the government be reminded time and again that it has been voted to power by a nation where the majority is non-vegetarian? The least it could do is come up with alternative meal plans for all sections.
Shutterstock
The Telegraph   |   Published 09.05.21, 12:01 AM

Sir — Not even the lives of people in the midst of a pandemic can make the government at the Centre behave in a manner that is secular and scientific. A five-step sample meal plan for those recovering from Covid-19 released by the government has no place for any kind of animal protein, even though doctors are stressing the need for including these in the diet. Why must the government be reminded time and again that it has been voted to power by a nation where the majority is non-vegetarian? The least it could do is come up with alternative meal plans for all sections.

Sir — The victory of the Trinamul Congress is undoubtedly decisive. But the euphoria around it belies the polarization that the state has witnessed for the first time in recent history. Under the garb of victory against communal forces lie the dynamics of polarization and counter polarization of voters along religious and other lines. This truth cannot be wished away. This is just one of the things that Dipankar Bhattacharya, the general secretary of the Communist Party of India (Marxist-Leninist) Liberation, glosses over in his article, “Another historic blunder” (May 6), when he blames the Left Front for equating the TMC and the Bharatiya Janata Party.

The CPI(M-L), too, fielded 12 candidates independently across Bengal including in Phansidewa and Maynaguri. The results were no different from the one faced by the Left Front, which Bhattacharya finds faults with. Further, a look at the results in Malda and Murshidabad bears out how the ‘competitive communalism’ of the TMC and the BJP was the reason the Congress and the Left were wiped out from the region.

Bhattacharya’s strategic view also stands challenged if one looks at the outcome of the Kerala polls. Led by Pinarayi Vijayan, the Communist Party of India (Marxist) fought and won against both the BJP and the Congress. How would Bhattacharya explain this victory?

The CPI(M-L) general secretary is well within his rights to advocate his view — it is evident that this view is shared by a section of the urban liberal voters in Bengal. But even he cannot deny that the corruption in the TMC and its propensity to play to caste and community sentiments are factors that paved the way for the inroads that the BJP has made in Bengal. The seat share of the BJP reflects resentment against the ruling TMC. To deny this would be to ignore reality.

Sir — In his article, Dipankar Bhattacharya has categorically blamed Left parties, especially the CPI(M), for putting the TMC and the BJP in the same bracket and appealing to people to defeat both. According to him, the Left avoided spelling out in exact terms any alternative tactical model, which he thinks should have been adopted to keep the BJP at bay in the just concluded state election.

Further, although he did not explicitly speak of an all-inclusive ‘mohajot’ of democratic forces, including the TMC, the tone of his article makes it clear to the reader that this is what Bhattacharya is prescribing. One is tempted to raise a humble query: why did his party then  contest in as many as 12 seats instead of supporting the TMC in this crucial battle against the fascist BJP?

Sir — Dipankar Bhattacharya criticizes CPI(M) for its failure to read the situational significance of the Bengal polls. There may be some logic in his diagnosis, but the results of the said elections were decided by three primary factors: Prashant Kishor’s strategy, the ‘NoVoteToBJP’ campaign and the fear of the National Register of Citizens. The TMC has won the elections, but that does not mean it is free of corruption. Bhattacharya cleverly remains silent in this area.

Sir — Dipankar Bhattacharya has hit the nail on the head with his analysis of the failure of the Left Front. Introspection is in order if the Left is to remain relevant in its former citadel.