READERS' SPEAK: Facebook's policy on hate speech; cruelty against animals must be stopped 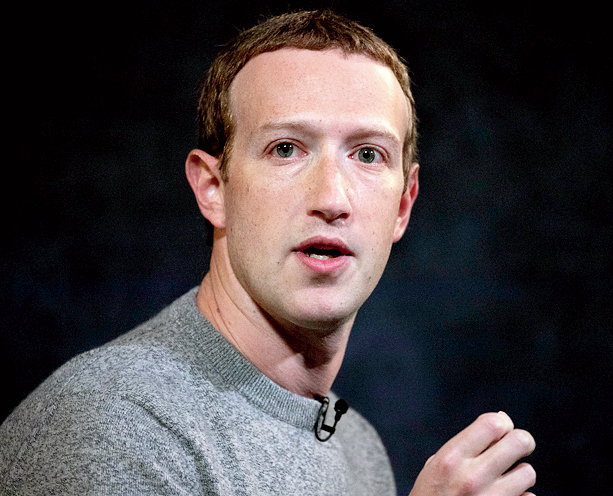 Sir — It was amusing to read the comments made by the CEO of Facebook, Mark Zuckerberg, about the ‘action’ his social networking site has taken against hate speech, and in particular his seeming reference to the provocative words of the Bharatiya Janata Party leader, Kapil Mishra, before the Delhi riots. Facebook has been notorious for allowing hate speech to exist on the platform; it once famously refused to take down pages with jokes about rape, saying that ‘offensive opinions’ do not violate its ‘policy’. Moreover, while one might say that any criticism of hate speech is welcome, perhaps it would be better if the leadership of the party that Mishra belongs to took him to task.

Sir — The news of the gruesome death of a 15-year-old pregnant wild elephant in Kerala was beyond appalling. While reports have been varying about whether it was deliberately fed a cracker-laden pineapple that exploded in its mouth or it happened to consume the fruit that was lying around for another purpose, the gentle creature’s death is still the result of human cruelty, and all of humanity needs to hang its head in shame. The tusker, in search of food, strayed into a village where it ate the fruit. The poor pachyderm was in intense pain after the injury; even then, it did not harm a single soul. It died a slow and excruciating death standing in a river, refusing all rescue attempts by the forest department.

Sadly, this is not the first incident of such unspeakable cruelty inflicted on animals in India. How is it that perpetrators of heinous crimes against animals largely go unpunished when cruelty against animals is a cognizable offence under Section 428 and Section 429 of the Indian Penal Code? While some countries are now starting to regulate trade in wildlife, India leads the prohibition on ivory trade. Some of the biggest triumphs for animal welfare here in the last decade involved the ban on dolphinariums in 2013, the prohibition on animal testing for cosmetics in 2014 and a ban on the import of cosmetics tested on animals. India also prohibited the export of shark fins for use in soup and does not allow wild animals in circuses.

In spite of all this, we are confronted with stories of depraved behaviour by humans towards animals. For this to stop, law enforcement agencies must be made aware about the right of animals to be treated with kindness and dignity. They must be properly educated about the gravity of the offence of animal cruelty. Punishment should be quick and stringent. Law enforcement bodies must not always wait for the judiciary to lead the way in this regard.

Moreover, as a society, we must teach our children that the world and its resources are meant to be shared by all living creatures, and that their rights to life and dignity are no less than ours. Animals form a vital part of the planet’s biodiversity; each creature has a role to play in the circle of life. If we disrupt that, we will have to bear the consequences. Most important, criminal acts against other species ought not to be treated differently from acts of violence against human beings.

Sir — There are a number of concerns surrounding the abhorrent way in which the pregnant wild elephant died in Kerala. Even though it is being said that the elephant ended up consuming cracker-laden fruit that local farmers often leave around their fields to ward off wild boars, the truth is that it is still an extremely cruel method to use, as wild boars, too, could be — and probably are — injured in a similar manner. But then it must also be asked why enough is not being done by the government for local populations to be able to guard against trespassing without having to resort to such dangerous means.

At the root of the problem, alongside human cruelty, lies the avaricious intent of governments and corporations to clear away forest land, leading wild animals to venture into human settlements and often meet a violent end. The perpetrators of the crime in question at the moment must be caught and punished, but the larger problem of capitalist interests leading to the man-animal conflict should be addressed as well.

Sir — The report about the horrific death of a pregnant elephant in Kerala’s Palakkad district has disturbed me greatly. One wonders what motivates human beings to commit acts of cruelty against animals. The incident is a clear indication of our problematic relationship with animals and the natural environment. The brutality speaks to us of a greater malaise that requires urgent correction: a malaise that lies in the collective societal mindset. A strict and speedy inquiry along with prompt legal actions against the culprits are necessary.

Sir — The incident in which a 15-year-old tusker died a horribly painful death is in clear violation of a number of laws related to animal rights in the Indian Penal Code. As humans, we must unequivocally condemn the crime. Those who are found guilty of having caused the gentle animal — it is reported that the pachyderm did not harm a single human or trample any dwellings even after it was so badly injured — such pain must face the strictest repercussions. Swift action in this matter, including a speedy investigation and trial, will send out a strong message to others who are prone to treating animals badly.