Advertisement
Home / Opinion / Letters to the Editor: Is it time for a Swachh Gotham Abhiyan?

Letters to the Editor: Is it time for a Swachh Gotham Abhiyan?

Readers write in from Bangalore, Calcutta, Ludhiana and Gurgaon 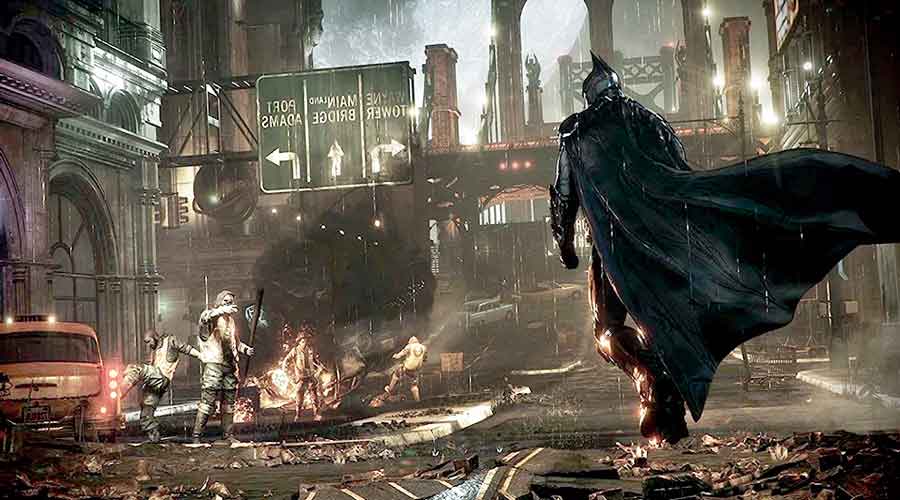 Sir — Is it time for Gotham City, the haunt of the Batman, to adopt a Swachh Gotham Abhiyan? In the course of several recent films in the Batman franchise, viewers have been shown — repeatedly — a Gotham choking with garbage, dirt and grime. Of course, the litter has symbolic value: it is meant to be representative of Gotham’s moral decline. Perhaps in his next flick, the Batman should think of emulating Narendra Modi’s formula to rid his fief of garbage. It would give the Bharatiya Janata Party something to gloat about. Neither real nor reel life is immune to the party’s ambitions.

Sir — The vice-president of India, M. Venkaiah Naidu, recently made an interesting observation. He asked, “We are accused of saffronizing education, but then what is wrong with saffron?” Two things come to mind. First, who does Naidu include in his ‘we’? Is it the government, the Bharatiya Janata Party or the Rashtriya Swayamsevak Sangh? Irrespective of which of these answers is the right one, Naidu should realize that as the vice-president he must not see himself as a part of any of the above. But if Naidu’s behaviour in the past is any indication, he is unaware of this.

Now for the more important quandary posed by Naidu’s question about what is wrong with the saffronization of education. If Naidu’s is to be believed, then the intent of the ruling dispensation, as far as India’s education system is concerned, is clear. The saffronization of education has the power to shape India’s future and deeply entrench the divisive agenda of the BJP. If young minds are given a distorted picture of history, they will never learn about the inclusive spirit that is one of the foundational principles of this country.

Sir — The Bharatiya Janata Party government in Karnataka has announced that it will bring in a law to free temples from government control. This is undoubtedly going to lead to another round of political slugfest in a state that is already restive over the banning of hijabs in educational institutions. The demand for freeing Hindu temples from the purview of The Hindu Religious Institutions and Charitable Endowments Act, 1997 has gained ground after an misinformation campaign by Hindutva groups alleged that the funds collected in temples are being diverted to non-Hindu religious institutions.

Politically, the move is expected to help the ruling BJP. The Congress, which has been at loggerheads with the government on the anti-conversion bill and the anti-cow slaughter bill, will be on the back foot if it tries to oppose the narrative of freeing temples while fighting the BJP in the polls next year.

Sir — The government’s decision to begin the Covid-19 immunization programme for children between 12 and 14 years is welcome. But it also raises a concern. Why was Corbevax, a protein subunit vaccine, chosen over Covaxin, which has been used for immunizing adults and adolescents between 15 and 18 years and the safety profile of which is now known? This selection was done without the approval of the National Technical Advisory Group on Immunization, a body whose express mandate is to study the various facets of a vaccine before clearing it for the national immunization programme. Evidence-based policymaking should not be jettisoned even if — or rather especially if — a pandemic is raging.

Sir — Veganism is on the rise for pets, just as it is for humans. It is not surprising that people are reviewing their pets’ diet — if one has made a principled decision to reduce or stop meat consumption, it seems odd to pile the pets’ dinner bowls full of animal products.

However, it is one thing to make a personal dietary choice and another to decide on behalf of another creature. One needs to make sure that the health of pets is not being compromised. For instance, dogs are omnivores and as long as their diet is complete and balanced, they can be vegetarian or even vegan. Cats are different. Their anatomy and metabolism have evolved to obtain nutrition from small prey. Felines need specific groups of nutrients that are commonly found only in meat. Pet-owners should, thus, consult trusted veterinarians before making such dietary choices for their pets.

Sir — Every day at midnight, thousands of people go online to take a crack at the day’s Wordle. People around the globe come together on social media to share their Wordle results and discuss strategies. Wordle was meant to be a free online game available to everyone. But since it was bought by The New York Times, there are rumours that Wordle may no longer be free. In a world of extreme polarization, Wordle is a fun hobby that made headlines for positive reasons — stimulating our brains and giving a diverse population common ground. Monetization has ruined too many good things; let us not add Wordle to the list.