Advertisement
Home / Opinion / Letters to the editor: How about adding bouma shashti to the Bengali calendar?

Letters to the editor: How about adding bouma shashti to the Bengali calendar? 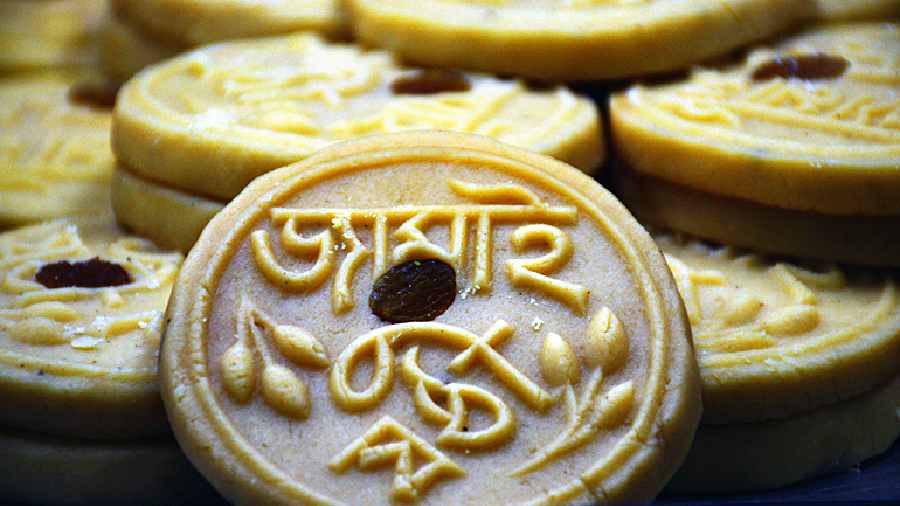 There is not a single such day devoted to the daughter-in-law or even the daughter in the Bengali calendar
Telegraph Picture
The Telegraph   |   Published 23.06.22, 03:21 AM

Sir — The saying, ‘Baro mashe tero parbon’, aptly conveys the abundance of rituals and festivities in the Bengali calendar. Unfortunately, several of these arcane rituals are deeply rooted in misogyny. One such tradition is jamai shashti — on this day, usually in the month of June, the son-in-law goes to his wife’s paternal home and is treated to a royal platter by his mother-in-law and is pampered by other in-laws. With jamai shashti being declared a public holiday in the state, the privileges of jamais seem to have no bounds. On the other hand, there is not a single such day devoted to the daughterin-law or even the daughter in the Bengali calendar. Since Bengalis only need an excuse to celebrate, surely they will not mind adding bouma shashti to the calendar.

Sir — Flooding has been a long-standing problem in Assam. Over the years, the floods have become a poll plank. But nothing concrete has been done to improve the situation. The Centre has not responded to the Assam government’s plea to declare the flood and erosion problem in the state a national issue; this is the third time such a plea has been sent to the Union government.

Extensive dredging and de-siltation must be undertaken in Assam’s rivers to improve the situation at the earliest. The Centre must disburse the necessary funds not just to fight the crisis but also for long-term mitigatory measures.

Sir — The Geneva-based Internal Displacement Monitoring Centre’s nearreal-time displacement monitoring tool has Assam as the only spot in India at present where people have been displaced owing to disaster and are living in camps. What Assam is experiencing is the new reality of climate change, which is unfolding before our eyes in catastrophic ways. Yet, governments both at the Centre and in the state are bent on green-lighting ‘developmental’ projects that do not take into account Assam’s fragile ecology.

While excess rainfall is partly responsible for the floods, it is not the only reason for Assam’s woes. Urbanisation, deforestation and mono-cropping are also responsible for causing floods after above average rainfall.

Sir — Agnipath, the Centre’s proposal for shortterm recruitment in the armed forces, is a desperate bid to tackle the unemployment crisis. But the plan has few takers among the youth given the abridged tenure of service and the absence of retirement benefits. Unprecedented protests demanding a roll-back of the policy have rocked several states since the scheme was announced.

Unemployment is at its highest in over 45 years. Ill-conceived policies of the government have only aggravated the situation. A comprehensive rethink of the scheme is needed.

Sir — The Centre has adopted a high-handed approach to protests against the Agnipath scheme. It has not only ruled out a roll-back of the policy but has also warned that the protesters will be debarred from recruitment (“Firefight”, June 21). Similar protests had taken place against the three farm laws, ultimately leading to their repeal. This shows that the Narendra Modi government has learnt nothing from the past. Crucial reforms must consider the points of view of all stakeholders; the Modi regime has failed in this respect.

Sir — It is surprising that some members of the military establishment have supported the government on the Agnipath scheme. The lieutenant-general, Anil Puri, who is in charge of the scheme, has defended the government’s stance and claimed that the concessions — the one-time relaxation of the age limit for recruits and the 10 per cent job reservation for demobbed Agniveers — that were announced at the outbreak of protests were pre-planned (“Govt talks tough on Agnipath”, June 20). Such assurances are not enough. Worse, comments by a Union minister about Agniveers being trained for menial roles seem to justify apprehensions about the scheme.

Sir — The Union cabinet has approved the 5G spectrum auction, which will usher in high-speed telecom services. But is India ready for 5G services? Several remote parts of the country still do not have access to even 2G network. The government should focus on developing a better network infrastructure. In fact, India’s spectrum per operator is very low. This means it has the slowest 4G services among 88 countries. The upgradation to 5G is bound to be riddled with difficulties.

Sir — The article, “Stamp of affection” (June 19), by Gopalkrishna Gandhi was a trip down memory lane. Gone are the colourful and scented letter writing pads and envelopes with stamps affixed to them. Expressing emotion on paper is now a thing of the past. It is sad that philately is a dying art. It is rightly called the hobby of kings. Much about the culture, history and inventions of different countries could be told through their stamps. Efforts must be made to revive this enthralling hobby.

Sir — It is heartening that monsoon has finally arrived in Calcutta. The rains brought relief from prolonged heatwaves. But heavy downpours will inevitably leave parts of the city waterlogged for days. The civic authorities must promptly take steps to unclog the drains and ensure that rainwater does not stagnate after a heavy spell.

Letters should be sent to: 6 Prafulla Sarkar Street, Calcutta 700001 or ttedit@abp.in