Letters to the editor: Good to see diverse groups celebrating love without fear of censure 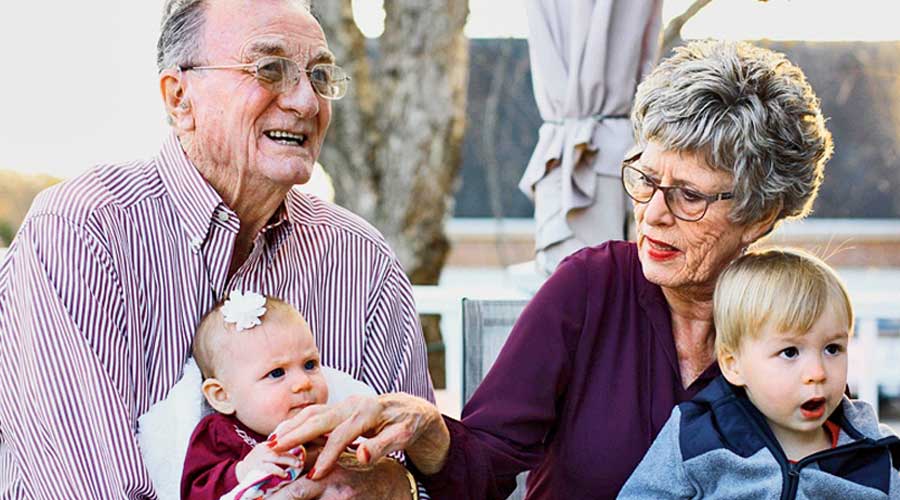 Sir — Every year on Valentine’s Day, advertisements are replete with youthful, heteronormative and able-bodied couples showing their love for each other. Even if there is diversity in race or sexual orientation, older couples or couples with disabilities are rarely represented in the media. Many people also celebrate non-romantic love on Valentine’s Day and shower their children, parents, friends or even pets with tokens of love. Hearteningly, social media has allowed all those ignored by traditional media to publicly express their gratitude for their loved ones. For someone who came of age in a far more conservative world, it is truly a joy to see a diverse group of people celebrating love without fear of censure.

Sir — The Trinamul Congress must be congratulated for winning the polls to the municipal corporations in Bidhannagar, Siliguri, Chandernagore and Asansol. This shows that the masses continue to rally behind the TMC no matter the hue and cry raised by the Bharatiya Janata Party, accusing the former of corruption and intimidation. It is a relief that the polls were conducted in a largely-peaceful manner.

Sir — The TMC’s clean sweep in the four municipal corporations, following its win in the assembly polls as well as in the civic polls in Calcutta last year, proves beyond doubt that Mamata Banerjee is likely to emerge as one of the key players in the 2024 Lok Sabha elections. The party must keep working hard so that it can hold on to the support of the masses.

Sir — As the Karnataka High Court continues to hear petitions against the state government’s ban on women wearing the hijab to educational institutions, one cannot help but wonder how an elected government can justify infringing upon the fundamental right to freedom of religion. It is unfortunate that the citizens of a country built on the ideals of secularism are now fighting for the right to profess and practise their religion. The rights of Muslim women must be upheld.

Sir — Educational institutions must allow Muslim girls to wear the hijab or the burqa if they choose to do so. For centuries, Indian Muslims have publicly worn items of religious significance on a par with Hindus, Sikhs or Christians. The government must not let the situation escalate any further.

Sir — The 19-year old student, Bibi Muskan Khan, who has become a symbol of the protest against the ban on the hijab in educational institutions in Karnataka, must be lauded for her courage. Khan was heckled by a group of men in saffron scarves chanting Jai Shri Ram for wearing a hijab (“Mr Modi, see how your maryadapurushottams are treating a student”, Feb 9). But she stood her ground against a visibly hostile mob, raising her fist in protest.

It is astonishing that the prime minister could accuse the Opposition of “misleading” Muslim women when he should have condemned the vicious attacks by the so-called vanguards of Hindutva on Muslim students. The Centre is duty-bound to ensure that all citizens of India are treated equally.

Sir — The Calcutta Metropolitan Development Authority’s reasoning for limiting visiting hours to Rabindra Sarobar and Subhas Sarobar does not make any sense. Officials argue that crowding could lead to the destruction of birds’ habitats and yet the lakes themselves are ill-maintained. They are filled with water hyacinth and people can sometimes be seen bathing or washing clothes in the water. This is bound to kill the fish and adversely impact the visit of migratory birds. The authorities should focus on maintaining the cleanliness of the water bodies before taking other measures.

Sir — At a time when the Indian economy has been decimated by the Covid-19 pandemic, it was shocking to learn that the Central Bureau of Investigation has booked several executives of ABG Shipyard Limited for allegedly cheating a consortium of banks led by the State Bank of India of over Rs 22,842 crore. This has, once again, raised questions about the administrative gaps within the Indian banking system. The government must take strict action against those responsible for the fiasco.

Sir — In an unforeseen move, the prime minister of Canada, Justin Trudeau, has declared a national emergency to deal with the crisis arising from the ongoing truckers’ protests against various Covid-19 prevention measures. The ‘Freedom Convoy’ protests were started by truckers opposing a mandate that required cross-border drivers to either vaccinate themselves or quarantine for a stipulated period.

While many have supported the government’s move, declaring a state of emergency is an indication of the failure of the government to amicably resolve a crisis. Effective and coordinated mediation could have prevented the situation from escalating.

Sir — Justin Trudeau should have been able to manage the crisis in Canada without declaring a state of emergency. This reflects poorly on the prime minister’s capability to resolve a problem effectively.