Advertisement
Home / Opinion / Letters to the editor: From Historic England, an idea for Calcutta

Letters to the editor: From Historic England, an idea for Calcutta

Readers write in from Calcutta, New Delhi, Nellore and Siliguri 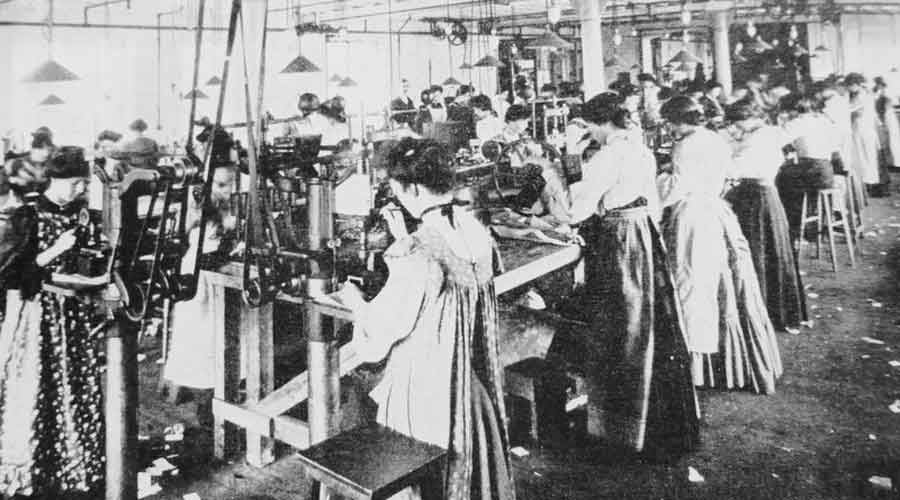 Sir — The preservation of history must not be limited to markers of political significance. Historic England — it manages buildings listed as historic as well as nationally-protected sites — is launching a scheme to find ordinary places that celebrate the legacy of England’s working-class, such as factories, mines, pubs, and other places. This is a commendable endeavour and must encourage others to follow suit. Calcutta, too, has a plethora of such places — sweetshops, old bakeries or charcuteries — that are an integral part of the history of the ordinary people of the city. The State must protect these sites before they disappear.

Sir — In perhaps his first address this year on the theme of the environment, the prime minister, Narendra Modi, remarked that it was not the planet that was “fragile” but people and their commitment to conserving nature. The truth is more complex. Man’s embrace of agriculture, the dominance of wheat and rice as food crops and the clearing of forest tracts caused the first major large-scale changes to global climate. Atmospheric changes due to the dawn of the industrial age and the use of fossil fuels came next. What is common to both these eras is that those who suffered the most are the poor, or those with the least agency to shield themselves from a perturbed nature.

India’s position on climate justice is that it cannot be denied the right to rely on polluting fossil fuels to ameliorate the living conditions of most citizens who have limited access to reliable energy. India, thus, expects to go on using coal plants, razing forests to make way for industries, and building roads in vulnerable ecosystems — in other words, put the lives of millions of those at risk from the vagaries of climate change in the pursuit of economic development. The country must accelerate and prioritize the transition to energy sources that are minimally invasive when it comes to nature.

Sir — Karnataka’s Pavagada solar park dismantles the myth that renewable energy is inherently good. There is concern around life and livelihood in the region after the park is decommissioned. The State’s agreement with the villagers is that the land would be given back to them in the same condition in which it was acquired. Environmentalists are certain that heavy concretization of the land to build the panels has changed the land patterns. Karnataka, however, is hopeful about extending the lease period and is certain that the land would be cultivable if it needed to be returned to the farmers. This is doubtful. The project highlights the need to include economic empowerment of local communities during transitions from fossil fuels to renewables.

Sir — It is estimated that the economic damages caused by cyber crimes would become more profitable than the global trade in all major illegal drugs combined. This is a threat that needs to be taken seriously. Credential theft and the threat of data breaches, phishing and ransomware attacks, apart from major IT outages, are expected to be among the main concerns for governments and businesses going forward.

Instead of waiting for the so-called ‘Big Bang cyber attack’, nations and institutions should actively prepare for a rash of cyberattacks primarily directed at available data. Law enforcement would need to team up with software experts for this purpose.

Sir — Yet another legislative attempt to prohibit online gaming has failed. The Karnataka High Court has struck down amendments brought to existing regulations on betting and gambling prohibiting certain online gaming activities. The amendment was paternalistic, even though its aim — protecting the people, especially the youth, from the temptations of online gambling — might have been laudable. The provision failed to make a distinction between games of skill and games of chance and sought to bring under the proscription all games played online, regardless of the extent to which skill was required.

Online gaming is fast becoming a lucrative career in several parts of the world. To ban it would not just be an economic loss but also push those passionate about online gaming into the deep web where they would be even more unsafe.

Sir — The year, 2021, witnessed a slew of laws on online betting and gaming being passed across India. Some states have imposed outright bans, while others have made restrictive amendments to existing laws governing online gambling. Yet, India’s online gaming market collected revenues worth Rs 136 billion in the same year. This shows that bans achieve little, especially when it comes to the internet.

Sir — The governor of West Bengal, Jagdeep Dhankhar, has returned the recommendation of the chief minister, Mamata Banerjee, to summon the state assembly on March 7. He had prorogued the House, allegedly on the advice of the government, a few days back. The development brings to fore a fresh imbroglio in the relations between the Raj Bhavan and the West Bengal government.

Dhankhar has called on Banerjee for a dialogue to sort out differences. But there has been no response from the chief minister. A few weeks earlier, Banerjee had said that she had blocked the governor on Twitter and accused him of interfering with governance and trying to influence government officials. This situation is becoming untenable.

Sir — There is considerable excitement in the world of medicine after scientists reported that a woman living with HIV has likely been cured with an experimental treatment. This requires stem cells from that rare group of individuals with a specific beneficial mutation. But this would be inaccessible to most HIV patients in the world.