Letters to the Editor: For Kim Jong-un, K-Pop a 'vicious cancer'

Readers write in from Hooghly, Murshidabad, Ujjain, Visakhapatnam and Calcutta 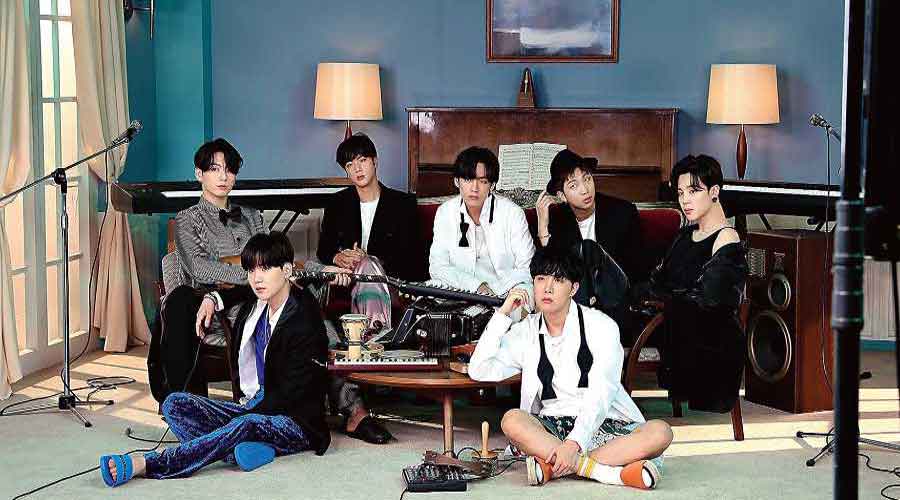 Sir — The line separating music and cacophony seems to be rather abstract. The North Korean supremo, Kim Jong-un, had once labelled K-Pop, a popular genre of music originating in South Korea, as a “vicious cancer” corrupting the minds of North Korean youth. A recent report by a Seoul-based human rights group claims that at least seven people have been executed in North Korea in the past decade for watching or distributing K-Pop videos. Curiously, Kim himself attended a K-Pop concert at Pyongyang in 2018. How was it that the din of K-Pop sounded like music to his ears then?

Sir — It was disheartening to learn that the Central leadership failed to mention the former prime minister, Indira Gandhi, on the occasion of the 50th anniversary celebration of the 1971 Bangladesh Liberation War (“Congress to govt: Don’t forget Indira”, Dec 17). One must not forget that Indira Gandhi played a crucial role in the liberation of erstwhile East Pakistan. It is time that the common people woke up to the insincerities of the ruling party.

Sir — The Central government’s omission of the contributions of Indira Gandhi during the Vijay Diwas celebrations exposed the spitefulness of the Bharatiya Janata Party-led government. The liberation of Bangladesh would not have been possible without her.

Sir — The BJP’s refusal to acknowledge Indira Gandhi during the commemoration of the 1971 Bangladesh Liberation War lays bare the saffron party’s shameful attempt to erase the role of former Congress leaders, including prime ministers, in shaping the history of South Asia.

Sir — When Covid-19 first struck, we had little knowledge of how to cope with the virus. While vaccines were still on their way, wearing masks, using hand sanitizers and lockdowns were the only means to protect ourselves. Even the precautions could not prevent a large number of deaths during the second wave of infections. As such, the panic about a third wave owing to the Omicron strain is understandable.

But one must trust the government and the healthcare workers. With mass vaccinations being undertaken and a revamped healthcare system, we are better prepared than before. We must stay calm and take necessary precautions.

Sir — Covid-19 has battered the Indian economy, which is just recovering. There is another factor which is linked to both the pandemic and the economy: poor hygiene and open defecation continue to plague India. A 2015 report indicated the inadequate sanitation facilities led to an estimated loss of 5.2 per cent of the country’s gross domestic product. Clean water, sanitation and hygiene (WASH) play a crucial role in improving both India’s healthcare system and its economy.

Sir — The last sentence of the editorial, “Moral force” (Dec 17) — “If the emperor has no clothes, calling him out is a democratic act.” — explains everything that is wrong with India’s present leader. It brought to mind the hoards of yes-men — including the masses hired to attend his rallies — that surround our prime minister.

It seems that the farmers who were agitating against the three contentious farm bills introduced under the aegis of the prime minister — they were finally withdrawn by the government — and a few Opposition leaders such as Mamata Banerjee and Rahul Gandhi have the courage to raise their voices against the head of the State.