Advertisement
Home / Opinion / Letters to the editor: FIR against Noida resident who took his pet dog to Kedarnath shrine

Letters to the editor: FIR against Noida resident who took his pet dog to Kedarnath shrine

Readers write in from Chennai, Calcutta and Jalandhar 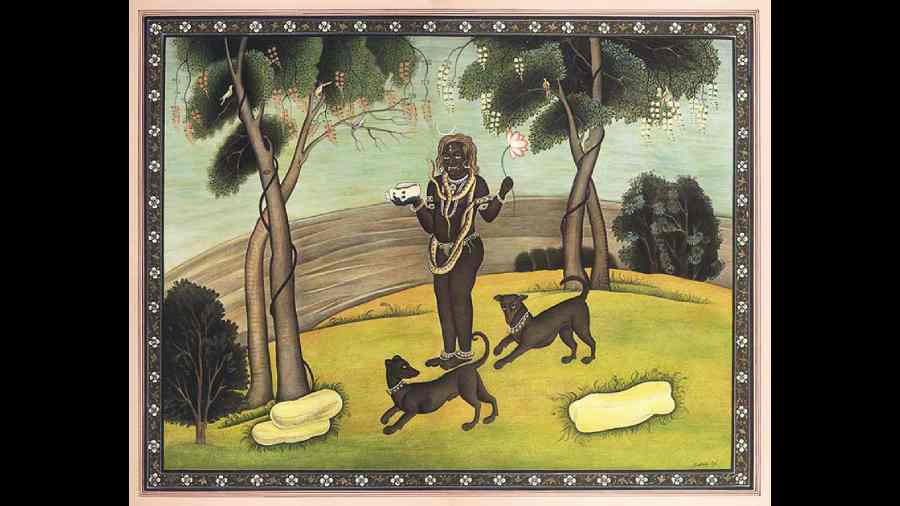 Sir — A first information report has been filed against a Noida resident who took his pet dog to the Kedarnath shrine. The irony of this happening at Kedarnath is that dogs are associated with the aggressive avatar of Shiva known as Bhairava. Bhairava is illustrated either as a ferocious alpha riding a rabid dog, known as Kal Bhairava, or as a child, also riding a dog, known as Batuk Bhairava. In fact, the temple of Kilkari Bhairava is populated with dogs, who bask in the attention showered on them by devotees. God is unlikely to differentiate between his creatures. The FIR should be withdrawn at once.

Sir — It is heartening that the Supreme Court sentenced the former Punjab Congress chief, Navjot Singh Sidhu, to one year of rigorous imprisonment in a 1988 case of road rage that resulted in the death of the 65-year-old Gurnam Singh. The verdict will restore the faith of the common people in the judiciary. Sidhu’s future looks grim at the moment. Ashok Kumar Ghosh, Calcutta  Sir — It is a matter of concern that Navjot Singh Sidhu was fined a paltry sum of Rs 1,000 the last time the road rage case he has been convicted in went to court, even though his actions led to the death of a man. Had the victim been someone famous, Sidhu would have been given more stringent punishment. Even though Sidhu has now been sent to jail, it is too little too late. Equality before the law still seems to be a distant dream in India.

Sir — The Patiala chief judicial magistrate, Amit Malhan, has ordered the constitution of a medical board to examine Navjot Singh Sidhu and submit its opinion on his dietary and medicinal requirements. One wonders how many prisoners in India are done this courtesy. The case of Father Stan Swamy, who was denied treatment for his various ailments, including debilitating Parkinson’s, comes to mind. There are several other prisoners who are languishing in jail — some of them still under trial — without the State paying any attention to their health.

Sir — The Congress seems incapable of learning from its mistakes. It continues to lose members owing to infighting and the lack of cohesion. Sunil Jakhar has now left the Grand Old Party (“Jakhar leaves ‘family’ for BJP”, May 20). It is high time that the old guard, including leaders like Ashok Gehlot, make way for younger members. The Congress should bring leaders like Sachin Pilot, Kanhaiya Kumar and Jignesh Mevani to the fore. The nation is tired of the state of the economy and with fresh faces at the helm, the Congress will not find it difficult to gain lost ground.

Sir — It was not surprising to hear that Hardik Patel has left the Congress. Before him, Sunil Jakhar left the party. The exits are likely to continue as many Congressmen in Punjab are raising their voices against the party. The party should ponder why leaders keep leaving it. The answer to this question is simple: the party abandoned the path that its progenitors had outlined for it. Most citizens of the country wish that the Congress would rise out of its stupor and fulfil its role as the principal Opposition. The Congress’s latest Chintan Shivir does not seem to have had an effect. The failure of the Gandhis is the elephant in the room, but it was not mentioned in the Chintan Shivir.

Sir — The proposal of the Union minister of state for social justice, Ramdas Athawale, to earmark a day to celebrate wives is nothing but a publicity stunt. There is no doubt wives — they often manage both home and work single-handedly — must be celebrated. But they should get such appreciation every day. Like a husband, a wife deserves respect, equality and the right to make her own choices. Moreover, it is hypocritical to celebrate Wife’s Day at a time when domestic violence is on the rise across the country. Stringent regulations have failed to curb this menace or to eradicate social evils like dowry and child marriage. Wives do not want a commemorative day, rather a partner who would help them realise their true potential.

Sir — In the sultry Indian summer, water-based popsicles are always in great demand. Unfortunately, most companies these days produce milk-based ice creams which are heavy. Popular ice creams like the orange or the cola stick are perfect for hot days. These ice creams are easier to digest and quench thirst in summer. Milky ice creams only end up making consumers feel more thirsty. Although water-based ice creams are cheaper, they sell in large numbers, thus making up for any losses that companies might incur from marketing them.