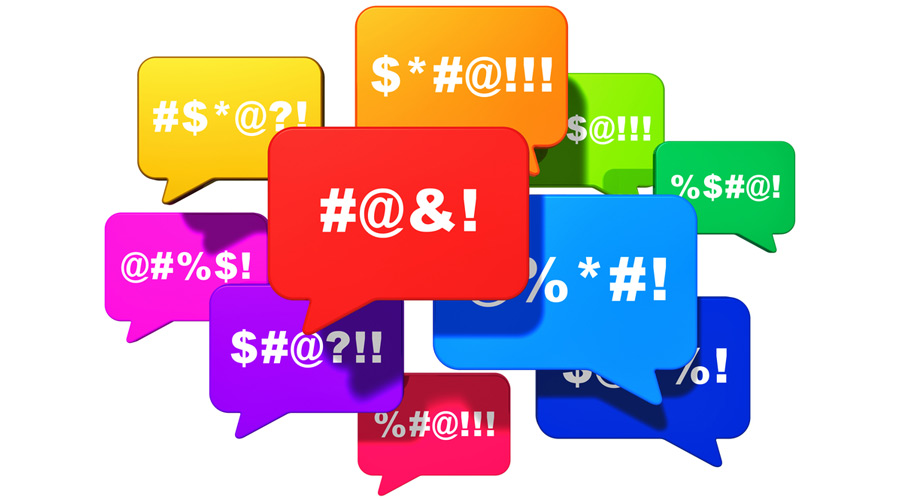 Sir — There is no ignoring sexist cuss words in our day-to-day lives. There have been attempts at reclaiming swear words — terms such as ‘gay’ and ‘ginger’ are instances of abuses that have been rebranded as badges of honour. Curiously, an overwhelming majority of cuss words directly or indirectly target women, especially family members like mother, sister, daughter and so on. But it is not just cuss words that are problematic. The word, sa**a, which is popularly used to address one’s brother-in-law, actually translates to ‘he, whose sister I bed’. A woman’s identity thus remains intricately linked to that of her sexual partner even in common parlance. That is no less humiliating than abusive words.

The governor’s reasoning that the bill is ‘against the interests of rural and poor students’ cannot be accepted. NEET’s admission data have shown that it places students from marginalized backgrounds, first-generation learners and state-board educated students at a disadvantage. After all, what standardized tests end up measuring is social advantage — access to coaching classes, preparation guides and so on.

Sir — Mukul Kesavan’s article, “Open season” (Feb 6), was illuminating. He is absolutely right to question our disregard for the attack on Asaduddin Owaisi. His controversial views notwithstanding, he is a citizen and a legislator and deserves as much sympathy as any other person in his place would have.

One cannot help but speculate that it is Owaisi’s religious identity that determined the Opposition’s tepid response to the attack. Had the reaction of the political fraternity been the same if, say, some Congress leader had been shot at?

Sir — There is a good chance that Punjab will be retained by the Congress after the upcoming assembly elections. The farmers are still unhappy and the Union budget only made things worse. Charanjit Singh Channi has been declared the face of the Congress for the polls after a tense deliberation between Navjot Singh Sidhu and him. Channi holds sway over the backward classes and castes in Punjab. Whereas Sidhu has been known to be argumentative and indisciplined. Although it remains to be seen how Sidhu reacts to Channi’s ascent, the latter is the right choice to lead the Congress.

Sir — The retired Indian Foreign Service officer, Vivek Katju, is right in refuting the apprehension of a genocide — described as the deliberate killing of millions of people by the State or State-inspired groups — in India (“Warning signs”, Feb 4). He has presented a detailed argument for his disagreement with Gregory Stanton, president of Genocide Watch, over the latter’s warning of such a possibility. Influential figures should be more careful about using sensitive words like ‘genocide’.

Sir — Narendra Modi has long been known to campaign for the Bharatiya Janata Party during state elections. He is perfectly entitled to do so. But is it right for him to use prime ministerial privileges while doing so? While he is on the campaign trail, the party and not the public exchequer must foot his bills. However, in a country where politicians rarely accept responsibility, this might be too much to ask for.

Sir — The line separating political rivalry and personal enmity is thin these days. It was thus a pleasant surprise to see the cordial interaction among the leaders and supporters of the Samajwadi Party-Rashtriya Lok Dal alliance and the Congress when two rallies crossed paths in Uttar Pradesh recently. Tolerance of and peaceful coexistence with different ideological moorings is the mark of a civilized society. Unfortunately, the people of India seem to have forgotten this inclusive heritage.

Sir — The dark side of India’s education sector has been insightfully captured in the editorial, “Still unequal” (Feb 4). The paltry sum allocated to education in the Union budget 2022 will have a disproportionate impact on rural and government schools.

Children from lower-income families struggled to keep up with the forced digitization caused by the pandemic. Many even had to drop out of school. With the additional slash in mid-day meals and other welfare schemes, slogans like “Beti bachao, beti padhao” hardly make sense anymore.

Sir — Blackboards and chalk have almost gone out of fashion. It was thus heartening to know that slate and khori are still used in the haate-khori ceremony for children on Saraswati Puja. One hopes that such traditions are kept alive.