Advertisement
Home / Opinion / Letters to the Editor: Cover up in winter, like Bengalis do

Letters to the Editor: Cover up in winter, like Bengalis do 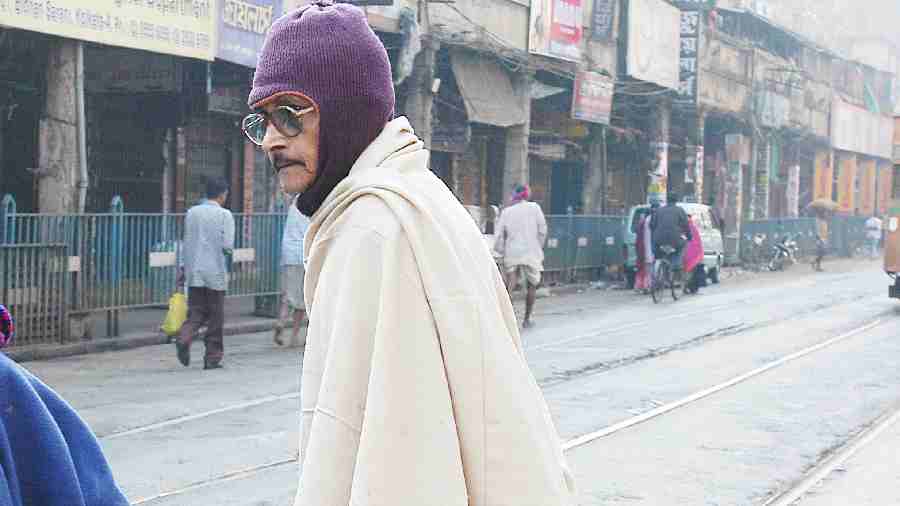 Perhaps people will now know better than to scoff at Bengalis for bringing the much-maligned monkey tupi out of the trunk as soon as there is a nip in the air
The Editorial Board   |   Published 29.11.22, 05:08 AM

Sir — As a tribe, Bengalis are known for being extra sensitive to the vagaries of weather. So much so that a slight dip in the mercury immediately leads to the donning of sweaters and mufflers and prompts choruses of ‘uff ki thanda’. Yet, itchy throats and runny noses still ensue. Experts, though, have now opined that temperature change may not be the only culprit. Rather, seasonal viruses attack the immune system owing to low exposure to sunlight in winter and covering up can essentially minimise the chances of such cold-induced allergies. Perhaps people will now know better than to scoff at Bengalis for bringing the much-maligned monkey tupi out of the trunk as soon as there is a nip in the air. The snuggly wrapped Bengali has reasons to be smug.

Sir — Days before the first phase of the Gujarat assembly elections, the Union home minister, Amit Shah, claimed that the Bharatiya Janata Party government under the then chief minister, Narendra Modi, had established peace in the state by teaching the Congresssupported disruptors a lesson during the 2002 riots (“1942: Hitler’s Germany — The Final Solution; 2002: Modi’s Gujarat — Permanent Peace”, Nov 26). This is a tacit admission that the anti-Muslim pogrom was supported by the state government. This was made clear earlier this year, too, when the Union home ministry approved the early release of the convicts who raped Bilkis Bano and murdered her family during the riots. It is unfortunate that what is essentially a blot in Modi’s political career is being touted as one of his achievements.  Such statements are a desperate bid by the BJP to create religious divisions. This violates the Model Code of Conduct. The Election Commission must take appropriate action against the party.

Sir — Amit Shah’s remark about the Gujarat riots was not only insensitive but also meant to sow the seeds of communalism to reap electoral benefits. But such inflammatory speeches are not new when it comes to poll campaigns. Sensing stiff competition from the Congress and the Aam Aadmi Party, the BJP is trying all the tricks in its playbook to incite hatred — from evoking a love-jihad angle in Shraddha Walkar’s murder to comparing the bearded look of the Congress leader, Rahul Gandhi, to that of Saddam Hussein. Such ploys are detrimental to the democratic ethos of the country.

Sir — The polarised atmosphere in Gujarat in the runup to the assembly polls has been largely perpetrated by the ruling regime in the state. This is disheartening.

Sir — The 48th meeting of the Goods and Services Tax Council will be held on December 17. The Council will discuss the reports of a panel regarding the levies on casinos, online gambling and horse racing. This is a welcome move as these taxes could earn a significant amount for the exchequer. One hopes the Council will also consider the interests of the common man who has to fork out a large sum for GST on life insurances. Insurance companies have been increasing the premium amount arbitrarily. This is burning a hole in people’s pockets. The situation is especially bad for senior citizens who survive on a meagre pension.

Sir — In a horrifying incident last week, the manager of a Walmart store in Virginia, the United States of America, opened fire on his fellow employees, resulting in the death of six people. This marked the 40th mass shooting in the country this year, re-emphasising the need for stringent gun-control measures. The frequent mass shootings are symptomatic of a broken political system that is failing to rise above partisanship and protect its citizens.

Sir — The global healthcare industry witnessed a spike in ransomware attacks last year, with India being the second most targeted country. Data show that such attacks increased by 95.34% this year in comparison to 2021. This is alarming. A massive server breakdown was reported from the All India Institute of Medical Science, New Delhi this week. Its database, containing personally identifiable information of patients and healthcare workers as well as administrative records, was attacked. The government must take immediate steps to ensure the safety of patients and other healthcare workers.

Sir — Childhood obesity has become a global health concern (“Doctors list steps to fight obesity in kids”, Nov 27). There is thus an urgent need to discourage children from consuming food items that have large amounts of fat, sugar and salt. Awareness must be spread about adopting healthy eating habits, especially in schools.  Further, addiction to electronic devices is turning children into couch potatoes withno physical activity. This must be changed at all costs. Additionally, adequate regulations must be put in place to curb misleading advertisements for food products.

Sir — It was heartening to learn that the new planetarium in Howrah will be opened to the public from December 2 (“Howrah gets its own planetarium”, Nov 27). This will be the second of its kind in the state after the M.P. Birla Planetarium in Calcutta. The new planetarium will not only cater to the interests of astronomy buffs but will also serve as a major tourist spot.