Advertisement
Home / Opinion / Letters to the Editor: Calcutta's nonchalance on platinum jubilee of the Queen

Letters to the Editor: Calcutta's nonchalance on platinum jubilee of the Queen 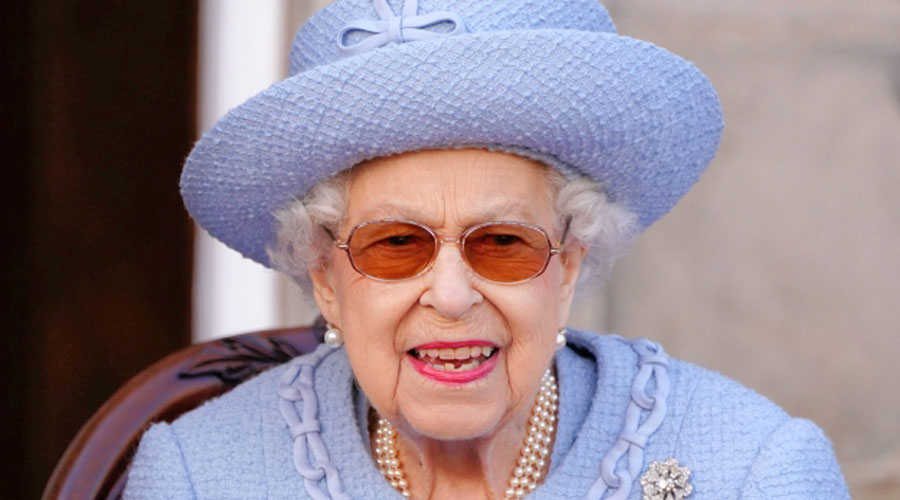 Sir — Calcutta was often called the last outpost of the Empire. Ian Jack once wrote in The Guardian that two things united Calcutta and London — “the first is expensive property and the second is the institution once known as the gentlemen’s club” with dress codes which “while they have done away with cummerbunds, still make the visitor think twice before he sets foot in one.” That this Calcutta has been so nonchalant about the platinum jubilee of the Queen mayfeel like a personal snub to Her Majesty. The least the culturedepartment could have done was to create a little film where the Queen meets some beloved Bengali comic character likeHanda Bhoda or Jatayu and they offer her a Jubilee sandeshjust like Paddington Bear gave her a marmalade sandwich.

Sir — Sri Lankans have run out of patience (“Opposition plans govt in Lanka”, July 11). Inflation in Sri Lanka touched a record 54.6 per cent year-on-year high in June and food inflation accelerated to 80.1 per cent. Is it any wonder that angry citizens stormed the residences of the president, Gotabaya Rajapaksa, and the prime minister, Ranil Wickremesinghe? But the latter should have been spared— he accepted an unenviable job when he took on the reins of a country that had already slip slided too far down a debt trap. Sri Lanka needs a functional government to conduct negotiations with the International MonetaryFund and other nations. The economy should be restructured and sweeping changes need to be brought in the way that the country functions. Continuing anarchy will only deter foreign investors.

Sir — The economic crisis in Sri Lanka has hit a new low with protests forcing both the president and the prime minister to say that they will step down. The State machinery has failed to rein in the protesters and the resultant chaos is making life in the island nation more difficult. Sri Lanka needs a leader with mass approval to take charge. The citizens of the country must unite to usher in a new government.

Sir — The grim situation in Sri Lanka is bound to affect India. But one also cannot help noticing parallels between India and Sri Lanka —dynastic politics is the reason for the latter’s downfall; abrupt and poor agricultural policies led to a steep fall in production; the government announced subsidies without arranging additional income generation; imports had to bestopped owing to a crunch in foreign reserves. Now consider India: we are no strangers to dynastic politics, faulty policies or political freebies. Our foreign reserves have dipped and wheat exports have been banned. While inflation in India has not reached Sri Lanka’s levels, it is pretty bad.

Sir — The pictures of the Sri Lankan rebellion are telling. Protesters seemed in awe of the splendour of the prime ministerial and presidential homes. This shows just how much the gap between the haves and have-nots is in Sri Lanka.

Sir — Mukul Kesavan’s article, “Symbolic address”(July 10), was illuminating. He is absolutely right in claiming that while political dispensations come and go and the country tries to shed old associations and honour new heroes by renaming roads, some names are too iconic to yield to such transformations. Who, for instance, calls Park Street ‘Mother Teresa Sarani’ or Allahabad ‘Prayagraj’?

Sir — Some roads and parks in Calcutta have not lost their colonial monikers (“Symbolic address”). Curzon Park and Hastings are just two instances of this. However, some places have been renamed after Indianluminaries — Red Road, for example, has become Indira Gandhi Sarani. Yet, it is and forever will be Red Road in the minds of Calcuttans. LikeDelhi, Calcutta, too, boasts of roads, streets and bylanes with names that are as symbolic today as they were in the days of the raj.

Sir — One of the reasons for ayurveda not being able to keep up with the modern world is that the science has not been updated with time. It is thus encouraging that a professor at the Banaras Hindu University has called for the reform of Ayurveda according to modern scientific discoveries (“Call from within to reform ayurveda”, July 11).

Sir — The defending champion, Novak Djokovic, retained his title at the men’s singles at Wimbledon after defeating Nick Kyrgios.This is Djokovic’s seventh Wimbledon title and 21st Grand Slam. Had Rafael Nadal reached the final this time — he bowed out owing to an injury — the result may have been different. It definitely would have been a more evenly-matched tournament. But Djokovicmust be congratulated for the victory.

Sir — Had the authorities at Wimbledon gone the way of those at the AustralianOpen, 2022 would have turned out differently for Novak Djokovic, especially since he bit the dust at Roland Garros. But the grasscourt at the Wimbledon has not disappointed him. He has managed to bag the coveted trophy for a seventh time. In the final, he kept his cool against Nick Kyrgiosand bested the Australian in a four-set duel. If Djokovic is allowed to participate in the US Open, he will have the chance to match Rafael Nadal’s 22 Grand Slam victories.