Advertisement
Home / Opinion / Letters to the editor: Calcutta turns into city of floods

Letters to the editor: Calcutta turns into city of floods

Readers write in from Calcutta and Howrah 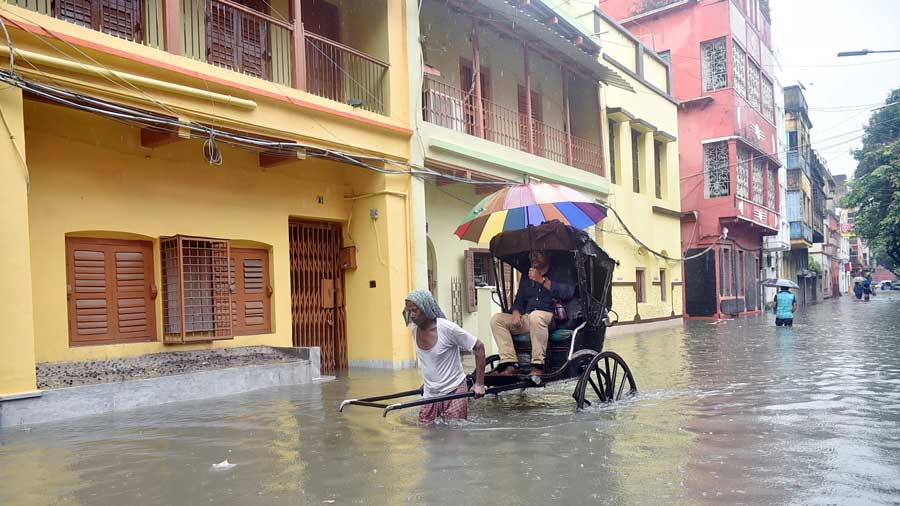 Sir — The city of joy, Calcutta, seems to have turned into the city of floods. During my childhood, it was widely known that some parts of the city, lower than the rest, were prone to water-logging, causing distress to the residents of those areas — Thanthania Kalibari and its adjoining areas, parts of South Calcutta and neighbourhoods near the Hooghly river are some examples. With the gradual increase of population and careless development activities over the years, the list has only grown longer.

Waterlogging is common in other big cities like Mumbai and Hyderabad. One cannot control the rains, but what one can surely do is build infrastructure and ensure proper drainage of water through a robust underground sewerage system. But successive governments and the municipal corporation in Bengal have done little to tackle this problem. The Left Front failed to adequately utilize the Asian Development Bank’s loans for de-siltation and the renovation of the city’s sewers. The incumbent Trinamul Congress government, too, seems indifferent to this issue — it appears to have no concrete policy on this matter. The government is only interested in securing votes; that is why its efforts remain confined to populist tactics like Duare Sarkar, Duare Ration and other such initiatives.

Ultimately, the common people of Calcutta are the victims. Every monsoon, they have to navigate knee-deep water even days after the spells of heavy rain stop. This time, too, when the entire city was half submerged, with no sign of the water receding, many of the state’s lawmakers were busy campaigning for the re-election of the chief minister in the upcoming bypolls. These lawmakers should remember that they are, above all, public servants.

Sir — Bagherghole, on Boral Main Road under the Rajpur-Sonarpur municipality, gets waterlogged for days at a stretch after every shower. Water from the drains mixes with the accumulated rainwater, raising the risk of skin infections in people who have to navigate this area on foot, bicycle or motorcycle.

Daily commuters regularly face harassment since the auto-rickshaw services along the Bagherghole-Garia route is affected. The careless disposal of plastic carry bags and vegetable residues from the local market often end up blocking the drains. Needless to say, these drains are seldom cleaned and solid waste management is as good as absent. This also hampers the livelihoods of shopkeepers and local vendors, who are unable to continue business because of waterlogging. Regular waterlogging also damages the roads. An effective and time-bound intervention from the Rajpur-Sonarpur municipality and the local member of the legislative assembly is the need of the hour.

Sir — Images of waterlogging in Calcutta and the suburbs make us shudder and shake our heads in dismay. The government and the civic authorities, of course, have standard responses — they blame the overwhelming intensity of rainfall.

What often remains in the shadows is that the height of many important roads and highways has been raised considerably over the last two decades, possibly as a mark of ‘development’, without taking into account the fact that the adjoining or feeder roads consequently become relatively low-lying. The accumulated water, therefore, flows out onto the low-level roads. The residential houses and hospitals in such areas — Mukundapur, for instance — suffer as a result. It is our misfortune that we have such short-sighted, thoughtless planners and politicians.

Sir — As if waterlogging itself were not enough trouble, commuters are further harassed by surging taxi fares during monsoon. I had to pay Rs 1,500 for an urgent ride — even after the rains had abated — which would have cost me less than Rs 500 on a normal day.

The mess of overhead electric wires in the city also poses a serious threat to the public during heavy rains. Loose wires and large pools of accumulated water make for a deadly combination. The government needs to plan ahead in order to prevent such problems.

Sir — Waterlogging has become a chronic affair in Calcutta and its suburbs. The Calcutta Municipal Corporation has laid new sewage lines in several areas of the city. But much more remains to be done. This mammoth problem needs to be tackled on a war footing.

Sir — Poaching has been a persistent problem in India, but the Assam government has shown its willingness to grab the proverbial bull by the horns. On World Rhino Day, it destroyed nearly 2,500 horns of one-horned rhinoceros seized from poachers by burning them publicly. The goal was to dispel the myth that rhinoceros horns have miraculous medicinal properties or significant health benefits. While the symbolism of the action is appreciated, more concrete measures are required to curb the menace of poaching, which reportedly doubled during the periods of lockdown.