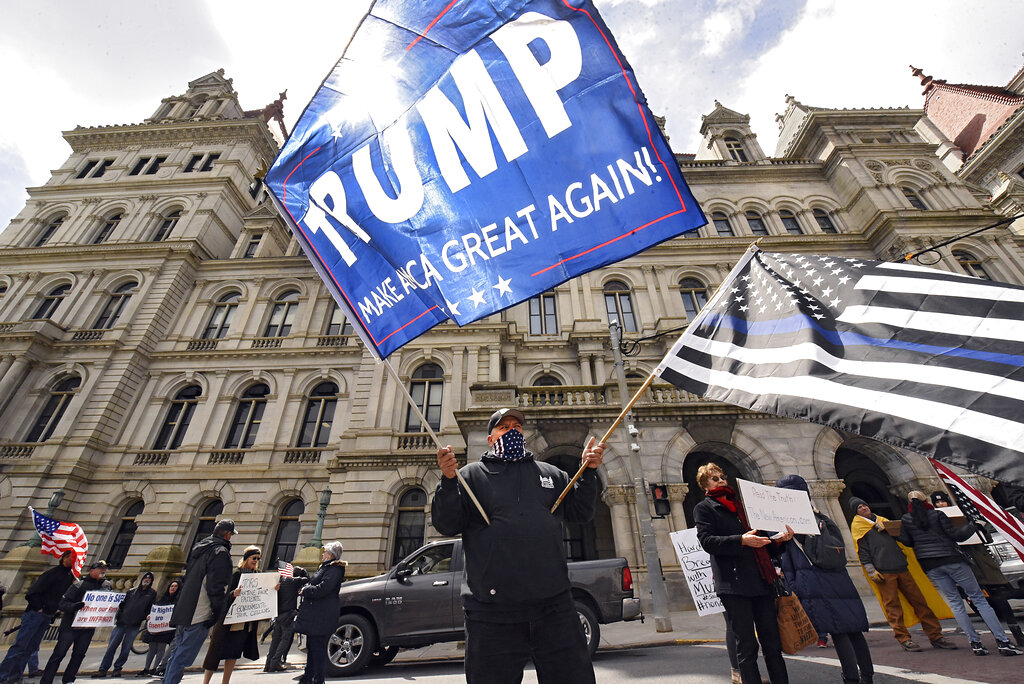 Sir — The United States of America is considered to be one of the most developed and powerful countries in the world. But recently, some people of this “land of the free” have been demanding freedom from the stay-at-home order imposed for their own protection. Many have now taken to the streets to this end. This is absurd. The President, who is encouraging this behaviour, must be checked at once.

Sir — It is shocking that the rapid antibody testing kits procured by India from China last week for the detection of the novel coronavirus are reportedly faulty (“Belated antibody kit caution”, April 22). By manufacturing and supplying shoddy antibody testing kits to other countries, China has worsened its image, attesting to the widespread perception that its goods are of poor quality. The production of substandard medical equipment is completely unacceptable. This raises questions about the standards of quality control and inspection in the nation.

One cannot but hold China responsible for the havoc wreaked by Covid-19 across the world — the country allegedly tried to suppress the news of the outbreak without taking measures to curb its spread. On top of that, there are speculations that China is still concealing from the world the actual mortality rate of the pandemic. Is it not time for the global community to take strict action against Beijing for its continued imprudence?

Sir — The world is waking up to the risks of blindly trusting China. First, it was the inaccuracy and incredibility of the epidemic data released by the government. Now it is the unreliability of the test kits sent by the country. Earlier this month, it was reported that out of the 1.7 lakh kits that India received from China, about 50,000 failed the quality test conducted at the laboratories of the Defence Research & Development Organisation in Gwalior. The health ministries of several countries such as Turkey, Spain, the Czech Republic and Georgia are said to have rejected China’s testing kits on account of defects. A research institute in Spain confirmed an accuracy rate of only 30 per cent in one of the batches of kits it received. That is worse than depending on a coin toss for results.

While some countries are deciding to cancel their contracts, others have returned the kits. India must now encourage domestic manufacturers to develop testing kits. Inaccurate tests giving false positives are more dangerous than the disease itself, as this could lead to wrong treatment and endanger lives.