Advertisement
Home / Opinion / Into the dark: A majoritarian India

Into the dark: A majoritarian India 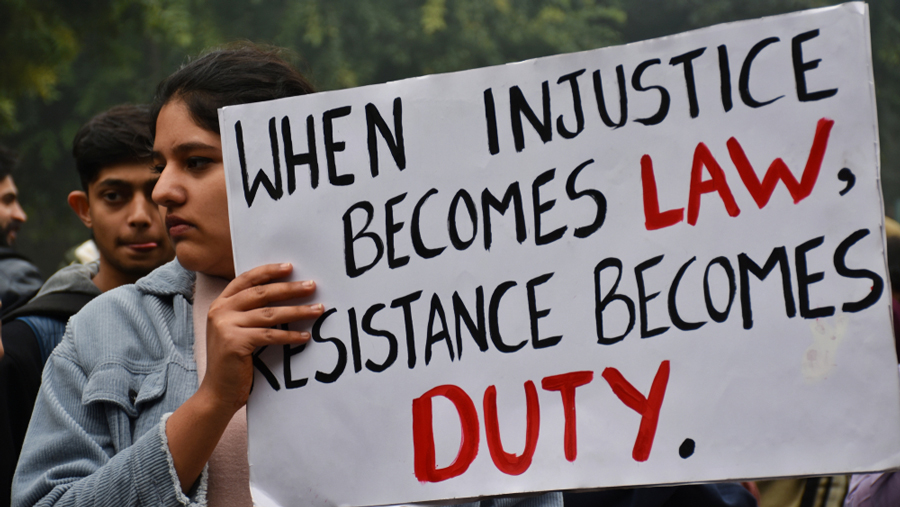 Sir — As India celebrates another year of independence today, it must be asked whether our founding fathers had envisioned the kind of future for the nation’s citizens that the latter are living out now. Not only is India now ruled by an administration that is failing miserably to tackle a pandemic, but it is also witnessing growing majoritarianism and violence against women, Dalits and other minority communities. ‘New India’ is not the country that our freedom fighters had envisioned; is it too late for those of us who value the ideals of our Constitution to turn the tide?

Sir — The report, “How insured patients are left uncovered” (Aug 14), was painful to read. In recent weeks, Covid-19 patients at multiple hospitals in Calcutta have been reported to be running up bills in the range of Rs 15-20 lakh, leaving their families drained of all their resources. The patients’ families have often pointed to the lack of transparency in the billing system and alleged that they were kept in the dark about the escalating cost of treatment. Even various doctors’ bodies have come down heavily on private hospitals for overcharging the patients.

In response to a number of complaints of this nature, the Bengal government sent an advisory to hospitals stating that they cannot demand more than 20 per cent of the estimated cost of treatment or Rs 50,000, whichever is lesser at the time of admission. In spite of the guidelines, this week a patient was asked by a city hospital to deposit for Rs 3,00,000 as an advance payment. Being unable to do so, she died in an ambulance while waiting for treatment. Popular doctors’ bills were reported to have been reduced only after health regulators intervened. These heartless hospital administrations even ask for advance payment from patients covered by cashless insurance, which is in violation of the Insurance Regulatory and Development Authority’s guidelines.

Given the current scenario, in which everyone is stressed out and many are under financial strain, private hospitals must follow the government’s guidelines, including taking consent letters from the family members of a patient in case a costly test is to be repeated. The hospitals should share the details of the bills with the patient’s kin on a daily basis — through WhatsApp, SMS or email — so that the final bill does not come as a shock to them. They should also hold video-conferences with the family, advising them on the course of treatment and the financial implications. There will be several instances of patients and their families approaching hospitals saying that they are unable to pay more than a certain amount. Hospital authorities should consider such proposals on humanitarian grounds and offer concessions in deserving cases.

Sir — It is a matter of great shame that patients afflicted with the coronavirus now also have to worry about going bankrupt in order to get the treatment required to get better. Reports about how hospital administrations are overcharging patients should make us hang our heads in shame; is this the manner in which citizens are to be treated in the middle of an unprecedented crisis such as the Covid-19 pandemic? How are ordinary people supposed to bear the costs of treatment when they are expected to pay out of their own pockets for items such as personal protective gear kits, face masks, gloves and hand sanitizers, none of which are covered by the insurance agencies?

Sir — It is appalling to note the manner in which ordinary people are having to run from pillar to post just to get their loved ones treated for Covid-19. The cost of treatment is proving to be far too much for a vast section of the population at a time when such medical care should be readily accessible to all. While it is true that hospitals are under immense pressure given the rising number of cases, it is their responsibility, and that of the government, to ensure that no patient has to die for the inability to pay.