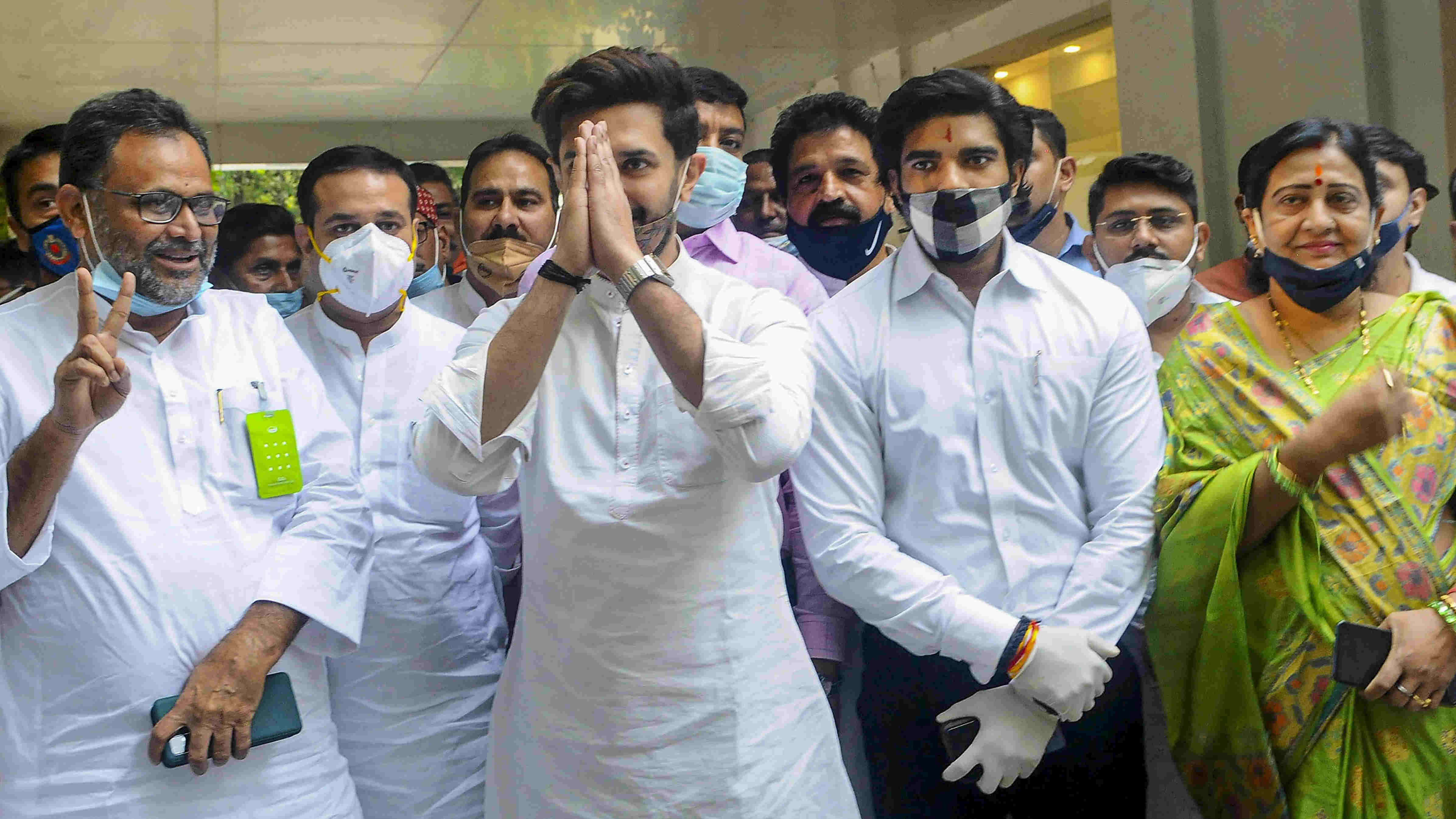 Sir — The political scenario in Bihar has taken an interesting turn with the Lok Janshakti Party under the leadership of Chirag Paswan announcing that it will contest the upcoming assembly polls in Bihar alone, breaking away from its alliance with the Nitish Kumar-led Janata Dal (United) by citing ideological differences (“LJP cities ideological differences with Nitish”, Oct 5). However, the LJP has claimed that it will continue to support the Bharatiya Janata Party at the Centre and pledged to support the latter both before and after the elections. It is clear that this move was directed at the incumbent chief minister and his party. This has now led to a sense of uncertainty about the way the upcoming polls might turn out.

In recent months, the LJP has rightly criticized the state government for its inadequate handling of the Covid-19-induced crisis faced by Bihari migrant workers who were stuck in far-off places after the lockdown was imposed and had no means of returning home. As the migrant workers return to the state, there is now an urgent need to formulate policy measures that will create greater opportunities for employment within Bihar. The BJP, which is in power in the state along with the JD(U), should devise a poll manifesto that will prioritize the economic needs of the people.

Sir — It seems that the BJP is indulging in yet another kind of underhand politics. This time they have uprooted an ally of the Nitish Kumar-government in Bihar even though they share power with the JD(U) in the state. The upcoming assembly elections might see a massive change in Bihar politics. The National Democratic Alliance has come to a near-equal seat-sharing formula between the BJP and the JD(U). The JD(U) chief has perhaps realized that he has no other choice but to acquiesce to the wishes of the BJP.

Bihar has long been a critical state in the Hindi heartland and has a fairly large number of seats in the Lok Sabha. The BJP, has been trying to capture sole power in the state and ousting JD(U) would pave the way towards that goal. There is no doubt that BJP will milk these cracks to the fullest.

Sir — The decision of the LJP to contest the polls separately from the JD(U) does not come as a surprise. The LJP has been sniping at the Nitish Kumar-government for a while on a variety of issues. Had the LJP exited from the NDA altogether, like the Shiromani Akali Dal, then it would have been a matter of concern. The Paswans have played a critical card and Kumar, seeking a fourth consecutive term, will be facing anti-incumbency sentiments to a great extent. This new political equation would surely perplex voters. Without a doubt, it is going to be an intense election. Hopefully the parties will keep the interests of the people in mind and not seek votes along divisive lines.

Sir — Unlike other terms, this year, the assembly elections in Bihar will be fought without the presence of its bahubalis. The Rashtriya Janata Dal founder, Lalu Prasad, the erstwhile LJP chief, Ram Vilas Paswan, as well as the veteran politician, Sharad Yadav, have been absent from the centre stage.

However, the real battle is not between the NDA and the Mahagathbandhan, but between the BJP and the JD(U). The BJP had an ace up its sleeve — Chirag Paswan — which it played quite craftily. The final aim of the saffron party is to capture the post of the chief minister in Bihar which cannot be achieved as long as it is forced to play second fiddle to the JD(U). Now, with an almost equal seat-share and the LJP declaring that it would field candidates only against the JD(U), the atmosphere in Bihar is heating up. In the 2015 elections, the LJP contested in 42 seats but won only two. However, most tend to forget that the LJP candidates were runner-ups in 36 seats. The party undoubtedly has a significant presence and might just end up determining the fate of Bihar in the near future.

Sir — All eyes are on Bihar as the state gears up for the assembly polls amidst dramatic happenings within the NDA. Whether the LJP will benefit from its decision to sever ties with the JD(U) or not remains to be seen. But the restructuring of power in Bihar will certainly have long-term implications for all parties involved.

Sir — It was great that a gated community has been set up in France for people with Alzheimer’s disease. It has a grocery shop, a hair salon and so on and is attempting to provide a sense of autonomy to its inhabitants. While the program is partly subsidized now, it is still expensive at nearly 24,000 euros a year. As the world population grows older — one in six will be over 65 years of age by 2050 — governments must take steps to make life comfortable for the elderly — Alzheimer’s is not the only affliction to affect them. Otherwise many would be forced to spend their last days in pain or without dignity.