Readers' Speak: Calcutta artisans constructing one of the tallest statues of a reclining Buddha 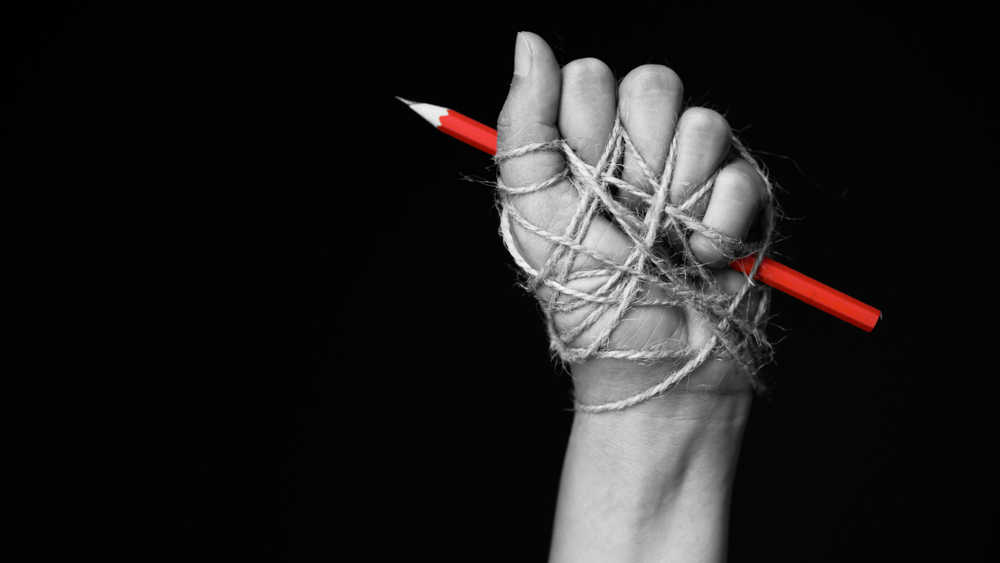 Sir — The Editors Guild of India, as well as citizens, has rightly condemned the filing of first information reports against senior editors and journalists for reporting on the tractor parade undertaken by protesting farmers and the ensuing violence in Delhi on Republic Day, calling it an attempt to “intimidate, harass and stifle” the media (“Eerie silence”, Feb 1). The Guild has demanded that such FIRs be withdrawn immediately and the media be allowed to report freely, without fear.

It has been claimed that the journalists have been specifically targeted for reporting about the death of a protester on their personal social media handles as well as on those of the publications they lead and represent. The intimidating tactics used by the police in Uttar Pradesh and Madhya Pradesh must be strongly criticized. Besides the Congress member of parliament, Shashi Tharoor, six journalists have been booked by Noida police for sedition, among other charges. The FIR was lodged following a complaint by a resident who alleged that ‘digital broadcast’ and ‘social media posts’ by these people were responsible for the violence during the rally.

Sir — The FIRs lodged in Noida and Bhopal against six senior journalists and the Congress MP, Shashi Tharoor, accusing them of several offences ranging from sedition to harming national integrity and promoting communal disharmony smacks of intimidation rather than any real concern for the rule of law. Along with police personnel, journalists were also at the front lines of the chaotic tractor rally on Republic Day. At the time, some accounts of a protester’s death did the rounds claiming that he died of a bullet injury. But when the Delhi police released the video of his tractor overturning, those like the journalist, Rajdeep Sardesai, promptly switched to the official version.

As the Editors Guild of India has emphasized, it is common in journalism for fresh information to contradict earlier accounts, especially when there is action on multiple fronts. To construe these accounts as malicious, with the intent to destroy communal harmony and incite violence, is like shooting the messenger. The fact that the police in two states lodged similar FIRs prodded by private complainants highlights how accusing journalists of sedition is becoming a fairly common tack. A few weeks ago, three journalists in Manipur became victims of a similar chain of events. It is ironical that the provision of sedition, which used to be invoked by the British against Indian nationalists, accusing them of traitorous behaviour, is now being invoked against the country’s own citizens.

Repurposing sedition against journalists negates the founding tenets of the Indian democracy, recognizing the rights of news media to report without fear or favour. The press has stood tall alongside the other organs of the Indian State in discharging its duties. Private complainants are entitled to their opinion. But the police is expected to understand the critical role of the free press in protecting democratic institutions. These cases may therefore be immediately withdrawn. The Supreme Court, too, must take note of how its guidelines on narrowing the application of the sedition law have fallen on deaf ears.

Sir — It is shocking how biased governments and the police can be when it comes to the freedom of the press. While officials go out of their way to defend certain journalists who openly support the ruling dispensation, the freedom of some others is encroached upon by using any possible excuse. The press is the fourth pillar of democracy, and must be allowed to function freely.

Sir — Artisans of Calcutta are constructing one of the tallest statues of a reclining Buddha in India to be transported to Gaya, the birthplace of the spiritual leader. Almost every year, hundreds of tourists visit Gaya to pay their respects to the Buddha. This project is good news for the artisans of Bengal whose livelihood had suffered last year owing to the pandemic. It is also expected to boost tourism in Bihar. Yet, one cannot help but wonder if the amount of money allocated for this project could not be used to build educational institutions or hospitals given the trying times we are living in.