Reader's Speak: The road ahead for Mamata Banerjee; dead bodies float down the Ganga in Bihar 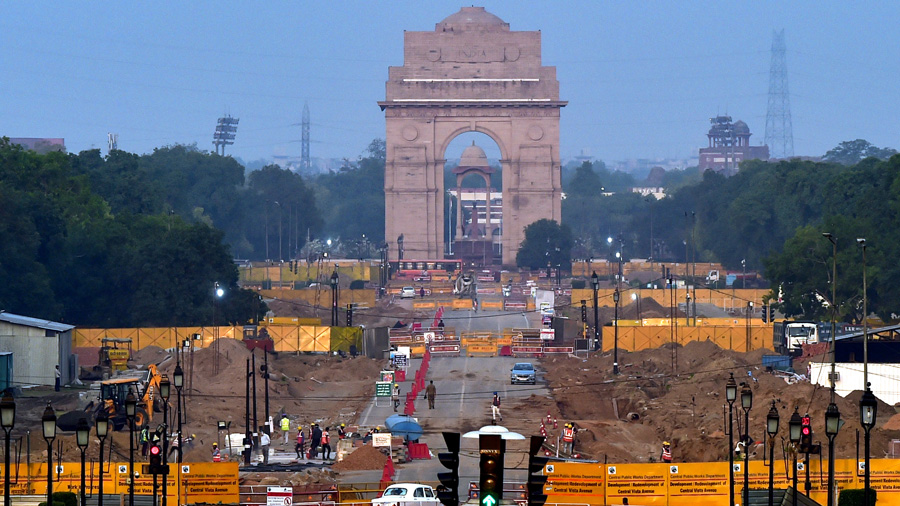 Sir — While appreciating Mukul Kesavan’s article, “Rajpath” (May 9), it struck me that the area also boasts of many defence colonies such as Princes’ Park, Sangli mess, Jodhpur mess and so on. Notable amongst these is an air force establishment called CV mess that I remember going to many times with my father when he attended official events. It is a beautiful, rambling one-storey white building, surrounded by lush, well-maintained gardens. Even back in the 1970s, there was talk that the government of the day had its eye on it. The day has finally come when the CV mess has fallen prey to the Central Vista mess.

Sir — Subir Bhaumik, in his article, “The road ahead for Mamata” (May 10), has listed a number of tasks for the West Bengal chief minister to accomplish if she wants to turn Bengal into a model state. Whether the Trinamul Congress is a strong, ideologically-driven party or not may invite fierce debate in the present situation, but one can hardly ignore the fact that West Bengal is now in a debt trap. Its public debt is close to Rs 5 lakh crore — more than twice the sum it had inherited from the Left Front government. Bengal is taking loans to pay off loans and interests. How will development take place in such a situation?

Mamata Banerjee’s electoral success is connected to the various social schemes launched by her party. She had promised newer schemes before the elections as well. Minimizing public debt will be a stiff challenge for her. To overcome this difficulty she must pay attention to the area of non-developmental expenditure. Here the state is in dire need of following a prudent fiscal path. Another worrying thing for Banerjee is the existing nexus between criminals and the authorities — be it bureaucrats or ministers. It is a fact that some members of the TMC have been minting money through malpractices. The damage already runs deep. Yet Banerjee chooses to turn a blind eye to the matter. She should deal with corrupt political leaders firmly. She should bear in mind that without investments, Bengal’s dream of being a model state cannot be fulfilled.

Sir — Visuals of bloated bodies of suspected Covid-19 victims floating in the Ganga and being washed ashore on its banks in Buxar and Ghazipur attest to the enormity of the Covid-19 calamity. The disposal of bodies by dumping them into a river means the denial of a decent cremation or burial, which is taken for granted in ordinary situations. It has invalidated the notion of dignity in death. The imagery of a pestilence of a primitive kind is evoked when partially burnt, bloated bodies are left to be eaten by carrion birds and stray dogs. Merely saying that dignity and pride run deep in our country means nothing.

The exorbitant cost of cremation is said to be the reason behind those who cannot afford such rituals throwing the bodies of their close ones into the river. What we have here is a crisis that runs deep and in many directions. Hospitals are running out of medical oxygen; crematoriums are running out of firewood; cemeteries are running out of space. The fear of catching the virus from those who succumbed to it, too, is cited as a reason for giving the deceased a ‘water burial’ to ensure quick disposal. No effort is made to find out where the victims lost their lives. It can be nobody’s argument that the official death count has not left out abandoned and unidentified bodies.

The bloated bodies floating in the Ganga cannot be looked at in isolation from the real-life situation of the country’s impoverished people. The government should identify and tackle the root causes and improve the quality of life of the general population. Blaming the victims — those who have no option but to immerse the bodies in the river — amidst a pandemic where people are already losing close ones does not help anyone’s cause. It does not bring about the radical changes in the political and social order that are needed to set things right. These must be introduced on a war footing once the second wave of Covid-19 has been dealt with.

Sir — Be it the generation of excess medical waste or the throwing of dead bodies into the river by desperate relatives, no aspect of nature is being spared by the pandemic. But little attention is being paid to it — understandably, perhaps — given the massive loss of lives. This will only perpetuate a vicious cycle of more such dire events in the future.

Sir — China has introduced an anti-food wastage law, making it illegal to order more food than is necessary at restaurants and banning ‘mukbang’, a type of audiovisual broadcast where people share videos of binge-eating. While it is true that a law regulating how much people can eat is autocratic, food wastage is a serious problem. An estimated 1.3 billion tonnes of food is wasted globally each year: one-third of all food produced for human consumption, according to the Food and Agriculture Organization. This is horrifying, especially at a time when thousands are going hungry owing to the pandemic.