Lessons from the London bus system

Calcutta is famously technophobic and techno-challenging, but would do well to clean up its nasty traffic 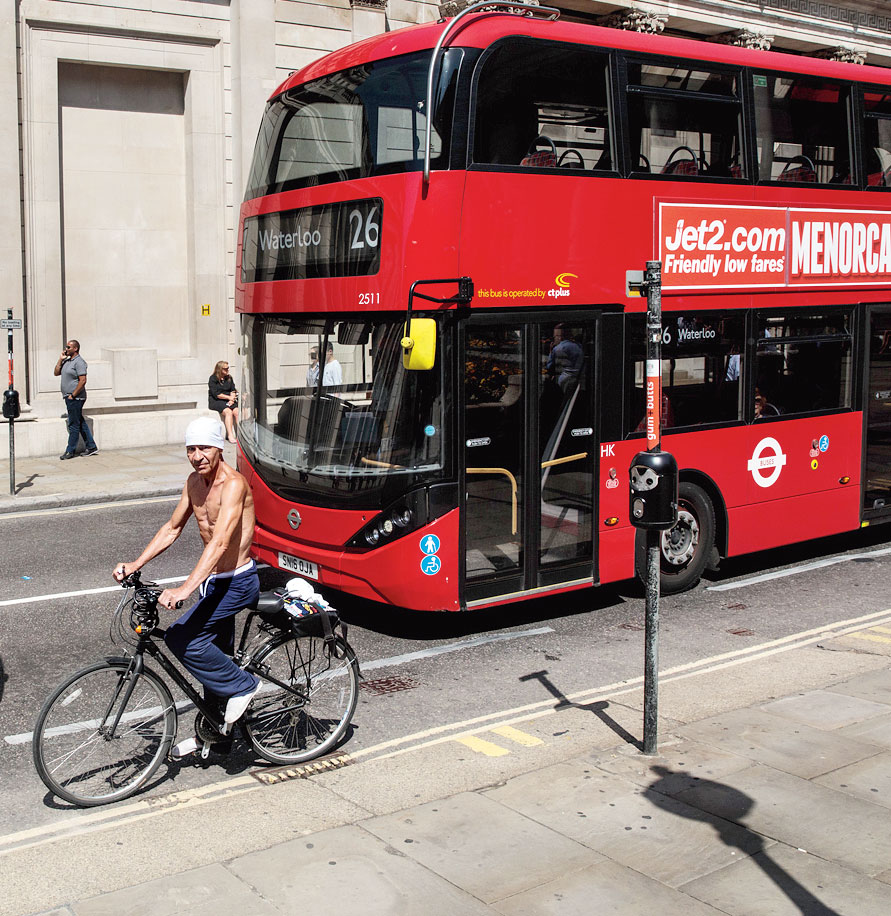 I’ve always loved the bus system in London, but as time passes I’ve begun to value it more and more. If you’re not one of those people who need to topple out of bed and into office at a certain early time every day (and then have the whole commute done in reverse, out of office, straight into the tube/metro with a quick stop at the supermarket to pick up food before getting home), then the buses of London are proof that god exists or, at least, that deities reside within the women and men who plan and run the bus transport of this huge city. London’s buses are not fancy but they are clean. Despite the jokes to the contrary, save for some unusual traffic clogging, they more or less come regularly and are on time. They are not cheap by Indian standards but they are much the cheapest form of public transport in a super-expensive town; they are free for children and teenagers till the age of 18, and then free again for everyone over 60; they are also free for the many people with various kinds of disability.

Things have changed with the London buses and, sometimes, those changes have been annoying initially: the vehicles have been made more ecologically friendly but this means they are much lighter and they fling you about a bit, whereas the old buses, including the famous Routemasters, were far more stable. You can’t buy a ticket at the last second and get on to a bus (conductors disappeared a long time ago), you have to have an electronic travel card called the Oyster card which you have to preload on the internet, in a shop, or at an Underground station; of late, you can pay by touching a contactless debit or credit card to the same scanner next to the driver that reads Oyster cards. Coming back to the money aspect, the great advantage of this electronic ticketing is that the city’s mayor, Sadiq Khan, has been able to introduce a scheme by which you can pay just one fare and take two bus rides within the space of one hour; after you pay for three bus rides in a day, all subsequent bus journeys are free for that day. Basically, if you’re not pushed for time where you have to squeeze closer your departure and arrival, you can travel all over this vast metropolis for £4.50 daily.

The other thing that’s become part of life is that the bus lanes are strictly monitored and adhered to. No matter how thick the traffic, you never find a non-bus vehicle impinging on the bus lane if a bus is within sight. The only legal exception to this is for bicycles that are allowed to use the bus lanes, and it’s now a common sight for buses to be carefully trundling along behind a cyclist as he or she pedals uphill or even on a flat stretch.

The recently expired spectacularly hot summer tested all of London’s transport modes but even then, the buses managed to keep some sort of balance. There is a strict limit to how many people you can take on in a bus before it is deemed unsafe and bus drivers (who, unsurprisingly, value their jobs in this shaky Brexit market) usually never exceed the capacity limit except in some emergency such as when that van and knife terror attack took place one evening last year. The other thing is different private companies run different routes which obviously overlap in sections. However, there are strict traffic rules and unwritten codes that bus drivers follow, and there is simply no question of these large, powerful vehicles indulging in any dangerous overtaking of each other or any speed-driven brinkmanship. The routes have been clearly allocated, with proper analysis of usage, and from the civility of driving one would imagine that each bus company gets enough passengers to return a satisfactory profit.

What got me thinking about the London buses was an email I recently received from Transport from London, the city’s transport authority that brings all the diverse branches of London’s public transport under one unified authority. The email went out to every customer who has a registered Oyster card and it basically said the following: ‘We at TfL have been examining the different bus routes that pass through the centre of London and we feel they need to be re-jigged. Having looked at the number of people using the various routes we think some of the routes need to be shortened and some bus stops removed in order to make the bus routes and general vehicular traffic more efficient. Below we have a list of each bus route change under consideration and you can click on the link that is relevant to you, check the proposed changes and send us your comments. We look forward to your input, thank you.’

Reading this, I suddenly had a memory of a conversation from earlier this year with the driver of a Calcutta yellow taxi. The driver was a middle-aged man with a tongue that tended towards pithy and candid causticity and, therefore, somewhat of a kindred soul. We had agreed that this snarl of toxic-fumed traffic in which we were trapped needed some urgent solutions, some radical will on the part of the authorities. Reduce the number of private cars on the roads by making it more expensive to drive into central Calcutta — he agreed. Force an immediate changeover to the grotesquely overdue CNG conversion for all freight and public transport vehicles — yes, correct. Create space for pedestrians to walk in the city and to cross roads safely — yes. But after all our agreeing, he had one thing to say to me: “Dada, you can do all this but what is first needed is that the number of buses and minibuses in the city has to be reduced and regularized. Do you know there are about 90 buses plying and vying for customers on each route? Ota theek na korley kissu hobey na (Unless you correct that, nothing will change)!”

Since I haven’t done the research, I don’t know how accurate his analysis was, but the perception of a man who has been plying his trade in the grind of the city’s daily transport was telling.

It may not be possible to institute an Oyster-card-type system in our famously technophobic, techno-challenging city. It may not be possible to send emails to millions of bus users to canvass their views on route changes. But it should be possible for any political dispensation in charge of Calcutta to do the following — create bus lanes and enforce them strictly; install speed limiters on all public and freight vehicles that want to ply inside the city and enforce speed limits, again with some war-footing type, bribe-proof vigour; enforce strict overtaking laws for buses and heavy vehicles; figure out and overcome the glitches and obstacles to shifting to CNG without fear or favour towards any section of the fuel cartels; create safe walking and crossing zones for pedestrians who make up the majority of our population; once the air is cleaner and more breathable, encourage people, especially younger citizens of all classes, to discover the joys and benefits of bicycling.

As is now clear after seven years post regime-change, it’s not that easy to turn Calcutta into London or Singapore, and given that we have our own character nor is it desirable; however, it should be possible to steal bits from the successful experiments of other cities and put them to use for the greater good of Calcutta’s beleaguered citizens. Cleaning up the nasty, polluting, dangerous mess of our traffic would be a huge start.