The pursuit of knowledge has become a political act 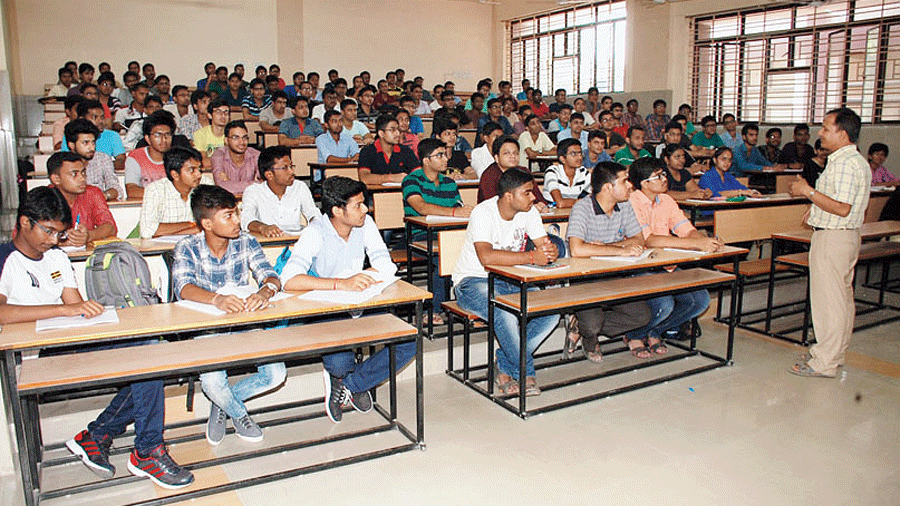 The uproar over fast-tracking a Covid-19 vaccine exposes a deepening malaise in India’s knowledge order. Less momentous examples have become endemic to our scholarship and research. We are growing conditioned to the idea that knowledge can be pursued only in ways, and to the extent, ordained by people whose priorities lie elsewhere. Sooner rather than later, this leads to a situation where what we pursue is no longer knowledge. If we decline to accept this outcome, we consign ourselves to an oppositional role even in neutral and factual matters.

In other words, the pursuit of knowledge becomes, however unintendedly and deplorably, a political act. Upholding a universally accepted scientific procedure proves, in the circumstance, an expression of dissent. Such a conflict between commitment to knowledge and commitment to authority demoralizes and corrupts the learned community. Still more crucially, it harms the nation.

Four centuries ago, Galileo was convicted for asserting that the earth moves around the sun. Something quite so extreme seems improbable in today’s India, though one might be lauded for saying the sun moves around the earth. On the vaccine issue, in fact, vehement opposition from scientists forced an official rollback. Social scientists and commentators are not so lucky. Their officially unpopular submissions, however valid and urgent, are readily branded anti-social and anti-national, especially if they lead to activism by themselves or others. They are forced into an oppositional role: where the establishment is unthinking and uncaring, to think or care becomes an act of dissent.

A number of senior intellectuals and bright young students are in jail, charged with crimes against the nation. Some of them have publicly espoused non-violence, pledged their loyalty to the nation, or practised activism through legal process. Of course that need not preclude a hidden criminal agenda, on evidence beyond public access. The problem is, our national discourse is marked by a double slippage of logic —

ii. Dissent necessarily leads to crime. A dissenter can be implicated in any crime going.

iii. Therefore dissent is itself a crime.

And in a converse rider —

iv. No dissent, no crime. If you back the approved wisdom of the day, you cannot be charged with crime, no matter what you do.

Let wiser heads and braver hearts weigh the impact of these maxims on the administration of justice. There is no less impact on the knowledge order and the life of the mind.

From a lifetime in academia, I know too well how brilliant and learned minds can be morally deficient. Yet we cannot dismiss a moral dimension to thought and knowledge. Knowledge implies a full, impartial understanding; thought implies logic, hence balance and fairness, not to say justice and equity. It is hard to argue that a mindless society would be a better society; all too easy to set up such a society willy-nilly, without bothering with arguments.

A democracy grants every citizen both the right and the obligation to know and to think.

This broader public engagement is needed to moderate the formal exercise of power by the political class, the administration and the judiciary — the three constitutional ‘pillars’. By themselves, these agents cannot cover the workings of our vastly complex polity. They might be in conflict or, worse, in an unholy alliance. Hence civil society must play an imperative role.

‘Civil society’ does not mean only the urban intelligentsia. It centrally includes the masses with their deep, wordless wisdom, but that is more a shared legacy of sufferance than an activating force. That great new democratic weapon of the articulate classes, the social media, is notoriously hijacked by the cyber-brigades of authoritarian regimes. This lays a special onus on the so-called learned professions, especially on academics and researchers, people absolved (in whole or part) of other practical activity so that they can read, observe and advise. Here lies our cause for concern. To avoid fading into the wilderness, too many knowledge centres are turning into prisons of the mind.

Twenty years ago, I chaired a UGC committee on curriculum reform. Our report began by saying that universities across India should not follow a single cloned programme of studies, but freely devise their own within certain broad parameters. A more recent exercise has imposed a uniform curriculum, with severely limited scope for diversity. We are also about to adopt a regimen where all research in the country, at national and state level, will be ‘carefully coordinated’ by a single central foundation. More and more institutions are floating rules restraining their members from free expression. At the venerable IITs, they include a piquant phrase: their faculty must not ‘embarrass’ the institute’s relations with the government. The apparent exemption of purely scientific publications is illusory as, bizarrely, papers citing the author’s institutional designation (when do they not?) still need clearance.

It has been curiously claimed that these fiats will preserve the campus as an ‘apolitical space’. That happy state is surely best guaranteed by allowing every opinion a voice? I hold no brief for disruptive student politics, of which I have had my bellyful. But the misdirected energies of youth hold constructive potential, which it is the teacher’s job to cultivate. The first requirement to that end is that the writ of practising politicians, including (or especially) those in power, should not run on campus. But an academic administration pledged to an authoritarian state imposes a non-negotiable political regime on the entire institution.

Such self-abjection is not only professionally demeaning; it is intellectually obstructive. The human mind cannot range freely in certain directions if constricted in others. No centre of advanced learning can fulfil its duty to the nation under such curbs. It is mistaken to think they only affect unruly ideologues in some notorious centres of the humanities (which yet remain India’s best universities by the government’s own assessment). Science and technology are much more vitally affected, as the vaccine episode shows. Should our leading scientists endorse harmful plans and policies? Should they tailor project reports to the dictates of people who, by definition, know less and have other agenda to pursue? Should they rewrite their findings with every change of rule? Once launched on that slippery slope, a day might come when scientists are indeed victimized for their efforts to protect the public.

The present government’s distrust of cerebration extends beyond opinion to facts. Especially with economic data but also in other fields, reports are commonly delayed, revised or suppressed, to the consternation of experts and loss of India’s global reputation for statistics: all because the government feels ‘embarrassed’ by the data. Are academic bodies not to protest against such practices, nor researchers to publish findings challenging suspect data? Scientists have expressed fears that the vaccine controversy might destroy India’s international standing in the field. If that happens, reputed centres abroad will no longer seek Indian partners, as they are now doing with Covid-19 research.

The club of ‘world class’ universities we would join consider themselves their nation’s think-tanks. That is their unquestioned function, no less than to impart learning. What the faculty thinks is freely available to the public and acknowledged by the State. (Recent deviations, as in Donald Trump’s America, are deplored.) There is an alternative authoritarian model exemplified by China. After 200 years forging our own path, it is unthinkable to change to that alien system. It would take a separate essay to explain its deep flaws — or indeed its virtues which alone we should belatedly emulate, like ample state investment in basic schooling and health for all.

I have not known any government in India that proactively furthered the cause of education, especially higher education and independent research. But till some ten years ago, there was no great objection to the idea. If there could be a miraculous advance without much cost or official effort — that is to say, by academics taking their own initiative — one felt it would not be unwelcome. Today, at Union or state level, an independently productive intellectual order might be deemed an ‘embarrassment’ or, possibly, a threat. We can indulge in delusions of grandeur by throwing money at a handful of institutions, or encouraging favoured corporate investment in another handful. Within and outside those portals, too many recalcitrant people still want to read, think and inquire. Let us avail of their labours to benefit the nation.