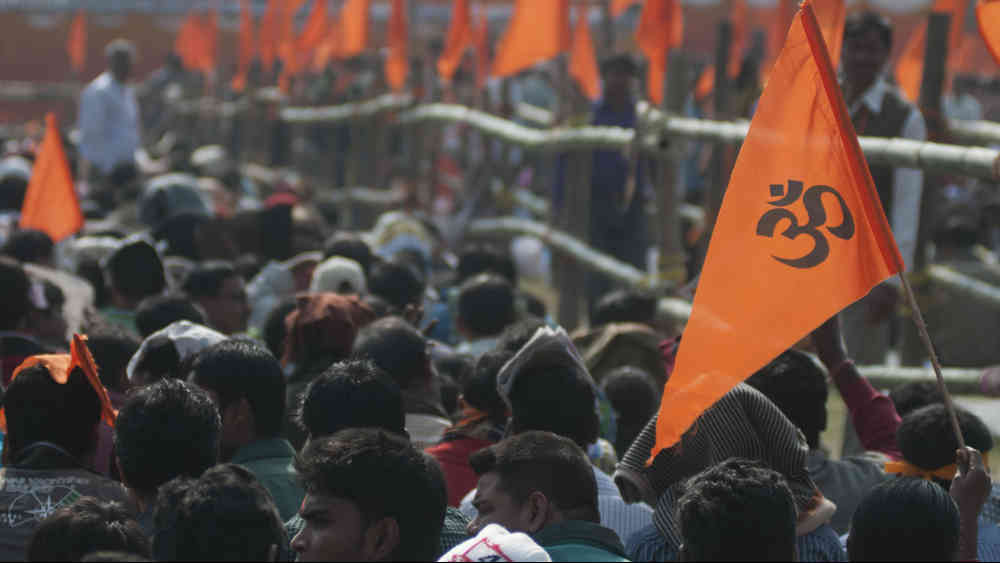 The findings of the survey conducted by the Pew Research Center on religion and associated public sentiments in India are undoubtedly illuminating. The inferences cannot be dismissed easily because data for Religion in India: Tolerance and Segregation was collated after interviewing almost 30,000 respondents in 17 languages between 2019 and 2020. It can be argued that the survey mirrors prevailing public sentiments and, by that reasoning, the study brings tidings that are both good and bad. On the bright side, the majority of Indians continue to believe that respect for all religions remains integral to national identity. Hearteningly, each of the six major faiths also has reasons to believe that India permits unhindered practice of all faiths. But there are troubling associations concerning the compact of religion and State. For instance, 64 per cent of Hindus believe that their faith and 59 per cent think that the language, Hindi, are the primary markers of nationhood. A significant numerical segment among them, unsurprisingly, support the Bharatiya Janata Party whose views on pluralism and language are alleged to be discordant with constitutional guarantees. The survey will bring more cheer to the party. A large number of Indians, it found, endorse political intervention in matters of faith; very few among them are interested in harnessing social relationships that cut across religious lines; interfaith marriages remain an anathema to Indian society.

These sentiments offer a context for some of the seminal transitions that have been taking place in New India. Violence and discriminations against minorities, the emergence of legislations encouraging institutional witch-hunts against interfaith unions, the inception of a shrill nationalism that feeds the rising bigotry, among other worrying trends, can only be understood after examining the growing public support for these initiatives, most of which form the core of the ideological agenda of India’s ruling party. The survey also reveals the peculiarities of the secular project as a result of which conservatism, even dogma, can coexist with a refreshing tolerance for pluralism. Yet, as is evident from the survey, the future of this spirit of accommodation does not seem assured given the enthusiasm — from the State and its subjects — for a seemingly sectarian model. The potential erosion of India’s secularism that is unique would be a signal of the capitulation of modernity to the demands of orthodoxy.