Advertisement
Home / Opinion / Sulphur in the air: 1984 is not forgotten 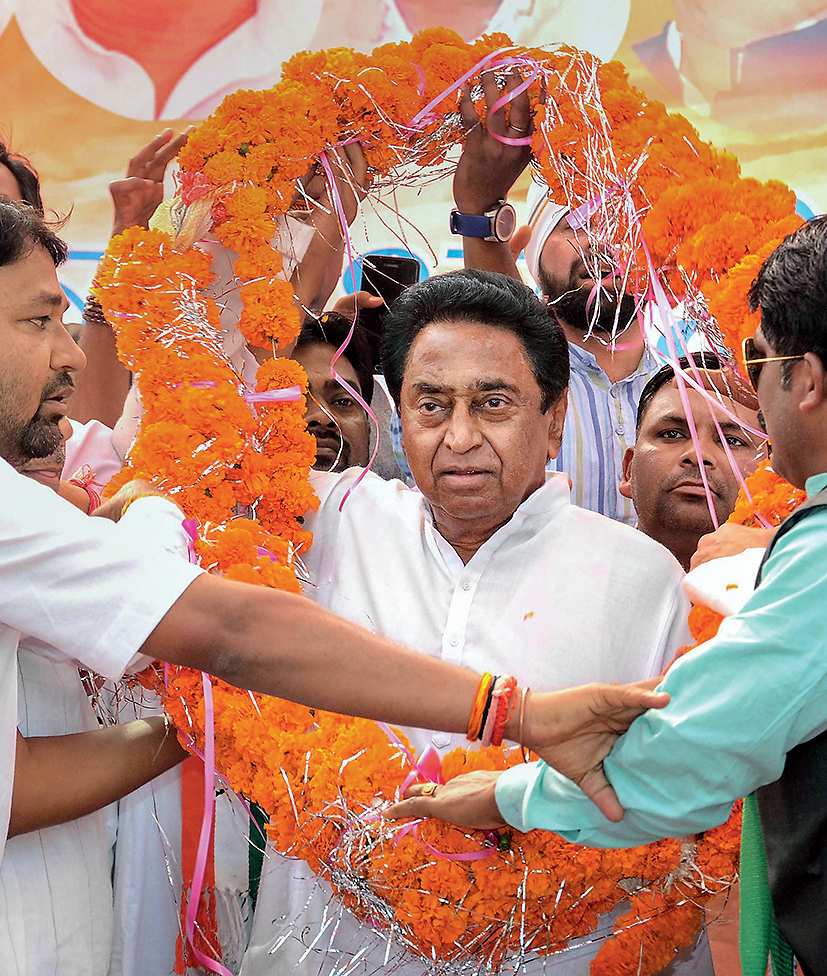 Kamal Nath’s appointment as the chief minister of Madhya Pradesh is widely seen as an instance of realpolitik. It isn’t that. There are moments in the life of a country that are sacred. Not because they represent goodness but because they embody evil. The pogrom of 1984 when thousands of Sikhs were murdered with the complicity of the ruling party, the Congress, is such a moment. 1984 is our compass, our degree zero, our never-again. It is a sacred moment because its vileness isn’t negotiable. As citizens it helps us find political North because when a person or a party fudges the starkness of its evil, we know that we are in the presence of insidiousness. We can smell sulphur in the air. Kamal Nath’s elevation is worse than hard-nosed cynicism: it is a bid to normalise the nadir of our history as a republic.

Kamal Nath was accused of leading a mob outside the Rakabganj gurdwara during the pogrom. Two Sikhs burned to death in his vicinity. His presence at the gurdwara was testified to formally by the police and a journalist. H.S. Phoolka and Manoj Mitta in their book on the pogrom point out that his presence for two hours at the head of a mob near the gurdwara was never satisfactorily explained. The closest Kamal Nath came to an explanation was to say that he was there at the behest of Rajiv Gandhi. He denied complicity in the violence and the Nanavati Commission set up two decades later to enquire into the pogrom gave him the benefit of the doubt. “In [the] absence of better evidence it is not possible for the Commission to say that he had in any manner instigated the mob or that he was involved in the attack on the Gurdwara.”

None of the high-profile Congressmen accused of abetting mob violence during the pogrom was convicted: despite allegations, H.K.L. Bhagat, Sajjan Kumar and Jagdish Tytler survived probes and investigations for want of clinching evidence, the sort of evidence that seldom survives the State’s complicity in organised killing. Bhagat, Kumar and Tytler, however, had their political careers cut short because of their association with 1984. Kamal Nath prospered.

He was an intimate of Sanjay Gandhi, a part of the gang of young courtiers who defined the craven political culture of Mrs Gandhi’s durbar in her last years. From Sanjay Gandhi’s thuggish orbit to 1984, Kamal Nath is both a survivor and a representative of a dark time that the Congress tried to put behind it. The appointment of Manmohan Singh as prime minister twenty years later was seen as a landmark in this process of unspoken contrition. Then, in 2005, Singh addressed the matter directly (or as directly as a Congressman could) when, during a parliamentary discussion on the Nanavati Commission report, he responded to Opposition demands for an apology by saying this: “I have no hesitation in apologising to the Sikh community. I apologise not only to the Sikh community, but to the whole Indian nation because what took place in 1984 is the negation of the concept of nationhood enshrined in our Constitution. On behalf of our government, on behalf of the entire people of this country I bow my head in shame that such a thing took place.”

The absence of a mea culpa for the role of his party didn’t go unnoticed at the time but the symbolism of Singh’s elevation allowed people to give Sonia Gandhi’s Congress the benefit of the doubt. Thirteen years later, it’s clear that Sonia Gandhi’s son and heir doesn’t share Singh’s sense of shame and contrition about that hideous pogrom and his party’s role in it. If he did, he wouldn’t have chosen Kamal Nath to represent the Congress’s political revival.

Rahul Gandhi was fourteen years old when his grandmother was assassinated and thousands of Sikhs killed in retaliation. He might have been too young to take in the enormity of that massacre. That doesn’t absolve him: as the president of the Congress, he represents the party’s institutional memory. Everything that the party has done to put daylight between itself and that dark night of its political soul can now be reasonably seen as cynical tokenism. Since the Congress used Singh as its shield, perhaps he owes the national audience that was moved by his public contrition a postscript: what does he think of Kamal Nath’s coronation? That sense of shame that he channelled on behalf of his government... where has his party parked it now?

The contemptible thing about the high command’s choice is that it takes advantage of the generous, robust-to-the-point-of-heroic resilience of Sikhs in forging past those that did them evil. Thirty four years after the pogrom, it is almost possible — if you didn’t have a husband or a father killed — to persuade yourself that it was a kind of dream, so seamlessly have Sikhs reclaimed the cities that turned on them. So like the modern faux penitent, the party thinks it’s time to move on.

Chief Minister Kamal Nath is living, breathing proof of the peace the Congress made with 1984. There will be plausible people-like-us with their hearts-in-the-right-place who will try to explain his elevation away. The factionalism in Madhya Pradesh, they’ll murmur in extenuation. Or speak of the need to empower a man who gets things done in the run-up to the general election of 2019. It isn’t, they’ll suggest, a time to be fastidious about an unlucky detour in ’84. Besides, nothing was ever proved; commission after commission found no hard evidence of his involvement. And so they’ll go on, half shamefaced, because even they can hear themselves echoing the sangh’s defence of its monsters. The Congress thinks it’s safe to forgive itself.

It isn’t safe because 1984 isn’t forgotten. The same day that Kamal Nath was appointed chief minister, the novelist, Amitav Ghosh, was chosen for the Jnanpith award. Ghosh’s greatest essay is, arguably, “The Ghosts of Mrs Gandhi”, his near-documentary account of both the horror of 1984 and the rousing solidarity summoned into being against it. A generation of (once) young people was politically formed by their experience of that pogrom, that glimpse of the abyss. That cohort is still with us and its members will not be easily explained away as dead-enders stuck in an irrelevant yesterday.

Kamal Nath isn’t a means to the BJP’s end. To accept the alibi of the lesser evil is to embrace a selective amnesia about the horrors of our past. Once we edit our memories for the sake of an urgent present, we’re lost because the truest sentence ever written about modern politics is still Kundera’s: “The struggle of man against power is the struggle of memory against forgetting.”

Blood on its hand