A game of chance 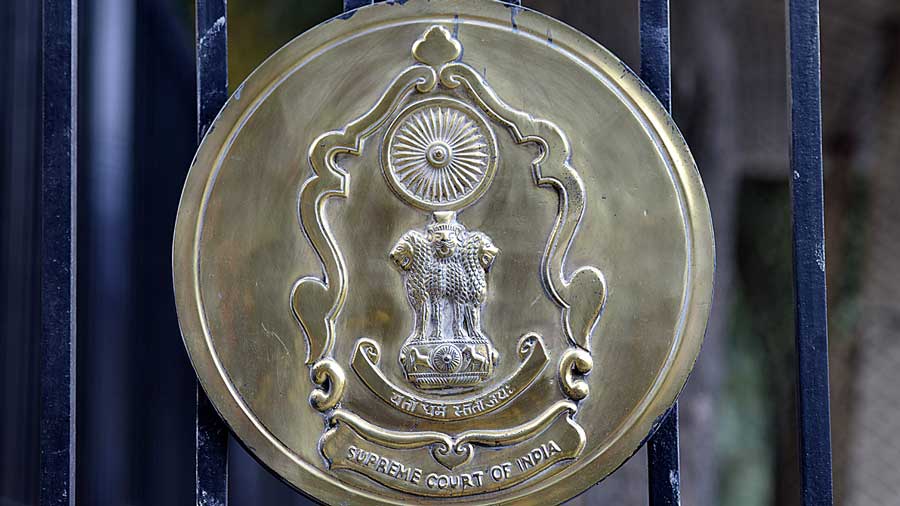 Inscribed in the logo of the Supreme Court of India are the words, yato dharmastato jaya — where there is dharma, there is victory. This is an exhortation by the Supreme Court, both to the occupants of its high office and those who appear before them, to uphold dharma in every aspect of their functioning. By this measure, the Chief Justice of India is Dharmaraja, the moral conscience of the nation. Like Dharmaraja Yudhishthira, successive Chief Justices of India have tried sincerely to do justice to this title. And like him, they have demonstrated one major weakness — their love for playing dice.

Sometimes they roll the dice in a way that a judge from Meghalaya who was supposed to be sent to Madras gets sent to Madhya Pradesh (Justice A.K. Mittal); at other times, a judge from Gujarat is sent to Rajasthan via Bombay and Tripura (Justice Akil Kureshi). The dice is rolled across the length and breadth of the country — a judge, originally from Tamil Nadu and moved laterally to Punjab & Haryana, suddenly gets elevated to the Supreme Court (Justice P. Sathasivam), whereas a judge from Assam, first sent to Bombay, is then sent to Telangana (Justice U. Bhuyan). Like Yudhishthira, who with each roll of the dice lost his family members, his land and his dignity, with every unreasoned transfer of a judge or a chief justice from one high court to another, the judiciary loses a sliver of trust, confidence and belief of the people of India.

The latest dice to be rolled is the decision to transfer Justice Sanjib Banerjee, the chief justice of the Madras High Court, to the Meghalaya High Court. In January 2021, Justice Sanjib Banerjee (then of the Calcutta High Court) was appointed as the chief justice of the Madras High Court. On the administrative side, he adroitly steered the court, one of the largest in the country with a sanctioned strength of 75 judges, through the pandemic. On the judicial side, his tenure, by all accounts, has been equally impressive. He has passed bold orders laying down the law of the land, especially to governments that have appeared before him.

Despite this record, or perhaps because of it, Justice Banerjee finds himself en route to Shillong, to lead a high court with a sanctioned strength of four judges. Without any disrespect to Meghalaya, a high court that is constitutionally as significant as Madras, or to the fact that Justice Banerjee may ultimately consent to his transfer, this still appears like a vote of no-confidence in his ability to run a major high court. If a chief justice is found unable to manage a large high court, the litigant public deserves to know why. And if the reason isn’t reflective of the abilities of the chief justice, then he himself deserves to be spared the implicit tarnishing of his reputation caused by it.

Reason-giving is not only good practice, it is also required by precedent. In October 2017, faced with intense scrutiny over the resignation of Justice Jayant Patel, occasioned by his sudden transfer from the Karnataka High Court to Allahabad, the Chief Justice of India and the collegium of senior justices that he led resolved that for all its decisions to appoint and transfer judges “reasons shall be put on the website of the Supreme Court... because on each occasion the material which is considered by the Collegium is different.” For a few years, this rule was scrupulously adhered to. But from sometime in 2019, resolutions began to provide fewer and fewer reasons until, ultimately, the reasons all but disappeared.

The October 2017 resolution is still in force as no resolution withdrawing it has been published. By not publishing reasons for Justice Banerjee’s transfer, the collegium has not adhered to its own precedent. If the office of the Chief Justice of India does not follow its own resolution when it comes to appointments and transfers in the judiciary, it is hardly surprising that less exalted citizens do not follow the law when it doesn’t suit them.

There is a long-held view within the judiciary that lawyers and litigants should trust judges on administrative decisions to appoint and transfer, and not ask too many questions. That is certainly how the judicial system once operated. But too much water has flown under the bridge to continue to treat this as an article of faith. At the time of the Emergency, the judiciary saw a mass transfer of judges who were in the cross hairs of the government. Later, the collegium authorized plenty of seemingly punitive transfers with unpopular chief justices being sent to smaller courts, while at other times courageous judges were inexplicably sent packing. During this time, the Supreme Court and high courts became people’s courts, batting for the citizen in the high echelons of power. Today, the courts are simply too powerful and have too much history to expect immunity from questioning.

Especially in this instance, the facts are so peculiar that questions are inevitable. The collegium had ostensibly resolved to transfer Chief Justice Banerjee on September 16. On that day, it passed two resolutions transferring 5 other chief justices and 17 other judges to various courts, but neither resolution mentioned Justice Banerjee. Instead, it was on November 9 that a resolution pertaining to him (dating back to September 16) was publicly communicated. Had the Supreme Court simply forgotten about Justice Banerjee’s resolution while publishing the other resolutions? Did he do something between the two dates which led to his transfer? Or had the resolution slipped in under the collegium’s breath, just like the words, ‘iti gaja’, mumbled by Yudhishthira after the elephant, Ashwatthama, was killed to neutralize Dronacharya? Dharma requires truth, but as the Mahabharata teaches us, sometimes it’s reduced to sophistry.

Arghya Sengupta and Aditya Prasanna Bhattacharya are Research Director and Research Fellow, respectively, at the Vidhi Centre for Legal Policy. Views are personal.