With 2024 approaching, Bihar CM looks to regain lost ground if he is to remain relevant in caste-ridden politics 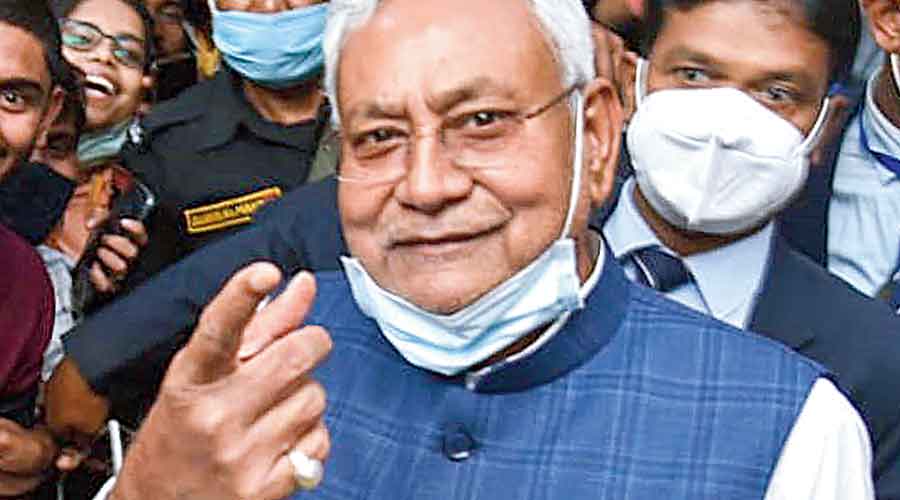 Keeping Big Brother on tenterhooks is fun. The Bihar chief minister and Janata Dal (United) leader, Nitish Kumar, seems to be doing that. He is an accomplished player, even if a couple of his moves do go wrong. Ditching the Rashtriya Janata Dal and the Congress in 2017 to join the National Democratic Alliance, for instance, did not turn out to be a canny step, since the Bharatiya Janata Party neatly boxed him in by foisting on the government loyalists to the central leadership. But with 2024 approaching, Mr Kumar must regain lost ground if he is to remain relevant. The drumming up of the Gyanvapi and Shahi Idgah issues promises to make religious polarisation central to the Lok Sabha elections. But if religion is one electoral theme in India, caste is the other. So Mr Kumar is pushing the need for a caste census in agreement with the Opposition RJD. It looks logical, since social justice was the basis of the politics of both the JD(U) and the RJD. Meanwhile, the BJP has refused to conduct a nationwide caste census, although Mr Kumar and Tejashwi Yadav jointly requested this of the prime minister. Mr Kumar  is now preparing for a caste census in Bihar, which, he says, is a social, and not political, matter.

A caste census would clarify the exact numbers of the different castes and also reveal the still disadvantaged segments at the bottom of the ladder. Regional social justice parties would gain from it while appearing as the champions of their constituencies against the BJP’s reluctance. The BJP, which does have Dalit followers, remains an upper-caste party in identity. Its appeal lies in its anti-minority stance. A focus on caste and a revelation of actual figures may rock its boat: the BJP cannot afford to lose upper-caste support, neither can it risk defeat in Bihar with the OBCs and the largest minority community getting together. Regional parties, invigorated by the caste census, would be another electoral headache later. But refusing to go along with the caste census in Bihar would emphasize the BJP’s upper-caste status, and there is Mr Kumar’s support for its presidential candidate to consider. Then again, given Mr Kumar’s disinterest in credibility, it is not clear how far he will go, and in which direction.