Advertisement
Home / Opinion / 'Just an astronomer — not an astrologer'

'Just an astronomer — not an astrologer' 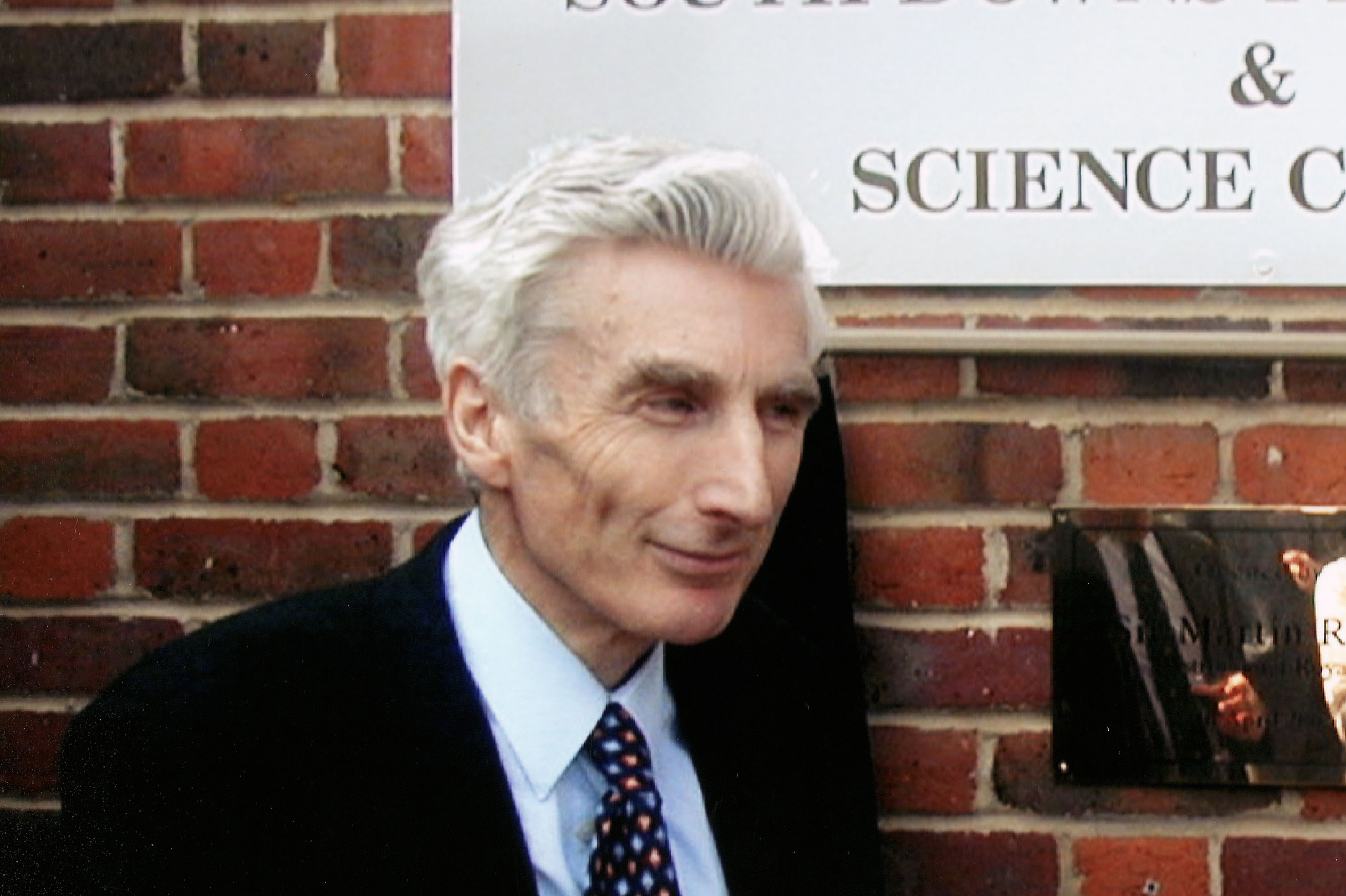 Astronomer Martin Rees is currently working on a book on the limits of science and what we still don’t know
Photo by South Downs Planetarium
Amit Roy   |     |   Published 26.01.19, 06:54 AM

One of my favourite scientists in the United Kingdom is Martin Rees. While most people are busy making predictions for 2019, Martin has been writing about what might happen many years from now in his latest book, On The Future: Prospects for Humanity. Professor Lord Rees, 76, who is well known to scientists in India, has been Master of Trinity College, Cambridge, President of the Royal Society and Astronomer Royal.

In his latest book, he writes beautifully about ‘Earthrise’, the iconic photograph of our planet taken in 1968 by the Apollo 8 astronaut, Bill Anders; how advances in biotechnology, cybertechnology, robotics and artificial intelligence could help overcome the threats humanity faces, from climate change to nuclear bombs, but why there is no Plan B; and of the “post-human era” of those who redesign themselves as they set off to explore the solar system and beyond.

There is an entertaining start to the book about a well-known Indian tycoon who wanted to know if Martin read the Queen her horoscopes. “I responded, with a straight face: ‘If she wanted one, I’m the person she’d ask.’ … But then I came clean. I said I was just an astronomer — not an astrologer. He abruptly lost all interest in my predictions.” I enjoy catching up periodically with Martin because he can talk about the future of mankind in a simple and eloquent way. “If you come to Cambridge later in the year, I will hope to have my next book on ‘the limits of science and what we still don’t know’ to talk to you about.”

What to keep and what to throw away is still the dilemma as my determined New Year clear-up of old newspaper clippings continues. But how can I possibly discard Satyajit Ray’s obituary notices in The Daily Telegraph (“the grandmaster of Indian cinema”); Nigel Andrews in The Financial Times (“Indian cinema’s greatest ambassador to the west”): and David Shipman in The Times (“one of the greatest film-makers of the century”)?

Derek Malcolm, who championed Ray’s cause in the West, wrote in The Guardian: “Certainly, there is no one to replace the maker of the Apu Trilogy, The Music Room, Charulata and Days and Nights in the Forest — masterpieces of world cinema that transcended national boundaries and minds everywhere.”

I am also keeping Ian Jack’s piece in The Observer from November 29, 1987, on Nirad Chaudhuri when “The World’s Last Englishman” turned 90 and was described as: “One of the most pungent and diverting intellects ever to have emerged from the British Empire.”

I am also keeping The Sunday Times cover story from May 7, 1995 to go with the interview by Vicki Woods, depicting Imran Khan offering namaz, “Allah’s Batsman: The conversion of Imran Khan”.

I have to admit I reached back into the wastepaper basket and rescued the memorial services of so many colleagues and friends whose funerals I have attended.

Most influential of them all

The winner of the BBC’s “most influential figure of the 20th century” will be announced by public voting on February 5.

Mohandas Karamchand Gandhi, listed among “activists” along with Martin Luther King and Emmeline Pankhurst, is the candidate who ought to win if one follows the very sensible analysis of his biographer, Ramachandra Guha: “Gandhi was a universal figure. (Charles) de Gaulle was a French figure. (Winston) Churchill was an English figure. (Thomas) Jefferson is an American figure. But Gandhi belongs to that rare category of thinkers and actors — possibly Mandela may be another — whose work can resonate in countries very far from their own. And indeed it does.”

Since the voters are almost exclusively British, it will be a surprise if Churchill — he and Margaret Thatcher are in the category, “Leaders” — doesn’t come out on top.

There are many Indians who insist the Queen or the British prime minister should offer a formal apology to India for the Jallianwala Bagh massacre whose 100th anniversary falls on April 13, 2019. Maybe I am in a minority of one but I am not entirely convinced that it makes moral sense to foist the sins of the past on the current blameless generation which is on the whole critical of the imperial past. But it is worth drawing attention to possibly the most telling book on Brig-General Reginald Dyer that I have found on the subject — The Butcher of Amritsar by Nigel Collett.

“As an Englishman, I cannot help but feel sorrow and shame at what he did, and sadness at the huge gap that he created between ourselves and India,” Collett, himself a former British army officer who served in many of the places that Dyer did, told me when his book was published in 2005. I looked up Hansard and to his credit, Winston Churchill, who was secretary of state for war, told the Commons about “the slaughter of nearly 400 persons... at the Jallian Wallah Bagh... That is an episode which appears to me to be without precedent or parallel in the modern history of the British Empire... It is an extraordinary event, a monstrous event, an event which stands in singular and sinister isolation.”

Talking of discovering old friends, I also found and started to (re)read the best journalistic autobiography ever written — James Cameron’s Point of Departure. India irritated him, he once wrote, and he realized just how much on his 28th trip.

And the year-end prizes go to...

Chess players of story and film