Its name is red

The cocktail Bloody Mary is celebrating 100 years, although a contending history suggests it may have another centenary coming 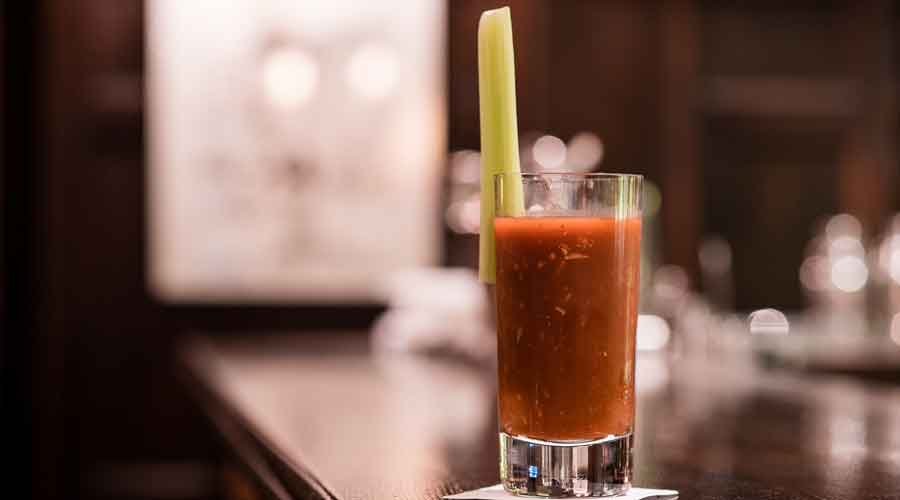 Waking up woozily to the promise of a Bloody Mary at a Christmas breakfast or brunch is a pleasure that has apparently just completed a hundred years. Or so claims Paris’s Harry’s Bar, which is celebrating the centenary of the cocktail that the bartender, Fernand Petiot, mixed one cold morning at the beginning of the 1920s. Now, was it Ernest Hemingway, a patron of Harry’s, who accidentally named it by mumbling ‘b….y Mary’ while quaffing the drink that disguised the smell of alcohol at his request by brilliantly mixing vodka with tomato juice? This Mary was presumably the girl Hemingway was dating at the time and did not want to meet — kiss? — with stinky breath. No doubt he was paying her a compliment if the cocktail reminded him of her. Or it may have been Petiot himself who named it, in celebration of a girl he liked, who danced at a place in Chicago called Bucket of Blood.

Origins of the name of the iconic drink are many and mysterious, like the origins of epic poems. But whether it lies in the blood-soaked death of Mary, Queen of Scots or in the aggression of Mary Tudor, the name adds to the tang of the cocktail that Harry’s makes in its thousands every year. Like the truly great, its beginnings remain shrouded in competing histories as does its name. Harry’s Bar, originally in New York, was dismantled and put together in Paris in 1911. But Petiot became a bartender at New York’s St Regis Hotel in 1934, and St Regis lore claims that the marvellous drink as it is known today was mixed there for the first time. With no canned tomatoes in 1921, Paris’s drink could not have been close to its sleek new version. As suits a deathless drink, the Bloody Mary clearly has another centenary coming.

The tomato-red concoction, its bar and its creator covered many miles between them. No wonder it leaves a swashbuckling impression on the tongue, just as the name of the cocktail, Screwdriver, conjures up visions of machinery and precision. The story goes that a group of American engineers working on a Turkish oilfield laced their orange juice with vodka and stirred the mix with their screwdrivers. At the other end of the spectrum is gin and tonic which, while snobbishly ignoring the insalubrious associations of William Hogarth’s print, Gin Lane, had medicinal origins, and those, too, in India. British soldiers keeping order in the colony had to be given quinine with tonic water for malaria, which they touched up with gin. Created in desperation, it endures as a favourite drink — minus the quinine, of course. It is a pity the creators of these and other popular cocktails go unsung, for the best of them demand the mythology bequeathed by elements such as Petiot’s art and Hemingway’s obscure compliment. Or how would the magic burst upon the tongue?