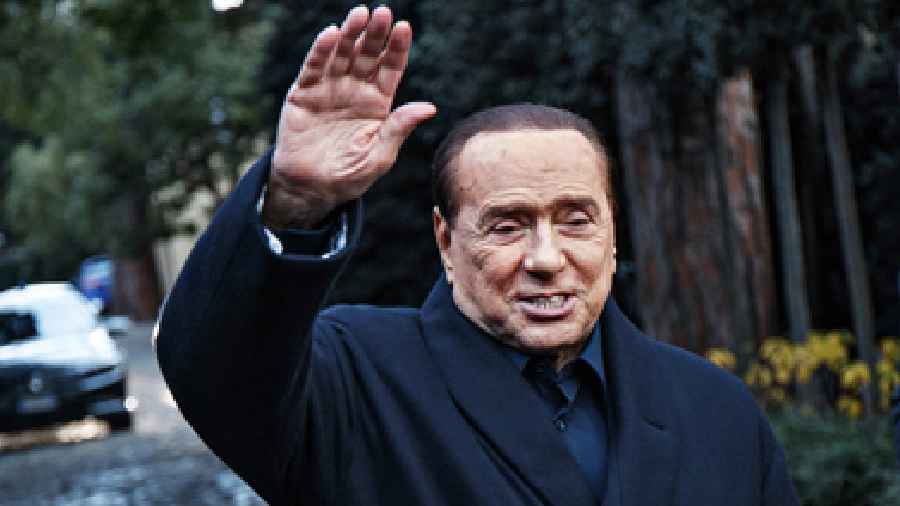 Fewer episodes from the colourful political career of the former prime minister of Italy, Silvio Berlusconi, better illustrate the contradictions in Italy’s political relationship with Europe than his likening of a German European member of Parliament to a “concentration camp guard”. When accused of corruption, Berlusconi inflamed the situation as a stunt, risking deteriorated relations between Italy and Germany as a diversionary tactic.

A media baron, one of Italy’s richest men, Berlusconi, who made his mark via charisma, courted controversy consistently. When he faced his apparent nemesis in the form of Beppe Grillo, a comedian whose populism surged in popularity as the Five Star Movement championed direct democracy as an antidote to corruption, Berlusconi likened Grillo to a potential dictator.

Berlusconi’s image as a conservative politician protecting Italy from the dangers of communism became tarnished by the shocking allegations of inappropriate conduct towards women. Patriarchal politics, associated with Berlusconi’s legacy as a ‘father figure’, became associated with the exploitation of vulnerable women. After years of court cases, Berlusconi was sentenced to jail; the sentence was commuted to one year of either house arrest or unpaid social work.

Erik Gandini’s film, Videocracy, has exposed the crass sexism of Italian popular culture, where pornographic reality television shows reinforce a dysfunctional cult of personality with echoes of Benito Mussolini’s fascist Italy. Gandini is himself a Swede of Italian heritage. Interestingly, his film reflected or refracted northern European, including German, prejudices, shaping stereotypes of Italian men as aggressive and predatory towards the women they objectify.

The Northern League represents this chauvinism of northern Italians, hostile to the corruption of southern Italy where politics is associated with the capture of the State by mafia bosses and political strongmen. North Italians identify more with Germany than with Italy’s South. The patronage politics of mafia bosses, northern Italians allege, is responsible for the relative impoverishment and underdevelopment of southern Italy. Northern Italians seeking to demarcate an alternative articulation of identity have flocked to the right-wing regionalism of Matteo Salvini or Umberto Bossi.

North and South Italy are separated by a distinct economic history.  Southern Italy, including Sicily, has a heritage shaped by Normans, Vikings, and the Catholic descendants of North African Muslims. North Italy, including alpine Italy, is distinguished by a cultural heritage shaped by Austrian, German and Swiss influences. Chauvinists from northern Italy, a region home to such cosmopolitan and bustling commercial entrepôts as Milan, Venice, Verona, Padua and Genoa, disparage southern Italians as peasants, unable even to speak proper Italian. Incidentally, Sonia Gandhi, whose reputation for dignified, moral probity and compassionate welfare politics made her an electable Indian politician, hails from Veneto, a northern Italian region once part of the historical Republic of Venice.

As an antidote to the right-wing, regional chauvinism of the Lega Nord, the welfare populism of the Five Star Movement, and Berlusconi’s crony capitalism, Italy’s prime minister, Mario Draghi, an academic economist and erstwhile president of the European Central Bank, represents the moral authority of an erudite technocrat. Given the embedded nature of political chauvinism and sexism in Italy’s political culture, can Mario Draghi succeed in aligning Italy with the liberal morality and sovereign order that the EU symbolizes?