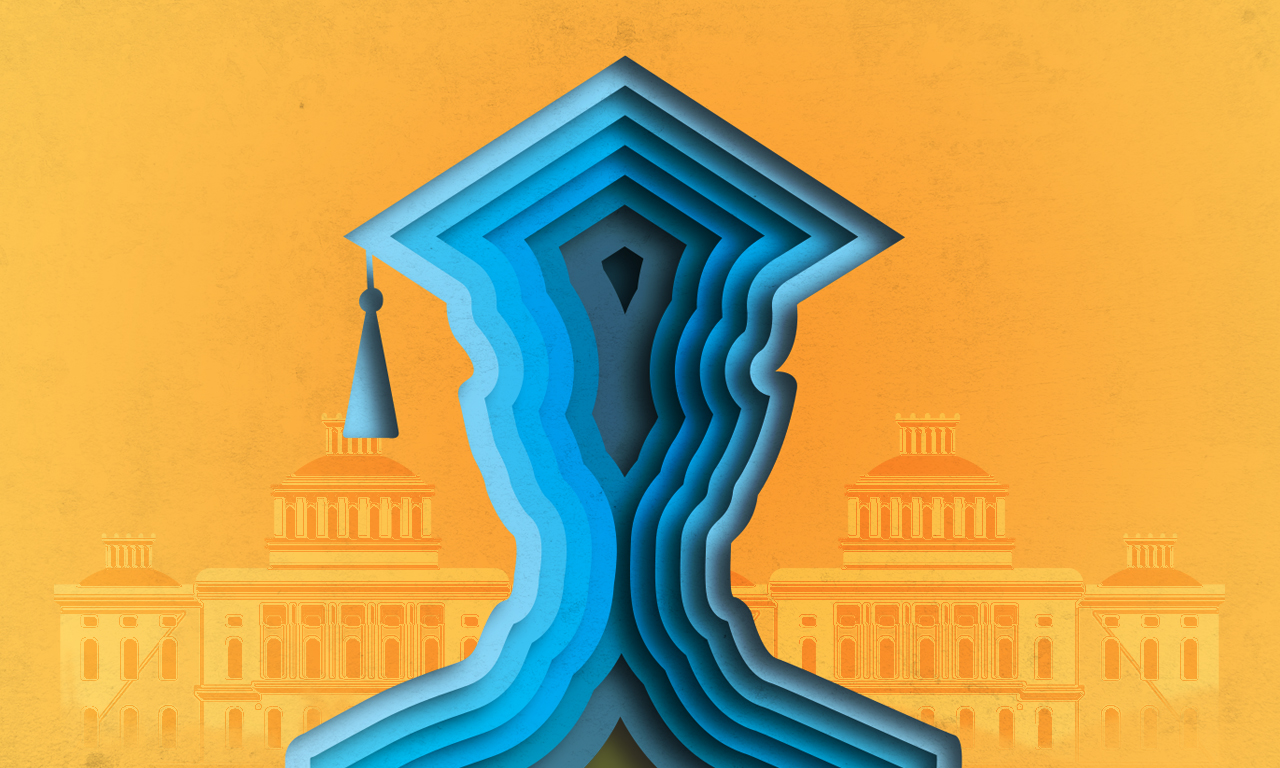 Diksha Bijlani is a former Legislative Assistant to Member of Parliament (LAMP) Fellow, a graduate in Applied Psychology from Gargi College, Delhi University, and a student of Masters in Public Policy at Harvard Kennedy School.

The liberal Left is a great place to be, but if the false vacuum it exists in is not averted, more than anything it will lead to loneliness. When the rallies break, the seminars end, and we come back home to face the same parents who still invalidate our identity and choices, we will experience a piercing loneliness that no Left liberal fraternity can fill up. All this while, we have stood up for the cause we believe in – ragingly and dedicatedly – with no trickle-down effect on our own folks.

Ad hominem never won any revolutions. The true objective of an educational space is engagement. After years of being in a conservative school in a small-town of Uttar Pradesh, when I finally moved to Delhi for college in a liberal space, I was guilty of expecting to be surrounded by like-minded women who believed the same notions of equality that I did. It took work to undo the liberal expectation, took work to nonchalantly rationalise with conservatives without ostracising them. I am now at Harvard University, which is an even more liberal space. The challenge all along will be to not let the vacuum of my liberal campus blind me to all the silent dissenters I need to engage with. The challenge will be to not let my difficult history with conservatism in school affect how I approach conservatives now. This is the direction the Left liberal student protest needs to take.

The most difficult fights are those that require engaging without causing disrespect, the most challenging slogans are those that get an instantaneous retort from the other side. These are the fights that happen at our homes, in our friend circles, at our Feminist theory classes. This is where the Liberal Left needs to leverage the power of community; no one on their side should feel lonely while having this discourse.

A queer pride parade is my favourite thing in the world. I love the sight of unrestricted love, the sound of insulated freedom— in public. The first time I attended a pride rally, after being closeted for five years, I expected to experience the power of self-expression. But as the march progressed, I felt anxiety weigh me down. Every moment of declaring to strangers that I was queer while being closeted back home reminded me of the invincible homophobia in my parents, of every relative that would view me no differently even if Section 377 went away. I tried to tell myself “It is not about them”. Me, at that moment, expressing my own queerness was not about them. Me, being legally valid when Section 377 goes away, was not about them. And yet, the false vacuum of the pride rally was not enough to insulate me from thoughts of every single conservative I could not dissociate with, who I had to go back to face on my own. The pride rally offered me no space, no assistance, to face them. I was supposed to shout slogans for my freedom, and go back home to the closet.

This is how I learned about the echo chamber of the Liberal Left. And the political environment in Indian universities has been the biggest victim to this culture.

I went to a liberal all-women college of Delhi University, where it was taken for granted that every single student will believe in gender equality, will not discriminate based on religion, will support queer relationships. If there were any antagonists at all, we assumed they existed outside the campus. The ideological force of the Left liberals was so overpowering that anyone with a differing stance did not dare express countering views for fear of ostracism. This is not to say there were no conservative students (you only had to overhear muffled conversations in an empty canteen), but each of those students ‘othered’ the liberals.

These silent dissenters avoided attending events organised by liberals, rolled eyes at their gender equality seminars, and blended in with quiet passivity. The result: Our Left liberals were complicit in ‘breeding’ of silent antagonists who were quiet here, but would ‘come out’ once they inhabited a space that echoed their ideas. This is how a liberal college ‘bred’ conservatives without even knowing it. This is how liberals shared three years with conservative classmates without making any effort to really engage with them.

What is this echo chamber?

In the focus on mobilising against a certain political outlook, the liberals have unknowingly created silos in their own spaces. The result: we see liberals and conservatives existing in the same space, but separated by an invisible wall of passivity where they both know they are right. While the Indian Right may be using violence to make its stance heard, the Liberal Left is working to make colleges an echo chamber instead of spaces for discourse. There is no space for 'discussion' in student protest rallies of the Liberal Left; the slogans on everybody's minds are the same, freedom of expression is limited to compliance with the agenda of the rally, and altogether, this echo chamber marches ahead on the high horse of self-confidence where they know they are not only right but also righteous.

One thing you should know: Conservatism feeds on isolation – the fewer people with liberal views they know personally the better. This feeds its approach of dehumanisation, that treats liberals not as humans but as some woke extra-celestial inhabitants that deviated from the normal course of evolution. Alienation makes discrimination easier.

Space for dialogue between ideological opponents narrows at JNU

Quiet engagement with silent dissenters is as loud as a protest rally.

This is not to say that there should be equivocation about rights per se. Gender equality should exist, freedom of sexual orientation is unequivocally necessary, and secularism is vital, no questions asked. But fighting oppressors goes beyond the self-assured belief in the righteousness of our stance; it requires engagement.

As important as it is to rage on our campus spaces, it is equally important to hold quiet lectures that teach our freshers about how to rationalise with the Right. A two-sided gender equality seminar is more realistic than a uni-directional one. A tutorial in transforming beliefs will be as important as a call to revolution. Isn’t bipartisanship the biggest revolution? Isn’t harmony that comes after discord our biggest victory?

More than liberal colleges, what India needs right now is colleges that encourage discussion on these presumably incongruent stances, with full realisation that everyone on the campus is entitled to their viewpoint. It needs students that aim to nurture respect for dissenting opinions, that aim for a nonchalant co-existence of the right and the left. The assumption of liberalism will not do, the guilt associated with conservatism will not do. The only solution is a respectful discourse with a promise of inclusion, one that does not dehumanise the left or the right.

It is equally important to recognize that no liberal owes engagement to their oppressors. Engagement is emotional labour that we are not obligated to, especially when it comes with triggers. But when it comes to diagnosing where the liberal-conservative divide is deepening, it is necessary to introspect how much we are communicating with and how much we are communicating at, the other side.