For the Sunderbans, bilateral dialogue over cross-border migration is better than communally-exclusive policies 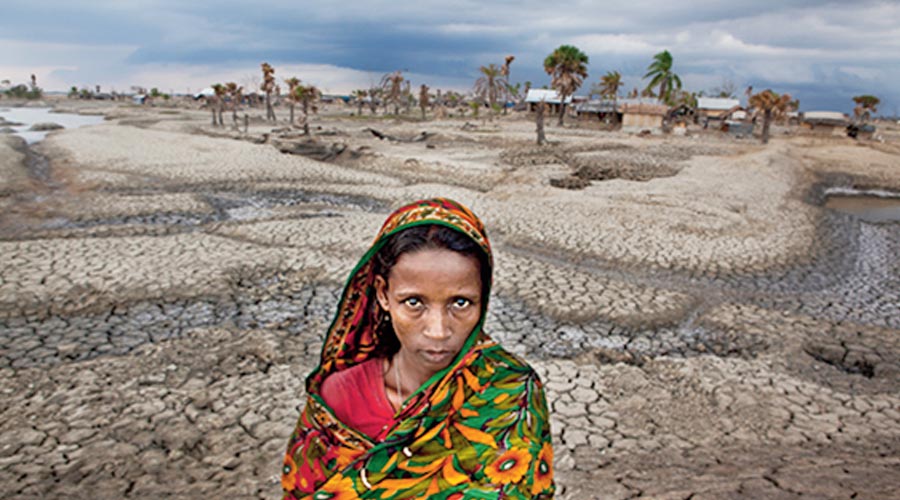 Separated by international borders but unified by a common language and culture, battered by frequent cyclones, ravaged by poverty and, yet, resilient due to communal harmony, the Sunderbans have come under a shadow due to everchanging national policy on citizenship, the politics revolving around cross-border migration, and the geopolitical uncertainties in Southeast Asia.

The Sunderbans are the world’s largest contiguous mangrove patch shared by India and Bangladesh. The Indian part is in West Bengal where the ruling Trinamul Congress is the principal opponent of the Bharatiya Janata Party, which is in power in New Delhi. Island communities have always worked together to survive natural disasters. The two dominant religions, Hinduism and Islam, cohabit peacefully; this harmony is embodied by the collective deification of the Sunderbans’ reigning deity, Bon Bibi. Yet, clashes are not unknown. One such clash took place between refugees and the then power centre in Bengal in Marichjhanpi. The massacre of refugees in 1979 was hushed up even though hundreds of refugees, by some estimates, lost their lives while trying to settle in Marichjhanpi in the Sunderbans.

The Sunderbans are one of the most under-developed parts of India. An estimated 30% of households have one member migrating for income generation. As per studies, 20% of households have to send their children to work as child labourers to augment the family income. A World Bank strategy report projected around 29% child mortality in 2008 due to water and sanitation-related issues. Penury has increased human trafficking, pushing ‘climate refugees’ into the flesh trade.

There are other problems. The recent Citizenship (Amendment) Act and the proposed National Register of Citizens have thrown claims of citizenship by the refugees into uncertainty. The CAA seeks to grant citizenship to persecuted religious minorities who crossed over into India from neighbouring nations by December 31, 2014. Muslims have been kept out of the purview of the law. Most refugee influxes in the Sunderbans have taken place during international crises (Partition, the Liberation War in Bangladesh). Refugees are less likely to possess the documents necessary to gain citizenship.

Infiltration is an issue that has baffled both India and Bangladesh. The Indian government is putting up fences and high-tech surveillance to deter infiltration. But for generations, people have freely navigated across the sparsely-guarded international border. A common language and shared culture also make demarcation difficult.

The CAA has led to tension between Bangladesh and India. The legislation may have been referred to by Dhaka as India’s ‘internal matter’ but it can create political ripples in Bangladesh’s next general election. Attempts to ‘flush out’ illegal immigrants led to loss of lives in Assam. The situation can be worse if such an attempt is made in the Sunderbans.

The Sunderbans have significant geopolitical relevance. The power balance is rapidly shifting in Southeast Asia and any instability in India’s backyard can be costly. Turbulence in the Bay of Bengal can invite interventions from China and its regional allies. India’s friendship with Bangladesh is crucial to safeguarding its strategic position.

But hard-lined policies can create rifts between the two neighbours. The way out lies in soft-power diplomacy. Bilateral dialogue over cross-border migration is better than communally-exclusive policies. India’s ruling party can also learn a few things about communal amity from the Sunderbans’ people and work together with the Bengal government to liberate the islanders from the clutches of under-development and poverty.